A leading telecommunications operator based in Japan provides fixed line and mobile telephony, Internet and digital television services. It also runs an ICT business that offers datacenter services in many countries throughout the Asia Pacific region.

With the growth of containerization and microservices-based architecture, the operator’s ICT business wanted to offer Kubernetes to enterprise customers interested in running cloud-native applications. The company wanted to deploy Kubernetes as part of a hybrid environment that would give clients the flexibility of accessing VMs, containers or baremetal instances as needed. The operator was also interested in creating internal business applications with microservices and needed to provide containers to internal development teams.

The company wanted to deploy Kubernetes as part of a hybrid environment providing VMs, containers and baremetal instances

One important benefit of Kubernetes the operator saw was the ability to reduce hypervisor overhead by running containers on baremetal. The operator was using legacy VMware based virtualization infrastructure, which required not only significant hypervisor resources, but also a lot of effort to operate and troubleshoot, not to mention downtime from periodic version upgrades.

The operator turned to Mirantis for its dual Kubernetes and OpenStack integration in Mirantis Cloud Platform (MCP) and commenced a three-month proof of concept (PoC) to verify its capabilities. Mirantis partner CTC served as the primary system integrator for application deployment on containers. 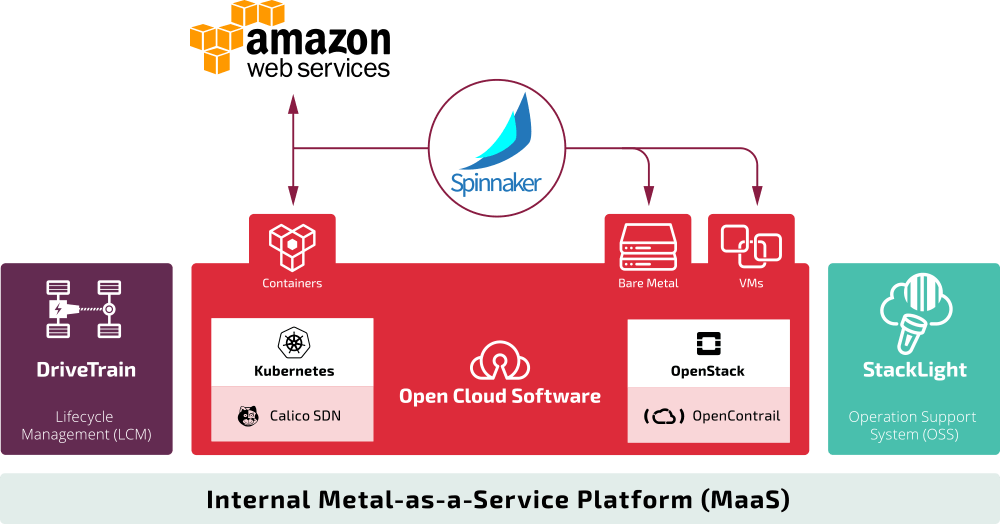 In the PoC, the operator wanted to perform functional testing of the following: 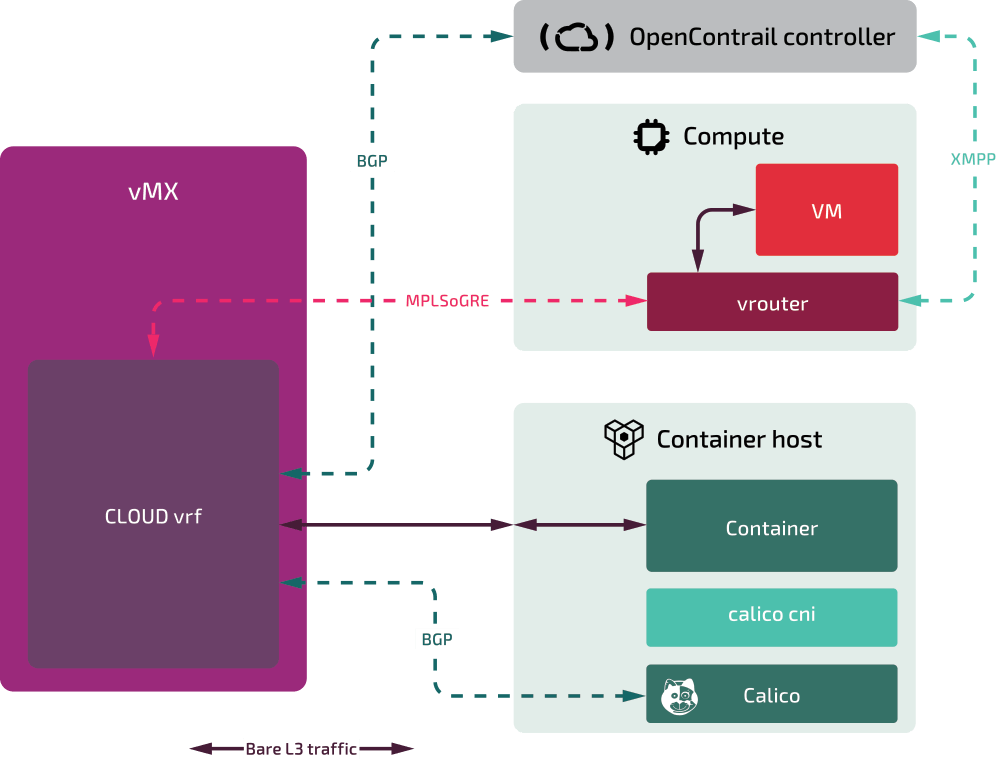 One challenge from the start was that the operator did not want to purchase new servers that met MCP hardware requirements. Thus, preparing the physical servers took longer than originally planned as Mirantis deployment engineers worked to assess the operator’s existing hardware and build and tune Kubernetes and OpenStack environments on existing equipment, which did not exactly match the MCP reference architecture. To offset this delay, Mirantis went ahead and deployed and tested the environments in a Mirantis lab while hardware was still being prepared for the operator. As a result, Mirantis was still able to meet the original deployment deadline of only three weeks.

After the hybrid cloud was deployed, tested and delivered, the operator saw first-hand how MCP simplified cloud operations through its CI/CD based lifecycle management system, known as DriveTrain, which automates updates through the use of Infrastructure as Code, and through its StackLight Operations Support System (OSS), which provides continuous monitoring, logging and alerting to maximize uptime of the cloud.

Mirantis also helped the operator set up and configure Spinnaker, which was used to deploy containerized applications into a public cloud running on AWS, as well as into the private cloud using Kubernetes to deploy on baremetal and on top of OpenStack.

The operator considers the PoC with Mirantis a success due to its ability to demonstrate a hybrid Kubernetes and OpenStack environment with multiple design patterns. Mirantis successfully completed all of the work scoped for the PoC, including the environment preparation, performance tests, and identification of possible issues with future commercial use of the hybrid cloud.

The operator is very satisfied with the service they received from Mirantis deployment and support teams during the PoC. They especially appreciate deployment engineers’ flexibility in using the company’s existing hardware and Mirantis’ ability to complete the deployment in only three weeks despite the initial delay in physical server preparation. Also, the company values the frequent communications Mirantis deployment engineers provided through daily status update meetings, which gave the operator peace of mind that they could trust Mirantis for cloud deployment and support.

The operator is also impressed by how DriveTrain and StackLight were fully set up and operational at the time of cloud delivery and sees it not only as a reflection of Mirantis’ expertise but as something that the operator’s customers will value as well in the future.

With the success of the hybrid cloud PoC, the operator is now surveying customers to identify applications appropriate for container technology and cloud-native design and expects to soon deploy a hybrid OpenStack and Kubernetes cloud in production to meet client needs.