Docker Run: How to create a Docker image for an application 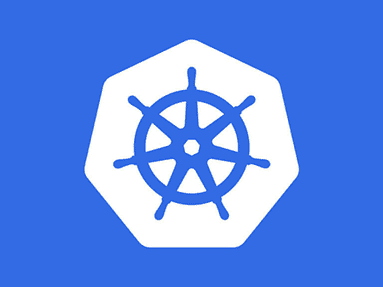 Before learning to create Docker images, the first thing that we need to understand is how Docker images themselves work.

The key to a Docker image is that it's a layered file system. In other words, if you start out with an image that's just the operating system (say Windows) and then add an application (say Nginx), you'll wind up with something like this: 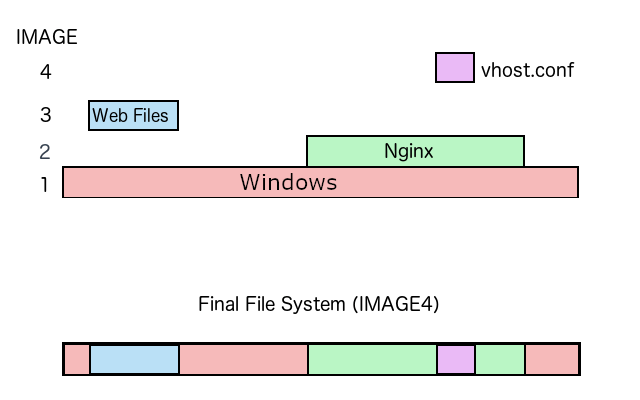 As you can see, the difference between IMAGE1 and IMAGE2 is just the application itself, and then IMAGE4 has the changes made on layers 3 and 4. So in order to create an image, you are basically starting with a base image and defining the changes to it.

I hear you asking, "But what if I want to start from scratch?" Well, let's define "from scratch." Chances are, you mean that you want to start with a clean operating system and go from there. Well, in most cases there's a base image already available to do exactly that.

But maybe you want to spin up a bare-bones foundation for your new container...using Docker’s scratch image. In that case, skip forward to the Using a Dockerfile section. (For further information on creating a Docker base image, including instructions on using tar to package a parent image, check out the Docker docs.)

How do I create a Docker image?

In this guide, we’re going to look at two methods for creating a new Docker image:

Let's start by creating a new image from an existing container.

Creating a new Docker image from an existing container

When it comes to Docker, getting started can be pretty straightforward. In this example, we're going to start with an image that includes the nginx web application server and PHP. To that, we're going to add support for reading RSS data using an open-source package called SimplePie (available for download at GitHub). We'll then make a new image out of the altered container.

Set up Docker and Docker Hub

The very first step is to make sure that your system has Docker Engine installed. For Windows and Mac users, the process has changed with the introduction of Docker Desktop. You can follow the instructions here to install Docker.
Next, you’ll need to get the base image. For this tutorial, that’s webdevops/php-nginx, which you can find in the Docker Hub repository — in order to “pull” it, you’ll need a Docker Hub ID. If you don’t have one already, go to https://hub.docker.com and create a free account.

The first thing we need to do is instantiate the original base image, or have Docker create a container from an image.

Go to the command line where you have Docker installed and log in to the Docker Hub:

We're going to start with the base image and have Docker start a container.  Instantiate webdevops/php-nginx:

The -dP flag makes sure that the container runs in the background, and that the ports on which it listens are made available.
Make sure the container is running:


A couple of notes here. First off, because we didn't specify a particular name for the container, Docker assigned one.  In this example, it's small_bassi.  Second, notice that there are 3 open ports: 80, 443, and 9000, and that they've been mapped to other ports (in this case 32822, 32821, and 32820, respectively -- on your machine these ports will be different).  This makes it possible for multiple containers to be "listening" on the same port on the same host machine.  So if we were to try and access a web page hosted by this container, we'd do it by accessing:

So far, though, there aren't any pages to access. Let's fix that.

Create a file on the container

In order for us to test this container, we need to create a sample PHP file.  We'll do that by logging into the container and creating a file.

Now it's time to go ahead and add RSS.

Make changes to the container

Now that we know PHP is working we can go ahead and add RSS support using the SimplePie package.  To do that, we'll simply download it to the container and install it.

Now, we can turn it into a new image.

Let's look at how to create a Docker image from the container. We have a working container and we want to turn it into an image and push it to Docker Hub so community users can access it.  The name you'll use for your container typically will have three parts:

For example, my Docker Hub username is nickchase, so I am going to name version 1 of my new RSS-ified container

You should see the same output as before.

Manually creating a new image from an existing container gives you a lot of control, but it does have one downside. If the base container gets updated, you're not necessarily going to have the benefits of those changes.

For example, suppose I wanted a container that always takes the latest version of a Linux operating system, such as the Ubuntu operating system, and builds on that. The previous method doesn't give us that advantage.

Instead, we can use a method called the Dockerfile, which enables us to specify a particular version of a base image, or specify that we want to always use the latest version.

You can also use Dockerfiles to specify other attributes of containers and images. For example, let's say we want to create a version of the rss-php-nginx container that starts with v1 but serves on port 88 (rather than the traditional 80).  To do that, we basically want to perform three steps:

We'll do that by creating a local context, downloading a local copy of the configuration file, updating it, and creating a Dockerfile that includes instructions for building the new container.

Let's get that set up.


Notice that you now have a mapped port for port 88 you can call:

Create a Docker base image

Remember when we said we could use a Dockerfile to create our own base image “from scratch”? In this case, that means building from a special, just-the-essentials image provided by Docker called scratch. In order to do this, we simply begin our Dockerfile with the following specification:

When Docker goes to build your image, the system will treat the next line after FROM scratch as the image’s first filesystem layer.

Creating new Docker images that can be used by you or other developers is pretty straightforward.  You have the option to manually create and commit changes, or to script them using a Dockerfile. Once your images are created, you can orchestrate your containers in large-scale, dynamic deployments using Kubernetes.

In our next tutorial, we’ll look at using YAML to manage containers with Kubernetes. 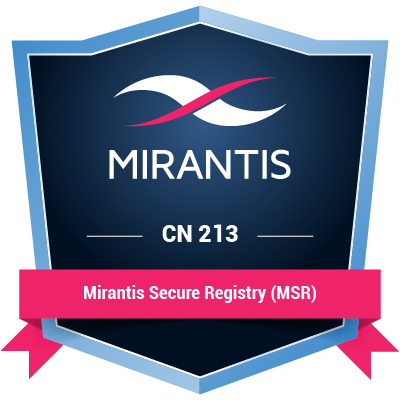 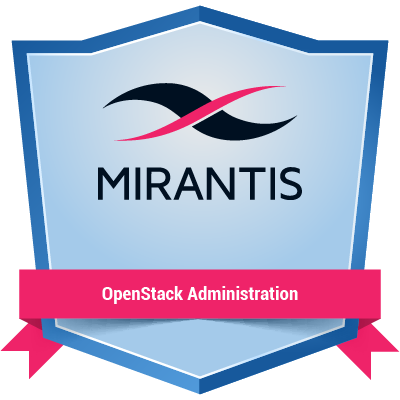 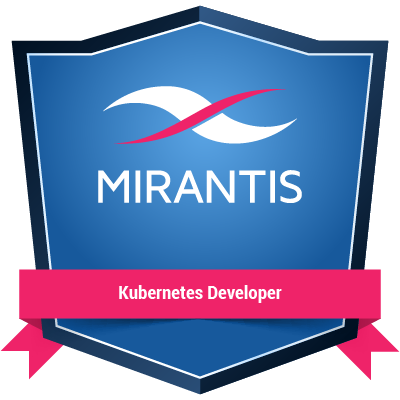