In tcp cloud, we keep testing the latest technologies and approaches related to OpenStack. This time we decided to see how multi-hypervisor support for the OpenStack platform really works. All of our production environment uses native KVM virtualization, but today we take a closer look at Hyper-V hypervisor integration and the possibilities of its deployment. Later posts will cover testing of PowerKVM or VMware hypervisor integrations as well.

We used instructions from Cloudbase company to conduct our testing. This company maintain support for Microsoft technology for OpenStack services. When integrating any hypervisor into OpenStack there are two important questions to ask:

The first question is the easier, since the OpenStack at Icehouse release supports almost all virtualization platforms like Xen, KVM, VMWare, Hyper-V and PowerKVM. There is a Nova driver for Hyper-V starting from Grizzly release (April 2013) and thanks to Cloudbase there is even a simple installer for Microsoft Windows Server 2008 R2, 2012 and 2012 R2. The installer is has following features::

The second question is a little more complex, because practically the whole OpenStack and cloud computing in general is always about a good network architecture. Hyper-V provides two ways to integrate Neutron network service.

During our testing we tried both possibilities, but we decided to stick with the standard Hyper-V plugin for Neutron for it’s stability.

We have created following dedicated multi-hypervisor topology for our testing purposes:

The server performs the role of the control element of OpenStack platform and provides all services (Keystone, Cinder, Glance, Nova, Neutron), along the MySQL database, and RabbitMQ. In tcp cloud we use the configuration tool SaltStack (blog) to deploy OpenStack cloud and other products. Therefore we launched  new controller with the standard configuration for KVM within an hour. Networking was built on Neutron ML2 plugin (Modular Layer 2 plugin), with the type of VLAN (Virtual LAN), driver type HyperV. Range of VLANs 1000-2999.

It was also necessary to modify the configuration of the OpenvSwitch:

Creating the new network will create a new port as well: 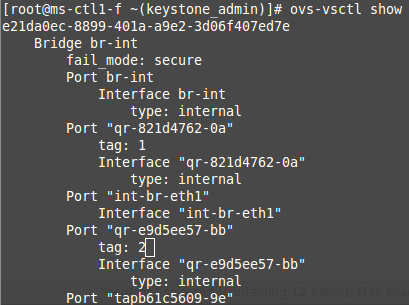 To install Nova Compute service we used the automatic installation from web cloudbase. It lets you to setup authentication type(in our case keystone), APIs adresses and their ports, all passwords for Nova and more. 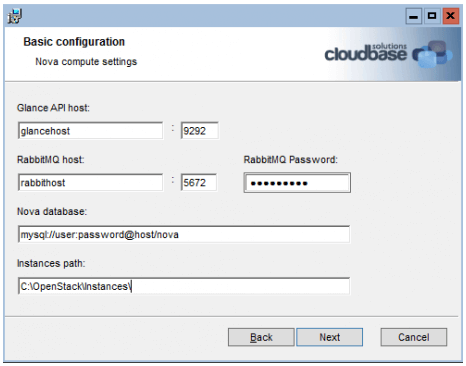 To launch instances only on the Hyper-V server we had to disable nova-compute service on the controller:

After restarting the services we can verify that the Hyper-V agent on server WIN-VQLBCDH0LK1 is working properly: 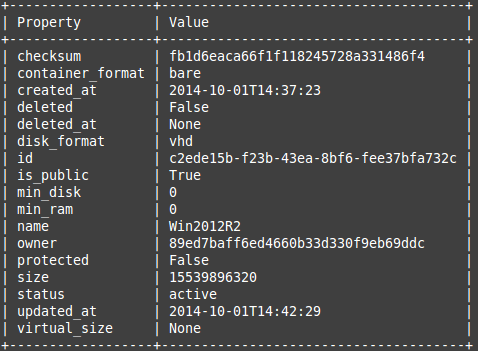 This is possibie either from OpenStack dashboard, or by the command line inferface:

Ping from router to the instance:

New server is displayed as a running instance with a generic name in Hyper-V Manager.

After connecting to the instance we can test ping back to the router: 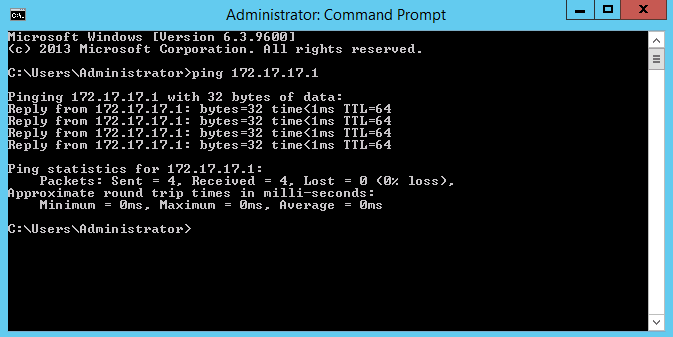 The aim of our test was to find out whether it’s possible to deploy OpenStack in multi-hypervisor way, so we reallowed the nova-compute service on the controller:

Creating a new network and subnet:

Finally, we would like to say to our surprise, is it really possible to run a hybrid environment of KVM and Hyper-V virtualization under a single platform. Thanks to simple usage of use of shared storage under Hyper-V it’s easy to perform a live migration or run MS SQL or other Microsoft applications directly on their native virtualization. However, due to the impending Juno release it will be very difficult to integrate new technologies as a DVR, etc.

Another interesting fact is that this entire environment wes built without any license fee!