Here are the highlights on our corporate team-building in Vegas last week. Special thanks to Rachel and Athena for making this party happen. Thank you to all who participated and helped make it fun. 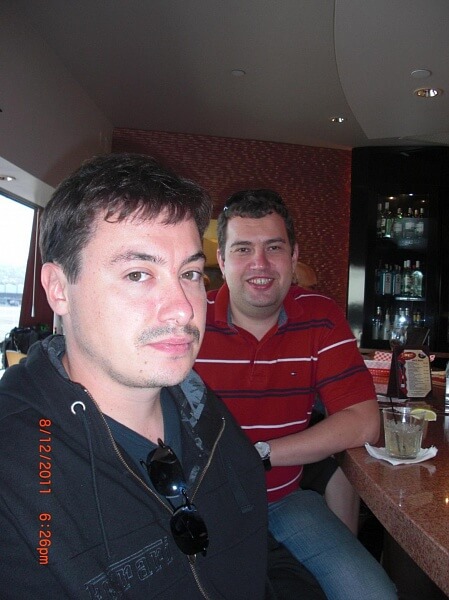 We started by warming up with some drinks in the airport bar on the way over to Vegas. 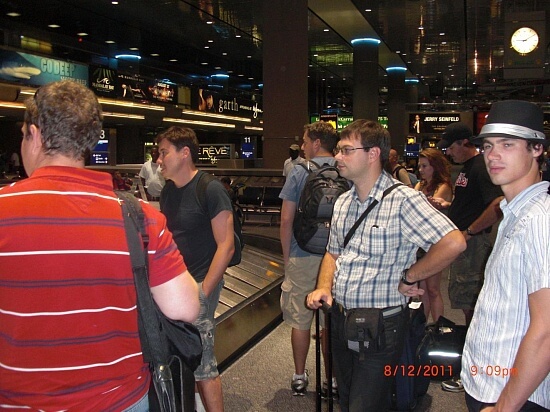 The luggage belt broke upon our arrival and it took over an hour to get our luggage. By then, the buzz from the airport bar session started to wear off… =(. 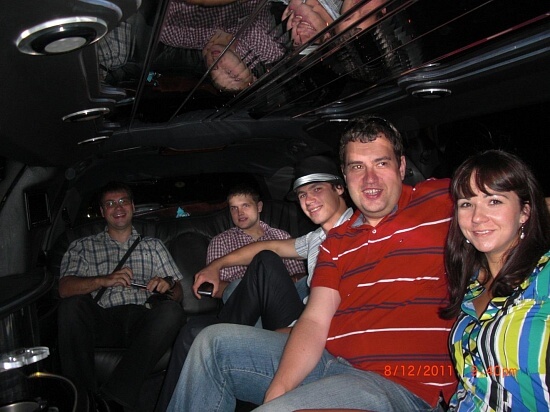 The taxi line outside the airport was loooong… so we decided to embellish our Vegas experience immediately by taking a limo to the hotel. 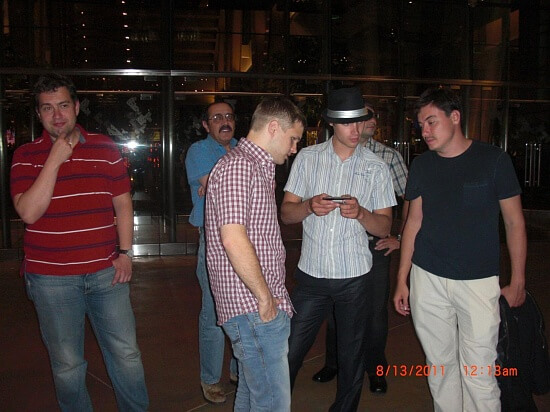 After a brief bite to eat in Vettro café in Aria (which, by the way, is a horrible restaurant… don’t go there), we split up into two groups – the strong and the weak. The weak went to sleep or gamble. The strong went clubbing. Came back to the hotel room only at 4am. 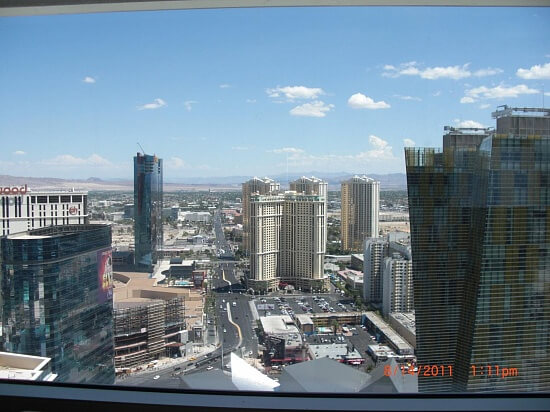 The next morning, we woke up to this view; 51st floor in Aria. Don’t get too excited – as with many Vegas hotels, they don’t have floors 40-50 in Aria. 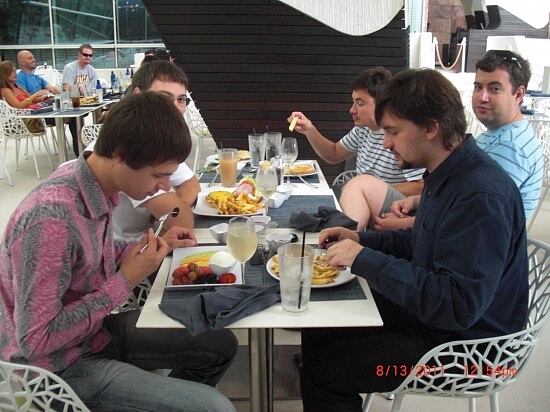 Breakfast… some people slept in late, so our ranks were slim at breakfast. 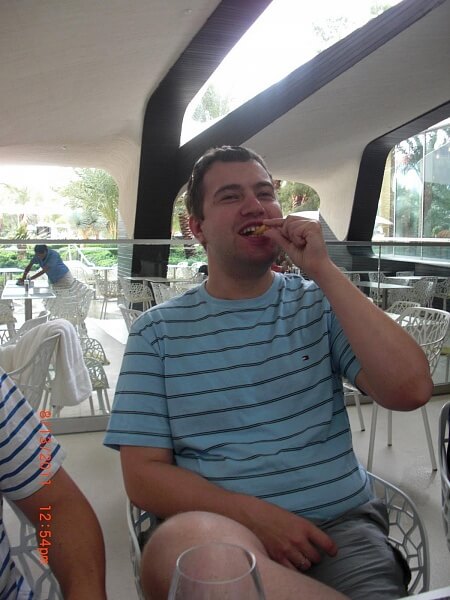 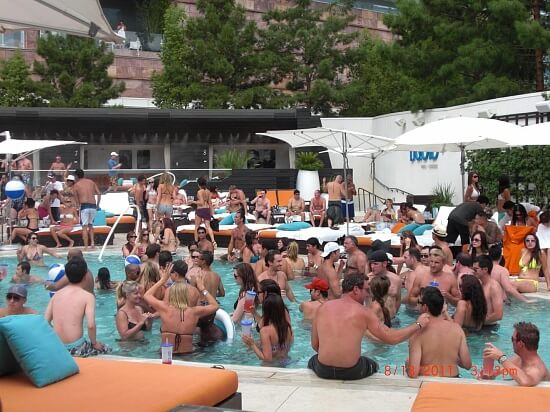 Next stop – quintessential Vegas pool party at Liquid Lounge. $5 to anyone who can spot Mike Scherbakov and Julia Varigina in the crowd. 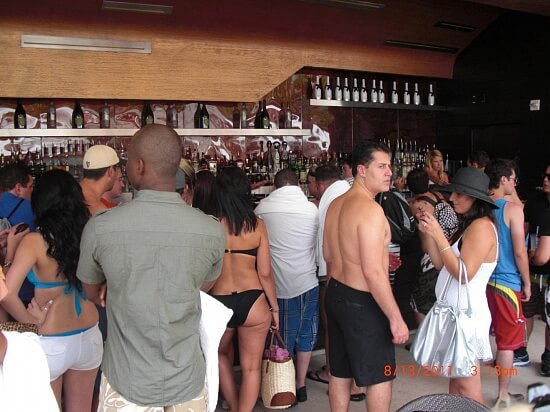 Why would anyone herd in the pool with 100 people in it, music blasting and no seating space, when you can quietly lounge next to one of 10 other pools in the hotel? The point of the pool party only comes to you after a few drinks… as you can see from the stampede by the bar, we were not the only ones to feel that way. 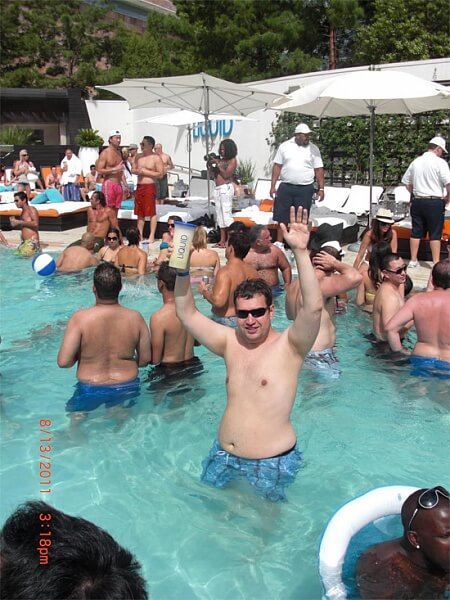 Once you get a drink in your hand – it’s BLAST OFF! 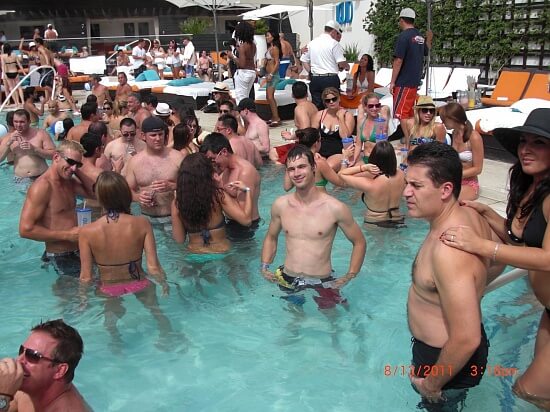 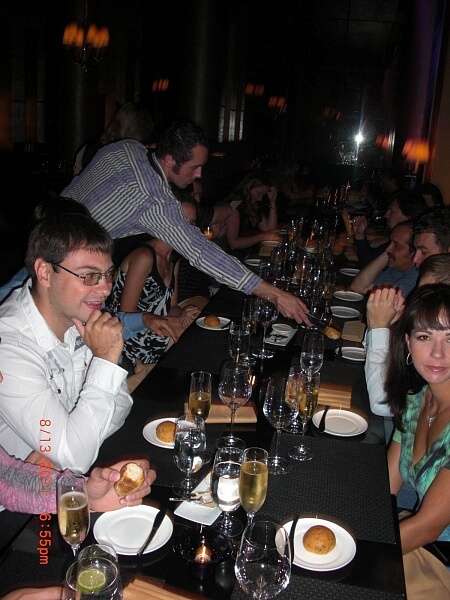 It was dark and all we had was a point and shoot… so not so many pictures at the dinner. But basically this is what it looked like. 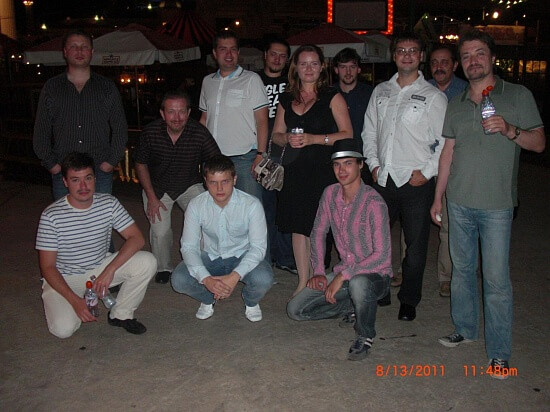 After the dinner we went to watch a show – Absinthe. This group picture was taken immediately after.

11:48pm – time to split up again into gamblers and partiers. Since I belonged to the party group, you don’t get to see the pictures of the gamblers… sorry. 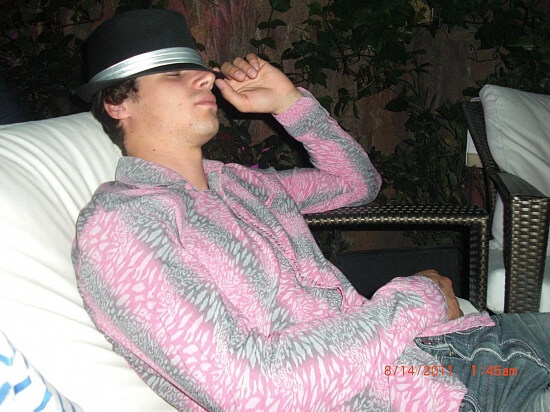 Second night of clubbing looked like this. 1:45am and Mike is asleep on a couch at Tryst. This is called a SHUT DOWN! 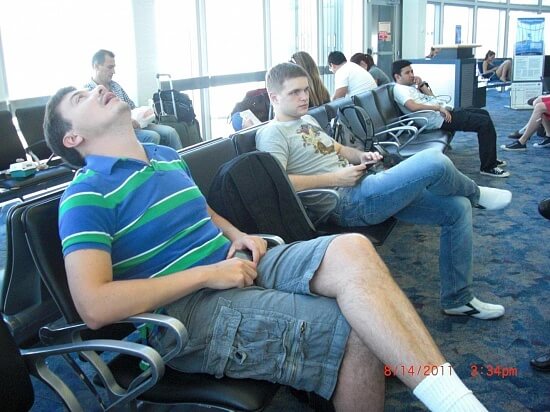 And my SHUT DOWN happened in the airport on the way back.

2 responses to “Our Contribution to the Vegas Economy”