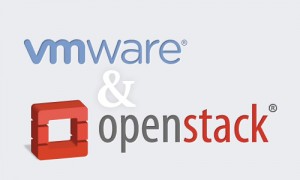 You might not think about VMware as "open"—but maybe you should. While VMware is not about to open source their ESX hypervisor—they’re not THAT open—they are betting heavily not just on OpenStack, but on hybrid cloud in general. And if VMware wins, the biggest loser may be Red Hat.

Red Hat is, of course, the poster child for turning open source into a multi-billion dollar business, but more than that, the company has made it clear that it's betting the farm on OpenStack. If it loses what could be one of the biggest open source markets in history to what is essentially a proprietary software company, what does that say? And could it actually happen?

VMware is known for virtualization more than for cloud. In fact it's been in the cloud business with vCloud Air since May 2014, and it began contributing to OpenStack in 2012.  All of that led up to an announcement of VMware Integrated OpenStack (VIO) in August 2014, which enables users to use the OpenStack APIs to control vCenter resources.  At the time, most of the market was skeptical.  Many thought it was VMware's way of trying to kill OpenStack.  Others took the company seriously and saw the move as a defensive play.

A few proposed that VMware could actually win.

But why?  It's simple. OpenStack has often been  seen as a no-cost replacement for VMware, which naturally attracted the attention to all of those companies paying VMware for licenses -- the ones Red Hat would love, of course, to win over.  But rather than lose them, VMware is making OpenStack part of its hybrid cloud story for uniting on-premise and public resources. VIO has now graduated from beta testing, and VMware stressed that customers can use the tools they’re familiar with, like vSphere, to manage OpenStack. All of these new product features add up to an environment that enables VMware customers to view the public cloud as an extension of their on premise data centers, and embrace OpenStack-- with VMware ingredients, according to Ben Fathi, VMWare CTO.

The same goes for containers. Before customers get an inkling that containers could be a replacement for virtualization, VMware plans to support them too, via its Open Container API. In other words, VMware keeps finding ways for  customers to keep using their tools as they march boldly into the brave new world of the cloud.

But one aspect of the VMware OpenStack story might not be as apparent: by making OpenStack free to more than half of its huge installed base, VMware is seeding OpenStack with its hypervisor, ESX. And that’s not great news for Red Hat.

50 Million VMs is a lot to lose

Red Hat is, in many ways, the acknowledged leader in the OpenStack market.  At the very least, it's been the 800 pound gorilla beating its chest.  But given VMware’s leadership in the server virtualization market, could ESX become the dominant hypervisor in OpenStack deployments as VMware customers embrace OpenStack? Let’s look at the numbers.

But VMware dominates the server virtualization market, and has five times the hypervisor installed base as its next competitors, Microsoft and Red Hat. In 2013, 3.4 million virtual servers used ESX, compared to 700,000 using Hyper-V, and 600,000 using KVM, according to IT Candor. Today Gelsinger claimed that last year as many as 50 million virtual machines were running on VMware.

That's 50 million VMs that won't be moving to Red Hat's OpenStack distribution if VMware can make their offering compelling enough.

Antidote to Rip and Replace

Red Hat often talks about the importance of matching an OpenStack distribution with the Operating system on which it runs, but the success of non-operating system vendor distributions show that that may not be what really matters.

At the end of the day, OpenStack is about making IT more efficient and more effective. One way it does that is by leveraging existing infrastructure. You might have a mixture of servers, storage devices, and networking gear, and because OpenStack has been built to be able to accommodate all of that via drivers and plugins, you can layer it onto your existing systems and go.

That's what VMware shops want to do.  Why would they want to do a rip and replace to move their VMware infrastructure to Red Hat Enterprise Linux OpenStack Platform when they don't gain anything in terms of freedom from lock-in?

Not so much. At the end of the day, when it comes to this large installed base, what really matters is ease of use and integration with existing environments.

What's more, these days Red Hat would even have a hard time disputing VMware's motives.  VMware is serious about OpenStack, as illustrated by its code contributions, OpenStack Foundation platinum membership, and recent announcements. All of this is because VMware recognized that the "open" movement could be a threat if they didn’t disrupt themselves first. Whether VMware attracts new, non-VMware customers to its OpenStack platform or not, by making it easy for customers to add OpenStack and leverage their investments in infrastructure, the company will keep its customers from fleeing the VMware platform.

VMware recognizes that the company that makes it easiest to integrate OpenStack with existing infrastructure wins. And by mining its massive installed base, VMware could become an OpenStack leader, with ESX unseating KVM as the most used hypervisor.