As many of you have probably noticed by now, Mirantis likes to get creative in our participation within the OpenStack and Open Source communities. For the upcoming OpenStack Summit in Barcelona, we have a special booth design that pays homage to many of our past designs. We’re also asking summit attendees to play a game and find some of these designs within our booth, so we thought it would be a great opportunity to collect them all here in a retrospective that you can use as a reference at the summit. We hope you enjoyed them as much as we did, and we’re looking forward to showing a few new designs in Barcelona. 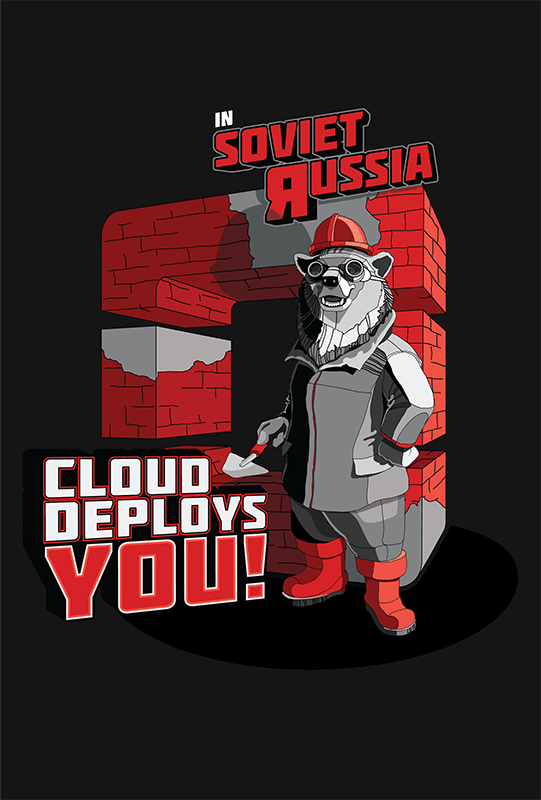 Ever since our early days as OpenStack pioneers, we’ve cultivated an iconoclastic and unconventional culture that is still going strong today. We’re also not afraid to poke fun at ourselves. Paying “homage” to our company’s Russian origins, playing off stereotypes of Russia from the Cold War, the Mirantis Bear made its first appearance in one of our earliest promotional designs. 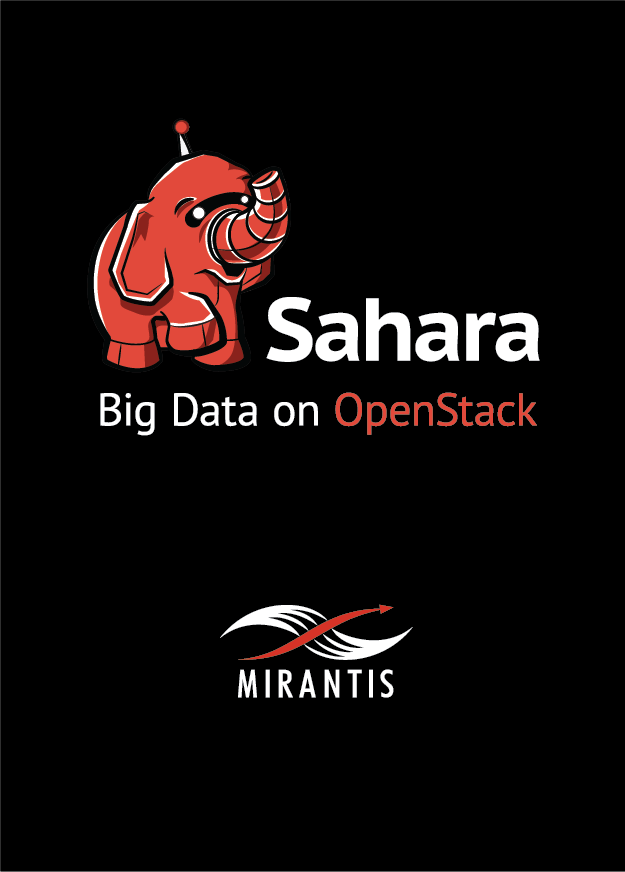 As one of the leading contributors to the OpenStack source code, Mirantis has also started a number of projects within the “Big Tent”. One of those was Sahara, and the Sahara Elephant character made an appearance on a t-shirt design.

While OpenStack deployment is still not easy, several years ago it was considerably more difficult. Mirantis parodied this complexity in an Ikea-inspired t-shirt design that remains one of our most popular designs. 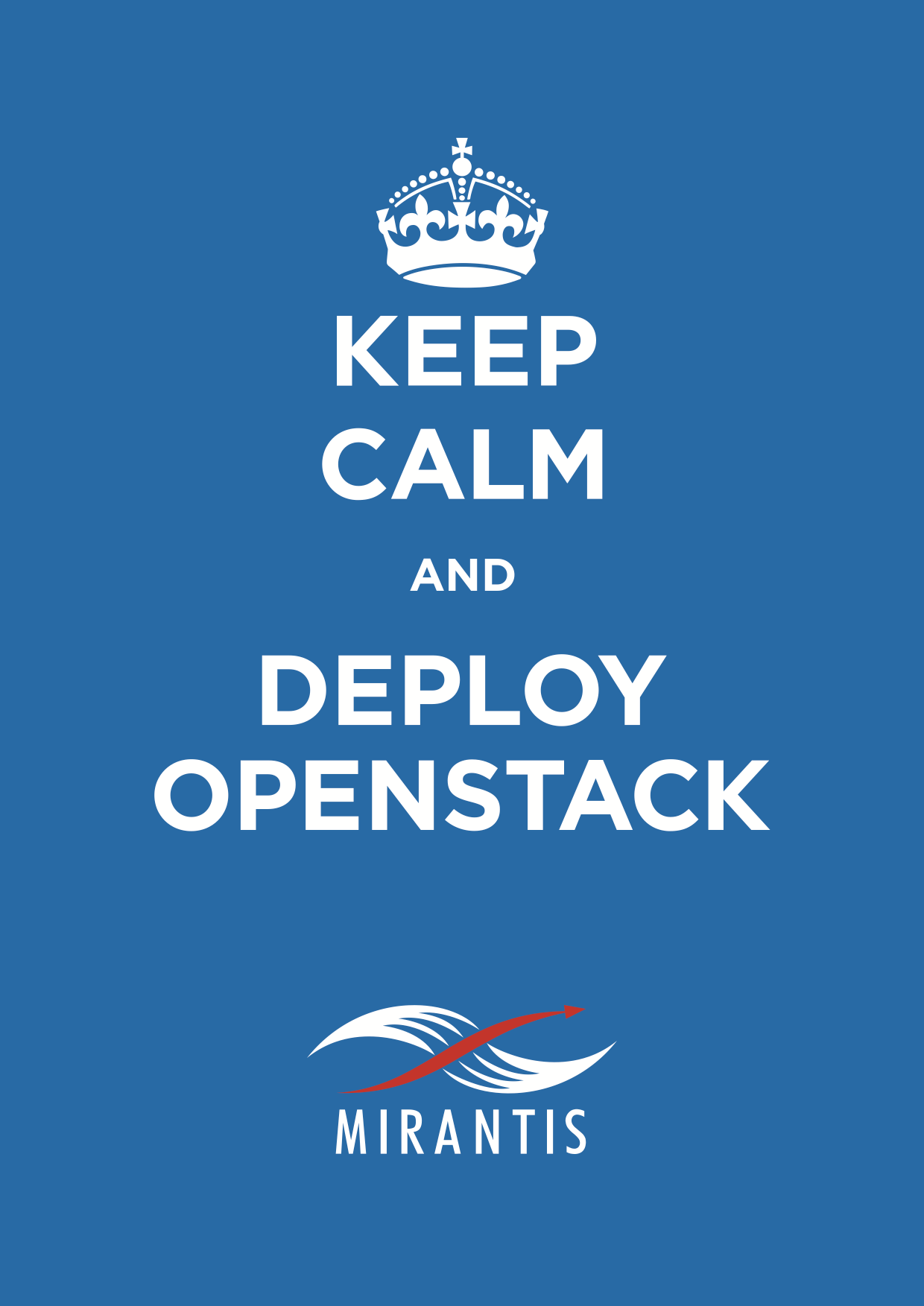 Capitalizing on the popularity of “Keep Calm” memes from a couple of years ago, Mirantis makes a t-shirt that hints at the “calming influence” of OpenStack deployments using Fuel 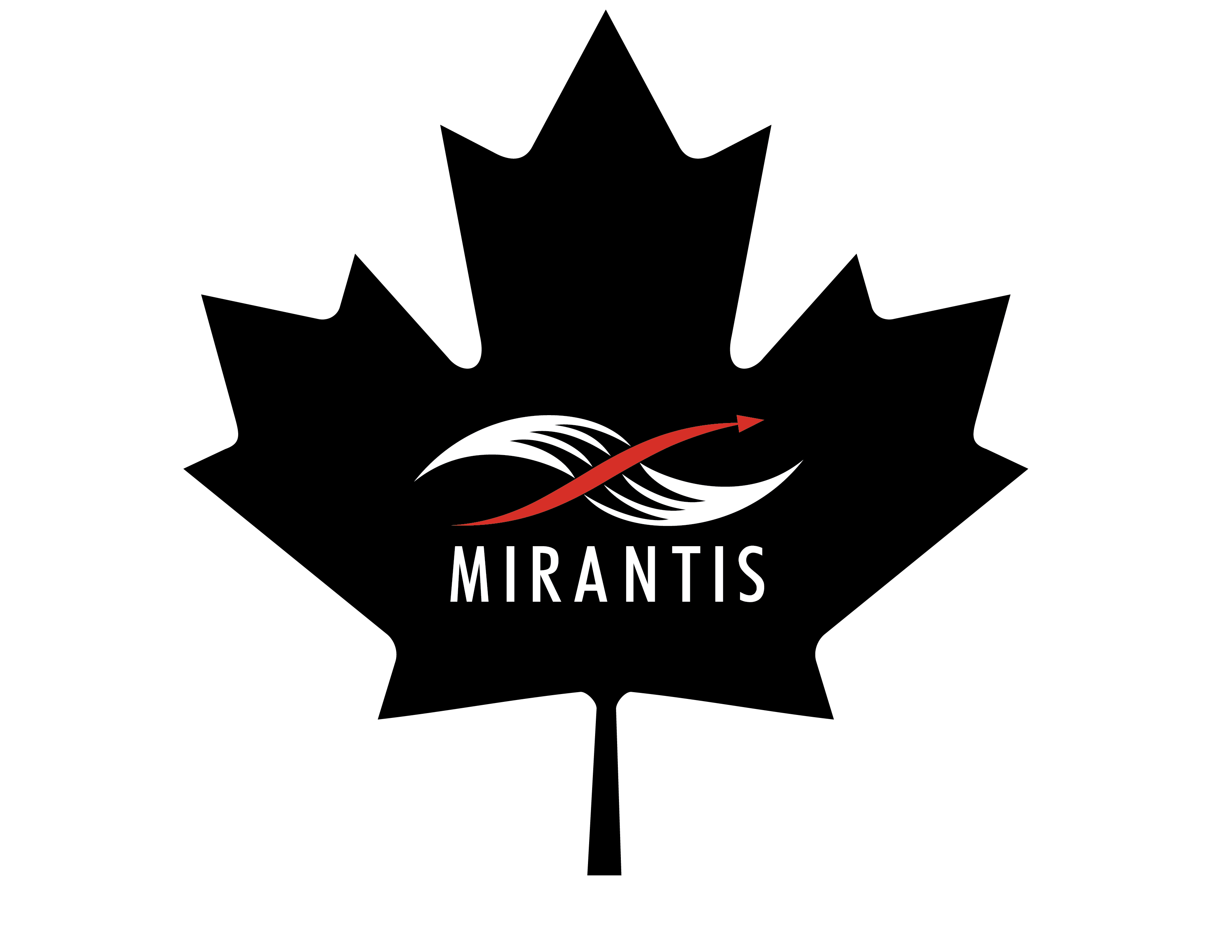 To celebrate with our neighbors to the North and their love of ice hockey, Mirantis made a maple leaf logo to wear proudly on our hockey jerseys at the summit in Vancouver. 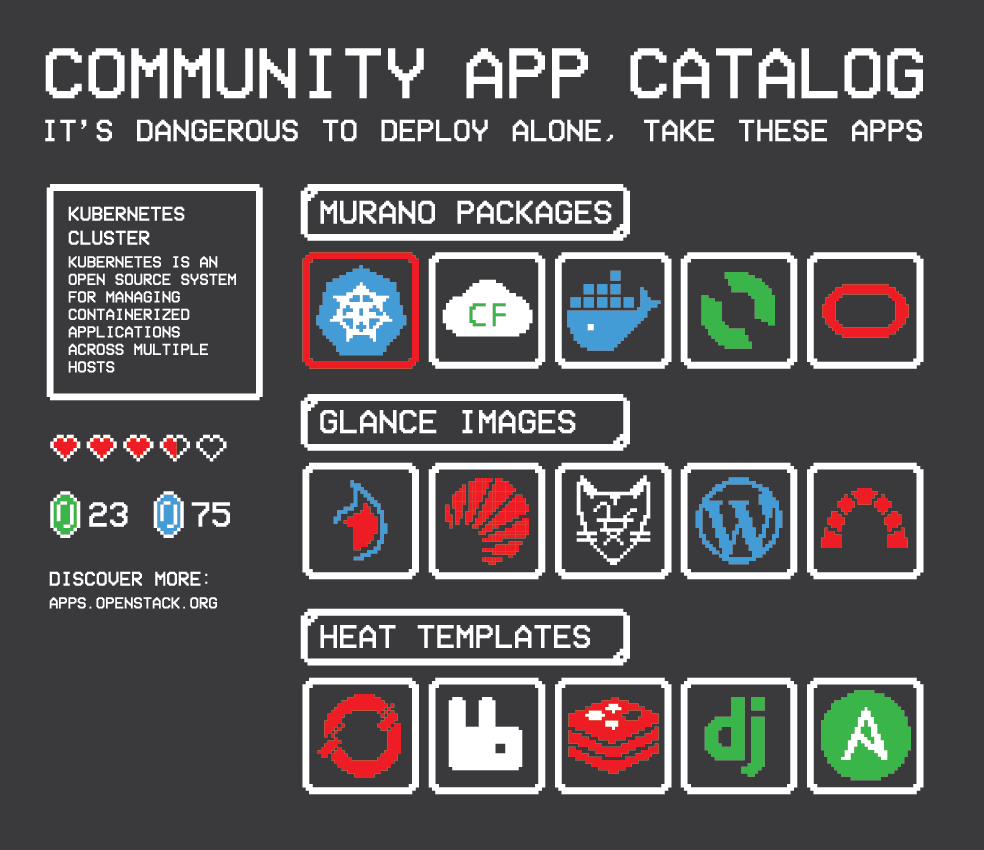 As one of the early innovators with the Murano project, Mirantis was instrumental in launching the OpenStack Community App Catalog, and produced this Zelda-inspired app “inventory” t-shirt design. 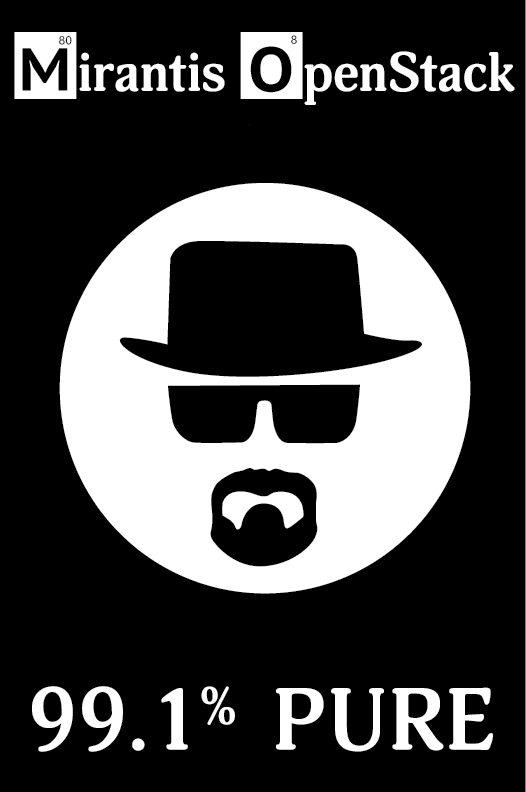 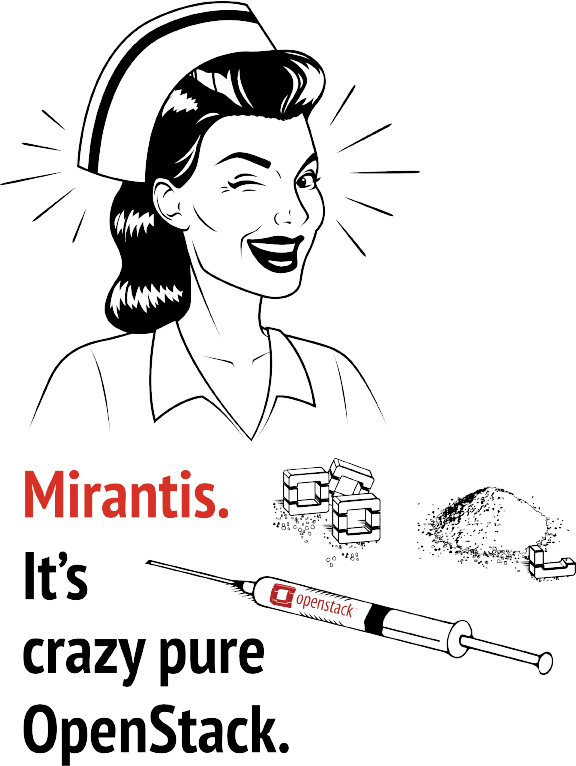 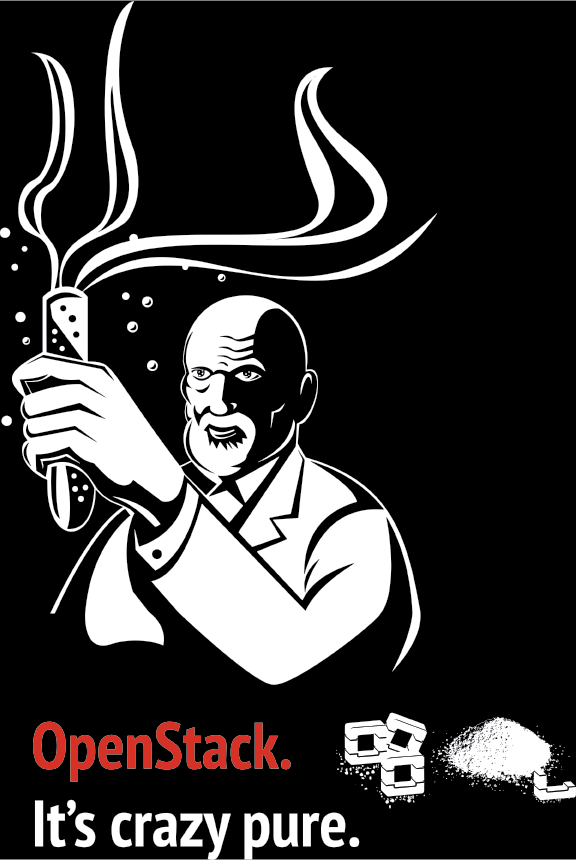 Having established ourselves as the leading Pure Play OpenStack company, at the summit in Paris we “highlighted” the purity of our OpenStack distribution in several tongue-in-cheek designs. 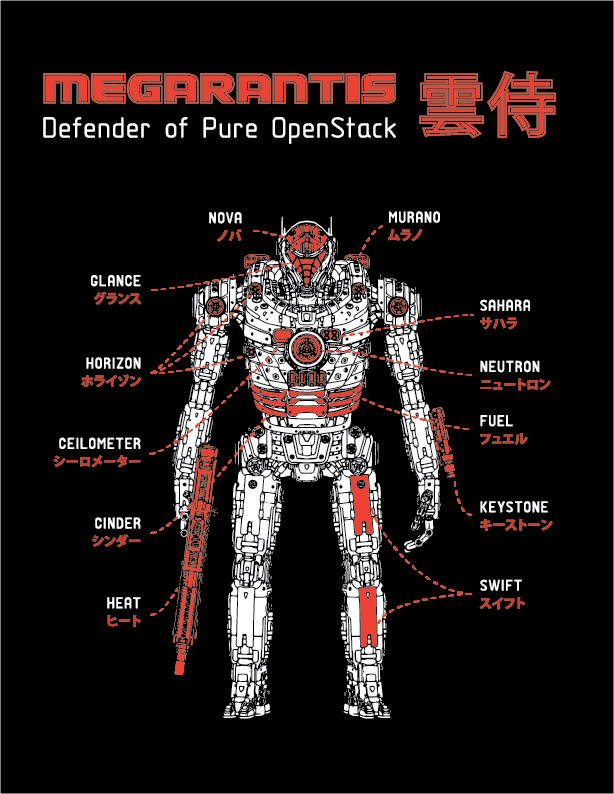 Underscoring our commitment to open, vendor-agnostic OpenStack, at the summit in Tokyo we launched Megarantis, our mechanized defender of Pure Play OpenStack. 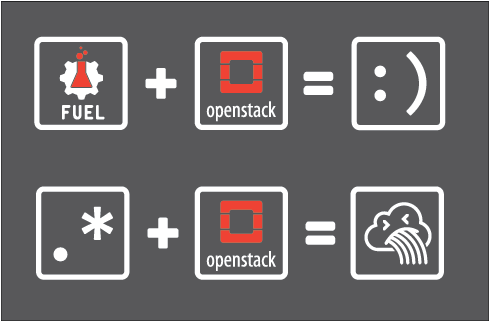 As Mirantis and the OpenStack community continued to invest in Fuel as the leading purpose-built OpenStack installer, our lovable “sick cloud” made its first appearance on a special edition t-shirt for Fuel design session participants.

As a tribute to the ongoing success of OpenStack and its consistent semi-annual releases with alphabetical names, Mirantis created unique beer labels for each release and distributed them on stickers in our “OpenStack Bar” at the summit in Austin. 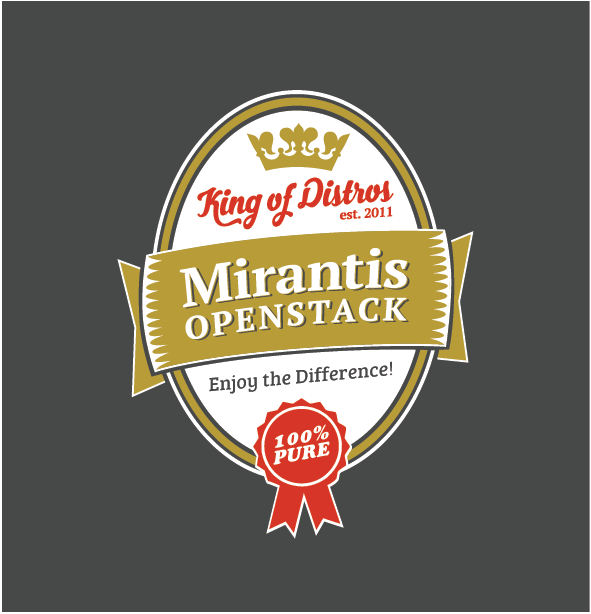 For over 200 successful enterprise deployments, we’ve proudly served Mirantis OpenStack, the King of Distros. In Austin, this design was included in the beer label set of stickers. 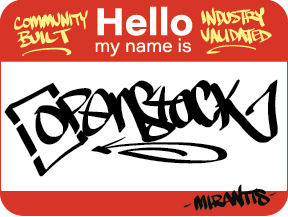 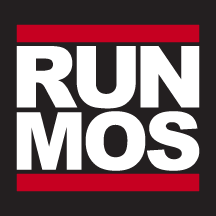 To complement our OpenStack Bar’s “urban” theme, our booth staff in Austin were outfitted in OpenStack graffiti tag hats and t-shirts with a popular design based on the Run-D.M.C. logo. 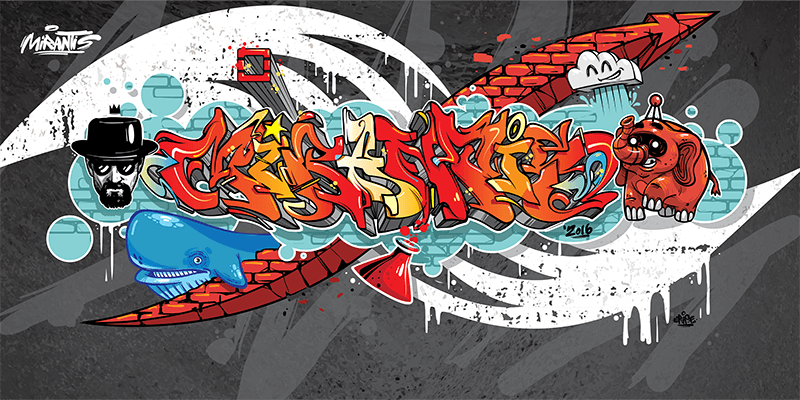