Watch the replays from our Launchpad 2020 conference 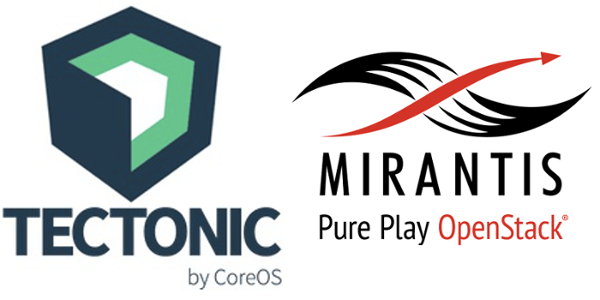 New technologies are great, but if you’re betting your business on them, you want to know that somebody’s got your back. That’s what keeps many companies from diving into new capabilities full-on, even when the benefits seem clear.  For example, while it’s possible to deploy OpenStack from trunk, most companies will instead choose a curated distribution — and the support that comes with it. You can see the same phenomenon at play in the nascent world of containers and container orchestration.

That’s why today’s announcement of the integration of Tectonic, CoreOS’s commercial distribution of Kubernetes, with Mirantis OpenStack is so important.

As cloud becomes the prevalent means for software development and hybrid capabilities become not just common, but required, microservices and containers are an essential part of the developers’ toolkit. And that means orchestration.

Kubernetes, which just reached 1.0 status this past month, is seen as an essential part of that puzzle, making it possible to manage, orchestrate, and scale containers easily so that applications built with them can get the advantages that cloud provides. But there are two things you must know about Kubernetes: it’s an open source project, and it’s focused on functionality.

Neither of these is a handicap, of course.

The fact that it’s open source brings with it lots of advantages: access to the source code, the ability to add features if you need to, and in the case of Kubernetes, a large community working on it to whom you can turn for help if you need it. For many companies, however, that’s not enough; they want commercial support and the SLAs and predictability it brings.

The fact that it’s focused on functionality certainly isn’t a problem; Kubernetes provides capabilities such as creating a “pod” for easily managing and scaling groups of containers. But it’s not necessarily easy to deploy or configure, particularly for developers who aren’t container experts, or for administrators who don’t want to get into coding.

So adding Tectonic to Mirantis OpenStack can be a gamechanger for these companies. They can get the functionality of Kubernetes, as well as additional features you don’t get with community Kubernetes, such as an easy-to-use UI.  When all of that is that integrated with the OpenStack App Catalog, it will enable one-click deployment of both Tectonic and Tectonic-managed applications.

But this integration means even more than that; CoreOS is more than Tectonic. It’s also a Linux distribution optimized for containers, with none of the fluff other general purpose distros have, making it extremely efficient and lightweight. it’s also a company focused on containers and including support and training.

As cloud native applications become the norm, being able to rely on architectures such as microservices and containers becomes more and more of a necessity. Now companies can step out with confidence knowing what we all want to know: that someone’s got their back.