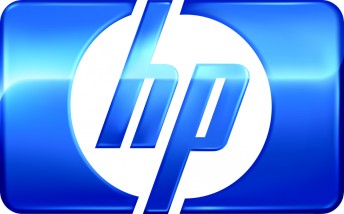 Just two months ahead of its split into two companies — and days before the General Availability of CloudSystem 9.0 — HP announced an additional 25,000-33,000 jobs (depending who you ask) will be cut, most of which will be centered around the HP Enterprise, Inc. side of the business.

This latest round of cuts brings the total number of HP layouts under CEO Meg Whitman to close to 85,000. FoxBusiness attempted to put the losses into perspective. “If you add all the employees that lost their jobs as a result of the Enron, WorldCom, and Adelphia bankruptcies to the 30,000 that Carly Fiorina laid off as CEO of HP during the dot-com demise, the total would fall far short of the number of jobs shed by Whitman.”

Others were more supportive. “You don’t want to send off the new entities in a bloated fashion because then they are going to get into trouble right away and quickly have to announce job cuts to right-size. This is the right thing to do now,” said Steve Conway, IDC Research Vice President, HPC/HPDA.

According to the New York Times, “The big job cuts will come from HP Enterprise, in particular jobs at call centers and other service centers in developed countries. HP plans to automate many of the jobs, and build out positions in countries like India and Costa Rica. The services business had been largely dependent on just a few customers, and in 2014 it lost important accounts.” These cuts constitute about a 10% reduction in the company’s approximately 300,000 employee roster The other side of the business, HP Inc., will have 50,000 employees working in the printer and hardware business, and will reduce its roster by only 3300 jobs, or about 7%, by 2018.

Most of these job losses come from the business that came to HP as part of its $13.9 billion Electronic Data Systems (EDS) purchase in 2008.  At the time, the company was attempting to compete with IBM, which acquired PriceWaterhouseCoopers. Nasdaq points out that while at the time HP struggled over competition with lower-cost consulting services for engagements that involved running data centers, today that same business is moving to the cloud — which HP is trying to embrace.

The new offering also includes ConvergedSystem 700, which provides an optional way to deploy the software in a hyperconverged way. HP CloudSystem 9.0 is available in two editions: CloudSystem Foundation, with core infrastructure services, and CloudSystem Enterprise, with additional advanced infrastructure, platform, and application services, as well as a control plane for hybrid cloud environments.

So are all of these cuts working? The company has told analysts that its “margins are expanding” and it points to a target of $3 billion in “hybrid cloud revenue” but what that actually consists of is unclear.  Most analysts assume that it also includes hardware, storage, and legacy application management.  According to Fortune, “very few people outside of HP truly believe that the company is well positioned in cloud given all the bad news coming out of the place.”

According to Nasdaq, some analysts are concerned that the company won’t have enough employees to service existing customers. As Forrester vice president Peter Burris pointed out to Wired, “selling software to enterprise customers is far different from creating software for consumers,” the magazine explained of his comments. “All 900 million WhatsApp users use the exact same app. You download it an app store, and that’s that. But big companies like banks, insurance companies, and large hospitals need software tailored to their particular needs. Instead of just building the application once and selling it to a client, these companies and their clients have an ongoing relationship. That’s because IT consultants aren’t just going in and telling a customer what to do. Typically, the consulting firm is involved in planning, building, maintaining, and supporting new software.”