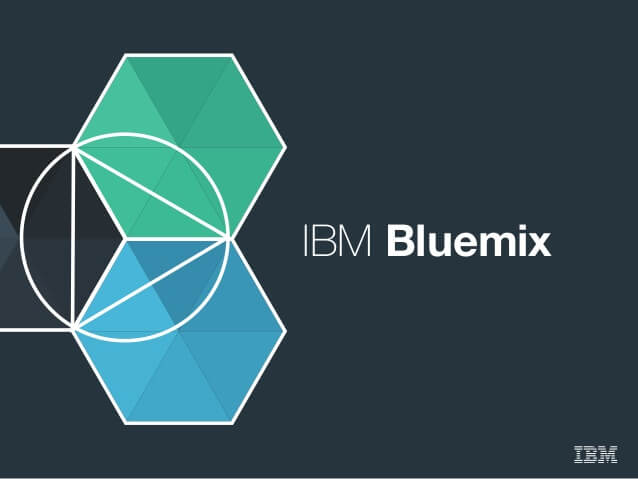 If there’s one thing that IBM understands, it’s the fact that if you want people to use your technology, the first thing you have to do is create a market of people who know how to do that. That’s why the company has run the IBM developerWorks site for years. Last week, IBM announced developerWorks Open, which included 50 new open source projects and tons of tutorials an information on how to create enterprise-focused applications. This week, Big Blue is doing the same thing for the Internet of Things, announcing developerWorks Recipes, which shows developers how to create applications that work with all of those smart devices.  And wouldn’t you know it, one place you can try out all of that good stuff is on IBM Bluemix.

While the Internet of Things seems like something down the road, in fact Gartner predicts that this year we will see as many as 4.9 billion connected devices, such as cars, watches, home thermostats, and other devices that are already on that market. Depending who you ask, by 2020 there will be between 25 billion (Gartner) and 50 billion (Juniper Research) devices to manage.

IBM hopes a good portion of them will be talking to Bluemix. The company is emphasising the ability to tap into these capabilities when building applications. Christopher O’Connor, general manager of the Internet of Things for IBM, said in the press release, “With developerWorks Recipes, IBM provides easy access to new analytics and operational insight capabilities that tap into the vast data from many connected devices, home appliances or cars.” Bluemix currently hosts more than 100 services that developers can mix and match to create applications. And not all of them are open source. For example, this week IBM announced the addition of DashDB Enterprise MPP (massive parallel processing), from Cloudant, to Bluemix. According to ITWorld Canada, “DashDB is available on the IBM Bluemix portal of platform services while also tapping its suite of analysis technologies, such as the analytics libraries from Watson Analytics, Cognos, and Netezza.”

That’s important, because it means that developers who rely on those services are tied to Bluemix unless they’re willing to make the investment to replace them.

All this isn’t to say that IBM isn’t a good open source citizen. The company contributes heavily to a range of projects and foundations including OpenStack, where it’s a Platinum Sponsor. But it also launched the Internet of Things Foundation, which is not, in fact, a “foundation” at all — at least in the sense in which it’s used in open source.  According to SDX Central, “The SaaS service, which delivers IoT data to the cloud, uses ‘foundation’ in the sense of ‘being that first step in getting value out of IoT,’ says [Neil Postlethwaite, IBM’s director for IoT community and ecosystem].”

According to Synergy Research, IBM is now the third largest cloud provider in the world, after Amazon Web Services and Microsoft, and edging out Google.