Introduction to Salt and SaltStack 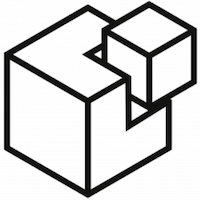 The amazing world of configuration management software is really well populated these days. You may already have looked at Puppet, Chef or Ansible but today we focus on SaltStack. Simplicity is at its core, without any compromise on speed or scalability. In fact, some users have up to 10,000 minions or more. In this article, we're going to give you a look at what Salt is and how it works.

Salt remote execution is built on top of an event bus, which makes it unique. It uses a server-agent communication model where the server is called the salt master and the agents the salt minions. Salt minions receive commands simultaneously from the master and contain everything required to execute commands locally and report back to salt master. Communication between master and minions happens over a high-performance data pipe that use ZeroMQ or raw TCP, and messages are serialized using MessagePack to enable fast and light network traffic. Salt uses public keys for authentication with the master daemon, then uses faster AES encryption for payload communication. State description is done using YAML and remote execution is possible over a CLI, and programming or extending Salt isn’t a must. Salt is heavily pluggable; each function can be replaced by a plugin implemented as a Python module. For example, you can replace the data store, the file server, authentication mechanism, even the state representation. So when I said state representation is done using YAML, I’m talking about the Salt default, which can be replaced by JSON, Jinja, Wempy, Mako, or Py Objects. But don’t freak out. Salt comes with default options for all these things, which enables you to jumpstart the system and customize it when the need arises. 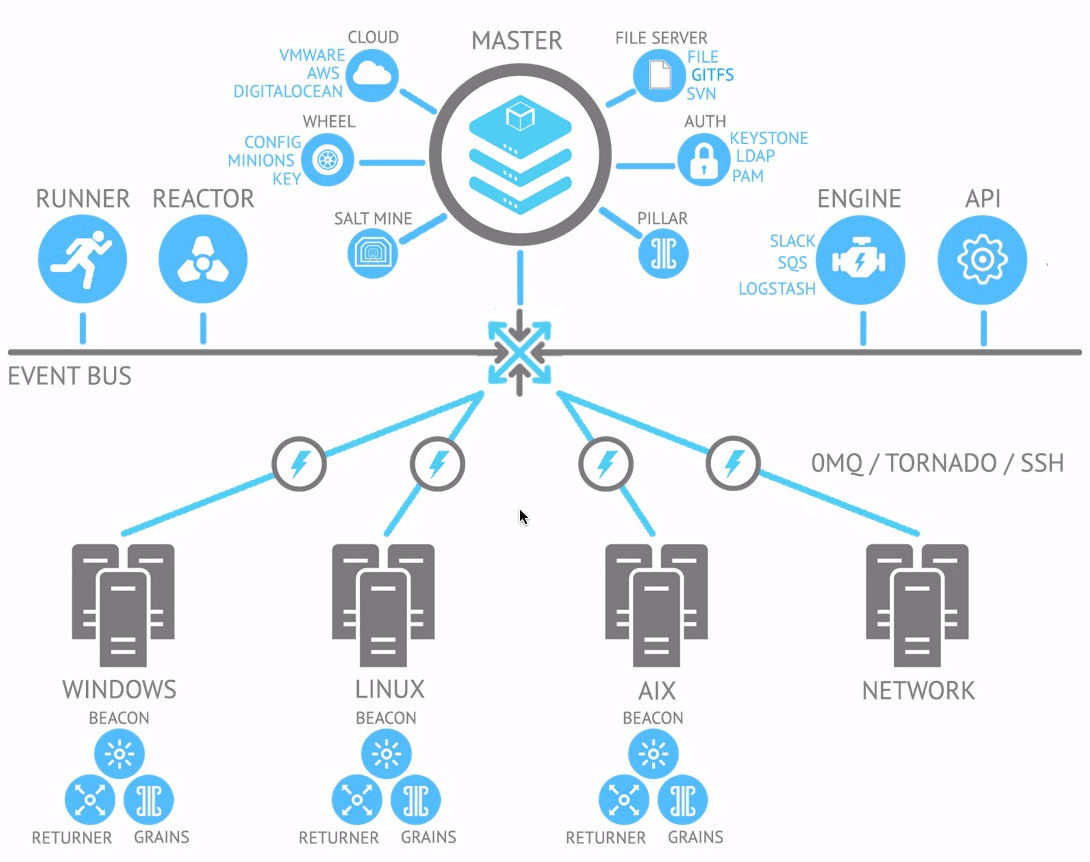 It's easy to be overwhelmed by the obscure vocabulary that Salt introduces, so here are the main salt concepts which make it unique. You’ll find a great overview of all of this on the official docs.

Salt is built on top of lots of Python modules. Msgpack, YAML, Jinja2, MarkupSafe, ZeroMQ, Tornado, PyCrypto and M2Crypto are all required. To keep your system clean, easily upgradable and to avoid conflicts, the easiest installation workflow is to use system packages. Salt is operating system specific; in the examples in this article, I’ll be using Ubuntu 16.04 [Xenial Xerus]; for other Operating Systems consult the salt repo page.  For simplicity's sake, you can install the master and the minion on a single machine, and that's what we'll be doing here.  Later, we'll talk about how you can add additional minions.

If you can’t find packages for your distribution, you can rely on Salt Bootstrap, which is an alternative installation method, look below for further details.

To finish your configuration, you'll need to execute a few more steps: Repeat this process of installing salt-minion and accepting the keys to add new minions to your environment. Consult the documentation to get more details regarding the configuration of minions or more generally this documentation for all salt configuration options.

Now that everything's installed and configured, let's make sure it's actually working. The first, most obvious thing we could do with our master/minion infrastructure is to run a command remotely. For example we can test whether the minion is alive by using the test.ping command: As you can see here, we're calling salt, and we're feeding it a specific minion, and a command to run on that minion.  We could, if we wanted to, send this command to more than one minion. For example, we could send it to all minions: In this case, we have only one, but if there were more, salt would cycle through all of them giving you the appropriate response. So that should get you started. Next time, we'll look at some of the more complicated things you can do with Salt.