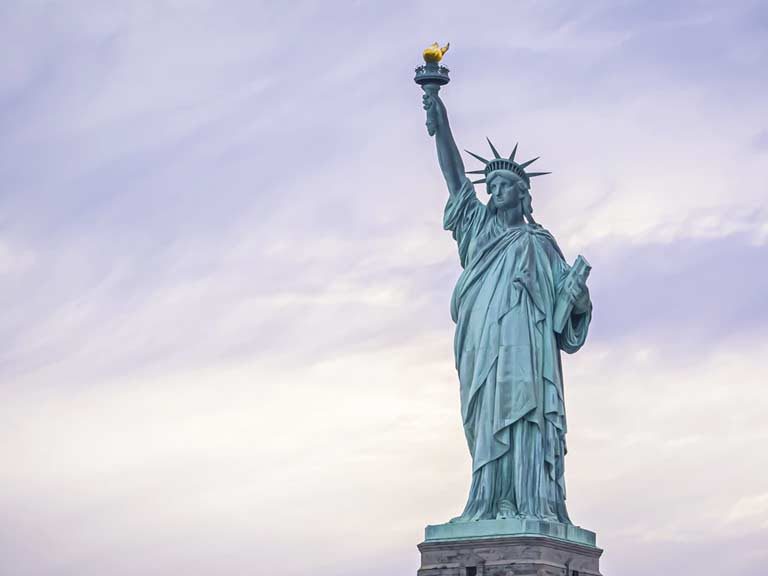 We had the chance recently to sit down with the Liberty Mutual Insurance team at their Portsmouth, New Hampshire offices and talk about how they deliver better business outcomes with the cloud and containerization.

Here’s what they told us. You can also catch the highlights in this two-minute video:

On how tech is central to Liberty Mutual’s business

Mark Cressey, SVP and GM, IT Hosting Services: Tech and the digitization it’s allowed has really enabled Liberty Mutual to get deeply ingrained in our customers’ lives and support them through their major life journeys. We’re able to be more predictive of our customer’s needs and get in front of them as a proactive step. How can we help? How can we assist you? Is this the right coverage? And even to the point where we’re using real time information, we can warn them about approaching windstorms or warn our business customers to get their fleet of vehicles out of the way of a flooding event.

On why moving to the cloud matters

Mark: We’re moving to a multi-cloud or hybrid-cloud environment to get the best set of capabilities for our developers, and in turn our customers. Our goal is to take advantage of the latest innovations in all the major cloud environments, so we need to look at how we can write and deploy our applications in the most portable way possible.

On balancing technical debt and innovation…

Mark: One of our key challenges is balancing investment between our journey to the cloud and what we need to do to keep our on-premise environments modern. We have many applications that the business relies on that can’t be migrated to cloud or aren’t scheduled to go through a modernization effort anytime soon. We still need to achieve those same goals around digitization agility and speed to market for our existing infrastructure that we have for our cloud environments.

Eric Drobisewski, Senior Architect: We’ve got this mixed mode in terms of dealing with the technical debt of keeping our existing systems stable and secure, but also innovating and moving things to the cloud in a more digital format so that we can succeed in the future. Balancing both of those worlds and building the bridges between them is a big challenge.

On the journey with Docker…

Eric: For us, Docker first came into our picture back in 2014, so we’ve been at it for roughly five years. In hindsight, we were early adopters of a growing and maturing technology. What we saw was an opportunity to improve application development operations and security, particularly as we looked at the cloud. And then over the last four years, we’ve really seen the transformational value of that.

Mark: At Liberty Mutual, Docker is a key part of our journey to the cloud and application modernization efforts. We’ve deployed over 6,000 business services in Docker to let us drive horizontal scale, allow portability the cloud, and simplify our environment for our developers to get them out of configuring infrastructure and get them into the job of building and deploying business functionality.

Eric: One of the things that stands out to me that containerization and Docker provided for Liberty is the openness and flexibility it’s provided around operating in this cloud native ecosystem. It has allowed us to tap into new technologies and move those quickly and securely into the hands of our dev teams to deliver better business outcomes.

On making it easier for developers…

Mallory Quaintaince, Senior Infrastructure Engineer: Some of our application images can be 5 or 6 GB, and you might say, “Why containerize it then?” But we’re really finding that where we have the biggest gains are with downtime and deploys. Instead of having long outage windows for deploys, we’re able to deploy much faster—on the order of minutes versus hours.

Honey: Docker has benefited developers at our company because we’re able to provide the package they need in order to deploy their code easily, really making it seem like magic. That’s really what we want for our development teams. We want them to not have to worry about the extra things associated to where they’re going to put their code and how it’s going to run, and Docker brings that for us.

To learn more about how Docker can help you move your applications to the cloud:

This post was originally published on November 5, 2019 on the Docker blog.

Kubernetes Secrets in a Multi-Cluster Environment