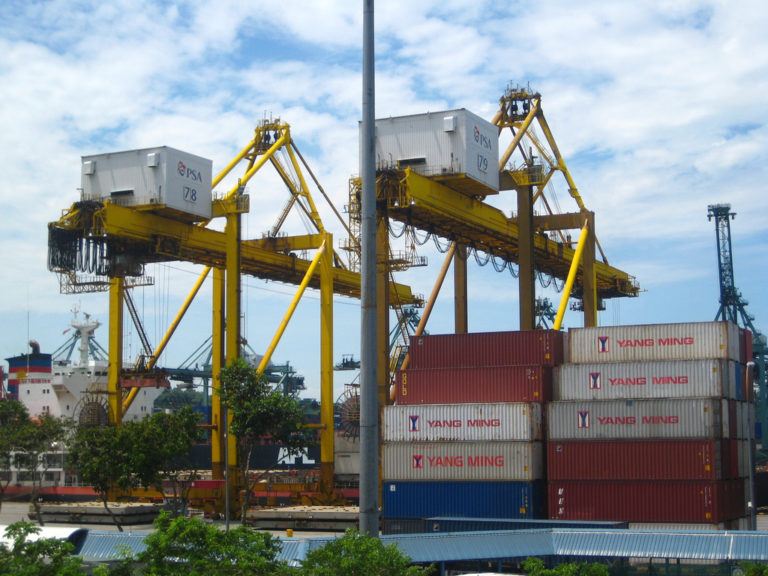 While OpenStack has been working on orchestrating containers for the past year or so, this past week Mirantis announced a joint initiative with Google and Intel to flip the script, and run OpenStack as containers, orchestrating its control plane with the Kubernetes container orchestration tool. The announcement heralded a major change in the way OpenStack would be handled in both Mirantis’ version of OpenStack, and in the OpenStack Fuel deployment tool.

The idea is to provide a way for enterprises to take advantage of a robust infrastructure management pattern that has been proven by Google at a massive scale. The resulting software will give users fine-grained control over the placement of services used for the OpenStack control plane and the ability to do rolling updates of OpenStack, make the OpenStack control plane self-healing and more resilient, and smooth the path for creating microservices-based applications on OpenStack. “If OpenStack users ever wanted an easy on-ramp to working in cloud the Google way,” TechWeekEurope wrote, “they just got it.”

“A poorly-kept secret in the industry is that OpenStack is not itself cloud-native, so users cannot roll out real-time updates and patches,” Chris Clason, CTO, Cloud Platform Engineering Group, told VMBlog. “The changes we plan to make in Fuel will turn OpenStack into a true microservices application, bridging the gap between legacy infrastructure software and the next generation of application development.”

The changes will do more than bridge that gap, however. Running OpenStack on a standard container fabric makes it possible to scale much more easily, and not just in an individual deployment. Because enterprises no longer have to worry about deployment snowflakes, adoption can move more quickly through the use of standard logistics tools such as Kubernetes.  This way, the applications and workloads running on OpenStack become the snowflakes — they’re all different, but running in a standard way. Solving the logistical problem will expand the market for OpenStack and cloud to include every workload that can run this way.

Mirantis, Google, and Intel all have a vested interest in making this project successful.  Mirantis has always been a “pure play” OpenStack vendor, and while it joined the Cloud Native Computing Foundation and has plans to become a top contributor to Kubernetes within a year, those contributions are aimed at enhancing the success of OpenStack in order to enable its core business.

That said, while the new code will be available for other companies to incorporate into their own distributions, “we’re not going to do anything in the community that will effectively preclude anybody who doesn’t want to use Kubernetes, from not using it,” Renski told DatacenterKnowledge. “That’s simply not possible to do.”

Which isn’t to say that everyone in the community will be happy with Mirantis’ new direction. “We’ll probably piss off a few people in the community because it’s not aligned with some projects, such as Magnum,” Boris Renski, Mirantis co-founder and CMO, told Light Reading. “But we nonetheless feel this is something that needs to be done.”

“OpenStack was built by people with marginal experience running large, distributed systems. It’s a good tool, and the day one problem of installing OpenStack has been solved,” Renski told Light Reading. “But when it comes to running it, installing incremental patches, upgrades and restarting at scale, there is no one way to do it. The operations problem is acute, and if it’s not solved it can throw OpenStack into oblivion.”

The publication also noted that “Intel gets to sell chips no matter where the cloud lands, but thinks that any organization that has between 1,200 and 1,500 servers should be building their own private clouds, and says that at that scale they can operate efficiently enough to justify the investment in systems and datacenters. But as Renski put it, and we would concur, the real issue here might be that Intel doesn’t want to end up with only a handful of customers who have all the buying power. It would rather have a dozen customers that command 20 percent of Xeon chip revenues and another 50,000 that make up the other 80 percent. This will minimize computing and economic efficiencies, perhaps, but it will preserve Intel’s revenue and profit growth.”

According to DatacenterKnowledge, “The CPU maker is expected to grant Mirantis early access to its rack scale architecture projects, along with Intel’s next-generation monitoring libraries and tools, which involve new on-chip technologies being built into Xeon processors.” The publication also notes that,  “As Renski understands things, some Intel engineers who work on OpenStack, along with others who contribute to Kubernetes, will be delegated responsibilities for driving the merged architecture going forward.”

And Google?  Gina Longoria, analyst at Moor Insights & Strategy, told TechWeekEurope that “OpenStack is becoming the defacto standard for the deployment of open source private clouds and Google’s partnership with this community is a way to increase their relevance in the private cloud.”

The business side isn’t the only reason, however, as Kubernetes product manager Martin Buhr pointed out after detailing the advantages OpenStack users will get from using Kubernetes. “Conversely, incorporating Kubernetes into OpenStack will give Kubernetes users access to a robust framework for deploying and managing applications built on virtual machines. As users move to the cloud-native model, they will be faced with the challenge of managing hybrid application architectures that contain some mix of virtual machines and Linux containers. The combination of Kubernetes and OpenStack means that they can do so on the same platform using a common set of tools.”

Renski also talked to Techrepublic about additional motives Google may have for getting involved with a huge open source project such as OpenStack. “Google is going after [the private cloud] market by taking technologies they’ve innovated on, like Kubernetes, and giving them to cloud developers and operators who will say, ‘this is the coolest thing ever!’ They want to make sure there’s mindshare around their stuff—dominating the private cloud. They did this with Android. They didn’t want everyone to run Apple iOS and have Apple be the gateway to all mobile. By open sourcing Android, Google moved to front and center in mobile.

“With Kubernetes, they’re doing the same thing with containers and cloud infrastructure. OpenStack is primarily on-premises computing. It’s a dominant open source fabric for on-premises infrastructure. That’s the whole point to why Google is supporting this. The next frontier to winning the public cloud wars between Google, Microsoft, and Amazon is capturing the on-premises cloud mindshare.”

Once Mirantis OpenStack 10 is released in the first quarter of 2017, the company will no longer be doing 6-month releases, as it does now. Instead, with OpenStack containerized, the company will implement a CI/CD pipeline that enables them to send out updated containers incrementally. These will be sent to clients’ staging sites, where they can then be pushed to production.

“We’re enabling the customers to now have a single platform that is based on APIs for both containers and VMs, which is this Nirvana state our customers have been asking for,” Renski told SDXCentral.

Mirantis has created a Docker and Kubernetes boot camp to help educate developers and IT operations team on best practices around running containers at scale. The initial class will be given to select students for free at the OpenStack Days Silicon Valley conference next week in Mountain View, California. That class will include basic Linux container concepts; installing, integrating and running Docker; and orchestrating containers using Kubernetes.  OpenStack Days Silicon Valley, which will be held August 9-10, 2016,  will include discussions of these topics and the container ecosystem as it relates to OpenStack. Tickets are still available.