In our last video, we learned how to reach the OpenStack controller’s command line, and played with launching VMs and injecting post-boot configuration scripts. Now we’re going to take a look at your Mirantis OpenStack Express cluster’s Object Store and the Swift API it runs on.

The OpenStack Object Store is a facility that lets applications store and retrieve binary objects using the RESTful methods of the Swift API — this scales better than OS-level access to block storage and conventional file systems.

The Swift engine is the default back-end for the Object Store, and is also used by Glance for storing images in HA deployments. But Mirantis OpenStack Express users can also deploy clouds that use Ceph as a back-end for Glance and the Object Store (via Ceph’s implementation of a subset of the Swift API), as well as block and filesystem storage (for Cinder and other components requiring these services). For a comparison of Swift and Ceph, this blog post by Dmitry Ukov is a great resource.

The Object Store is exposed in Horizon so that admins can create object containers for projects (tenants), upload objects, and manage them. Containers and objects can also be created using the (soon to be deprecated) Swift CLI, and using REST functions from authenticated endpoints.

We’ll look at all three methods. But first, we’ll modify the default configuration of the Swift proxy in MOX to permit use of Public containers and objects.

Public containers are a useful feature of Swift Object Storage: they let you save stuff and share it with anyone by giving them a URL. In combination with helper software, they also permit creation of static websites. But they’re a potential security risk, so they’re turned off by default in OpenStack clouds that use Keystone authentication (though they’re on by default in clouds that use TempAuth authentication mdash; a deprecated mechanism).

Let’s see what happens when we create a Public container on a default MOX cloud, put something in it, and try to access it RESTfully. In Horizon, go to Project -> Object Store -> Containers, click the Create Container button, give your container a name, and set it to Public with the popdown. 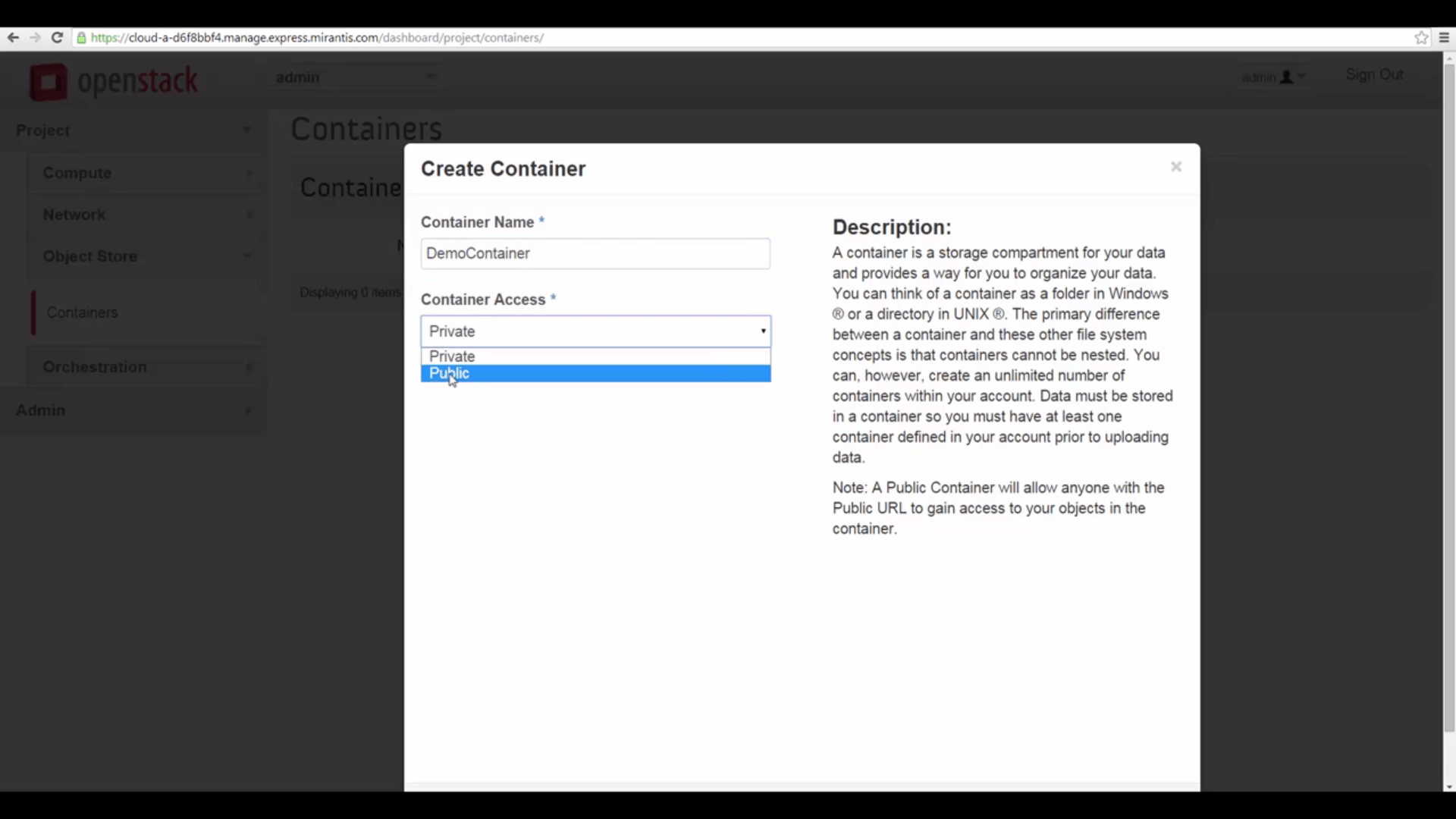 To start, let’s create a container, give it a name (DemoContainer) and set it to Public for open access via URL alone.

Then click on the container name, click the Upload Object button, and upload an object: any random image (that you don’t mind exposing to the public internet) is fine. 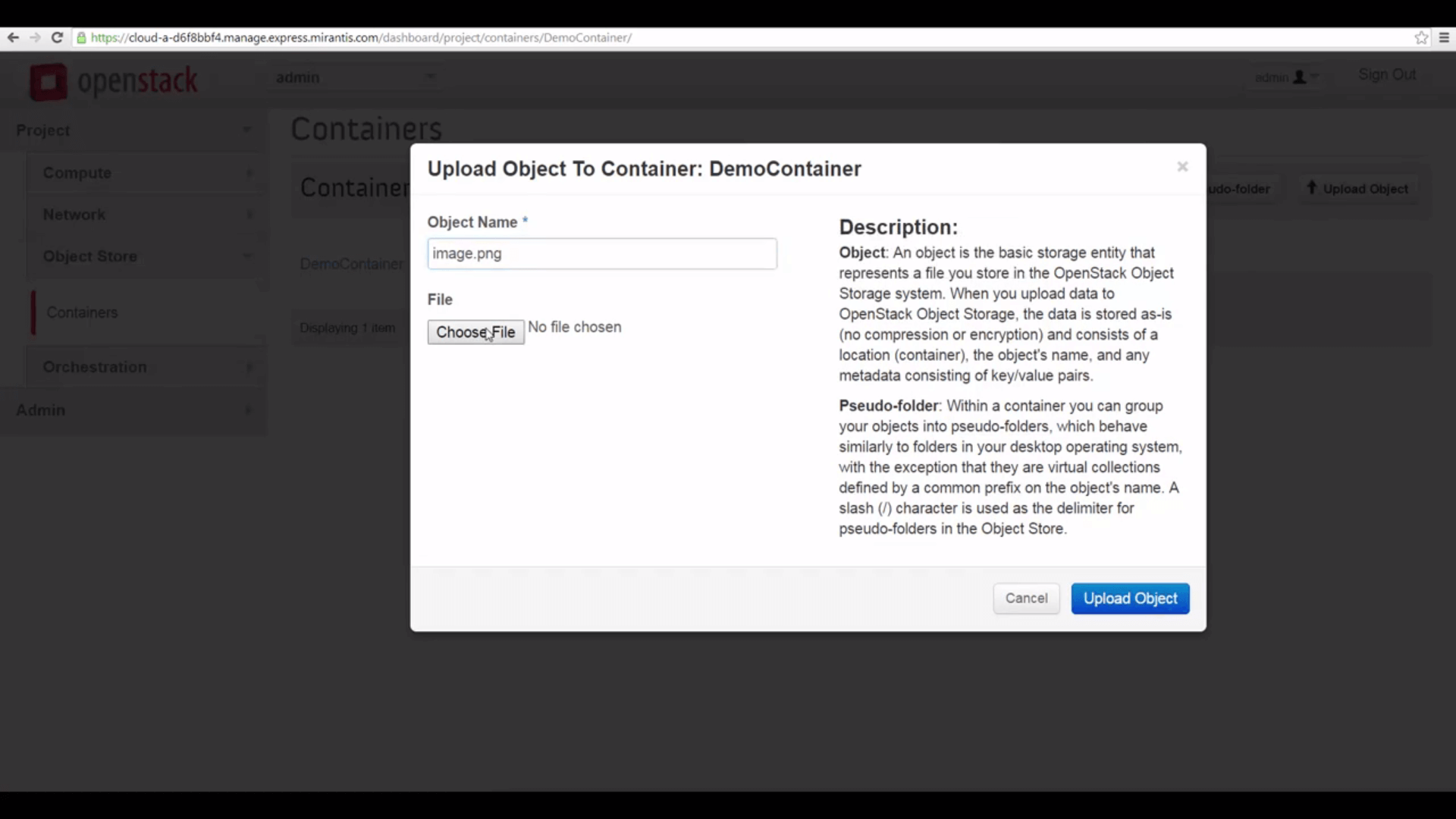 Next, we’ll upload an arbitrary binary file: in this case, an image that we’ll call image.png.

Now click the View Details button, and copy the Public URL for the container. 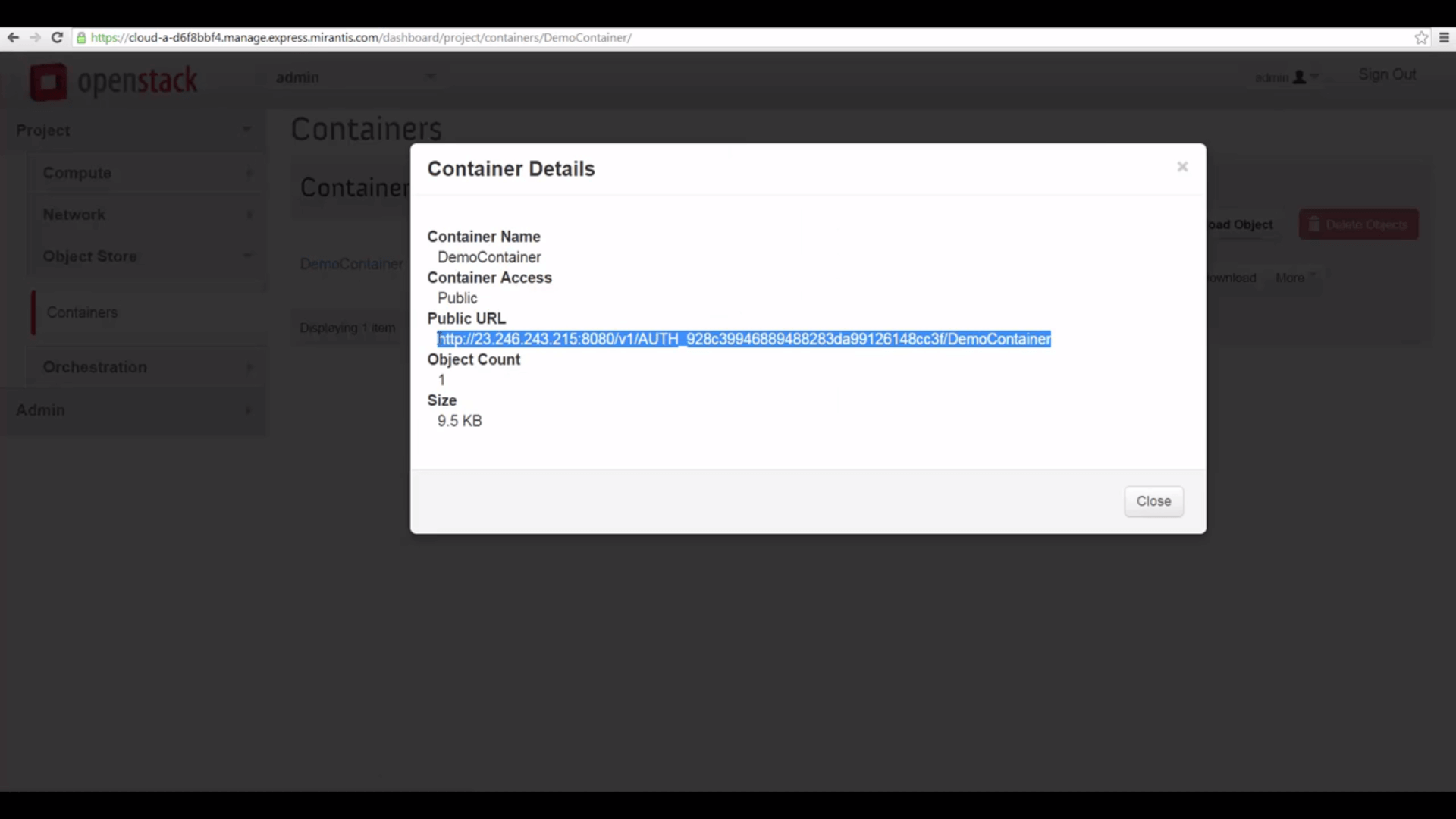 Looking at info for our new object, we see that it has a Public URL: a four-part construct comprising the Storage URL, tenant ID, container name, and object name.

Then create a complete URL for the contained object (in my case, that’s image.png) by appending the object name.

… which has four parts:

You can, in an appropriately-configured OpenStack cloud, use the above URL in any browser to access a Public resource. But if we try that with our cloud, it won’t work: we get a page back with the message Authentication required. 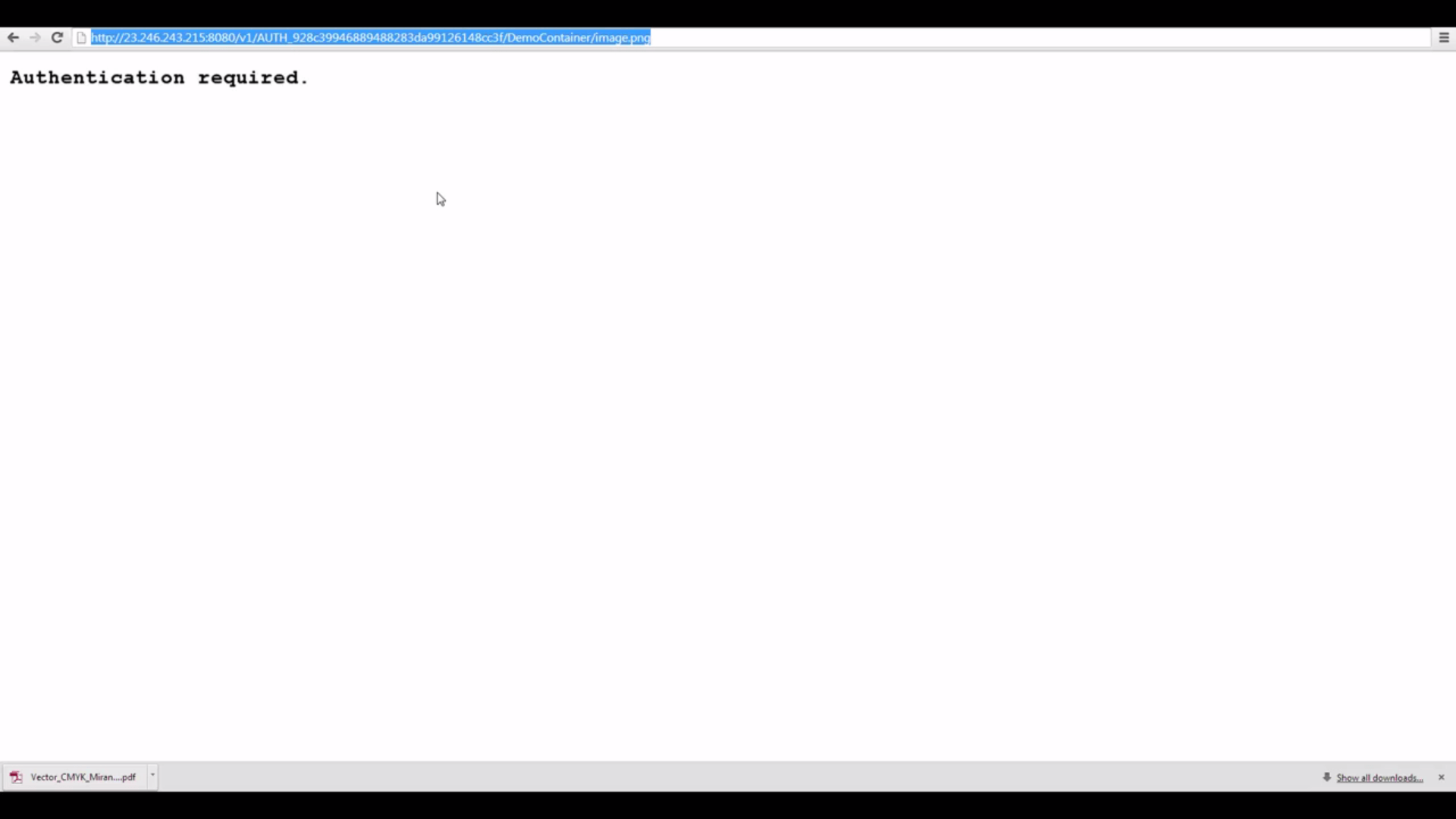 But because Mirantis OpenStack Express is default-configured with Public URLs off (because it uses Keystone authentication), this Public URL doesn’t work for us, unless me make a small tweak in Swift’s proxy server configuration.

There’s a quick fix, however, thanks to our ability to access the OpenStack controller as root. Please note that this change enables access to containers and objects already designated Public (but not functioning as such in the default configuration). We recommend evaluating the status of existing containers and contents before making this change, so that private data is not inadvertently exposed.

Let’s check the IP address and password for our Fuel server under the Credentials popdown of the Mirantis OpenStack Express dashboard. Then let’s pop a terminal window, SSH into the Fuel Master node, then SSH to our Controller node using its FQDN or Fully Qualified Domain Name (in the case of my demo cloud, that’s node-5). Finally, let’s source openrc so we can access the OpenStack CLIs. 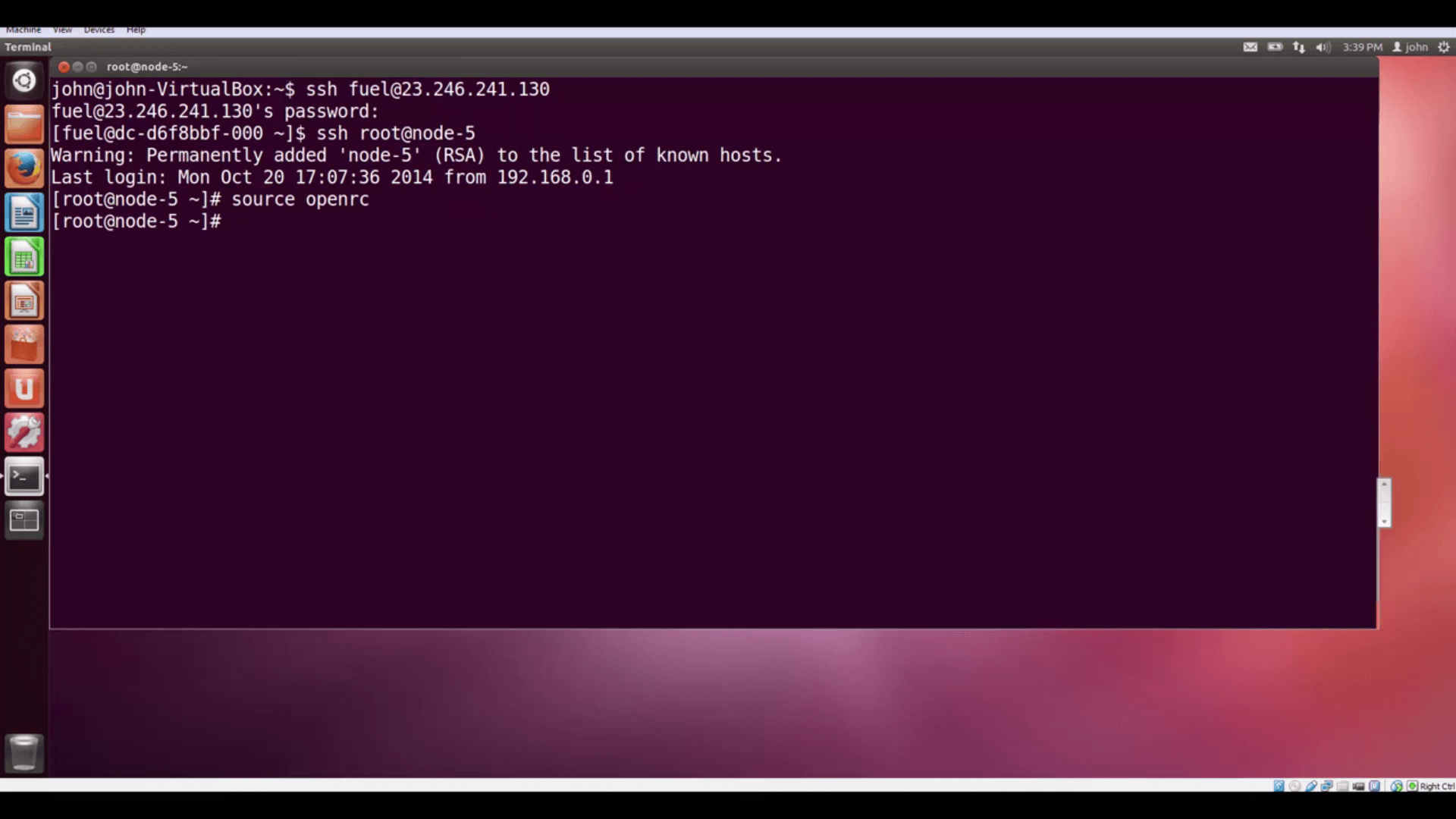 To do this, we start by logging into our Controller, by leapfrogging across the Fuel Master Node, then issue the command source openrc to put authentication info in our environment for the OpenStack client CLIs.

Let’s search for the configuration variable delay_auth_decision, which is under [filter:authtoken], and change its value from 0 to 1. Then save the file and exit.

Now we use vi to edit the file /etc/swift/proxy-server.conf, changing the value of variable delay_auth_decision from 0 to 1. 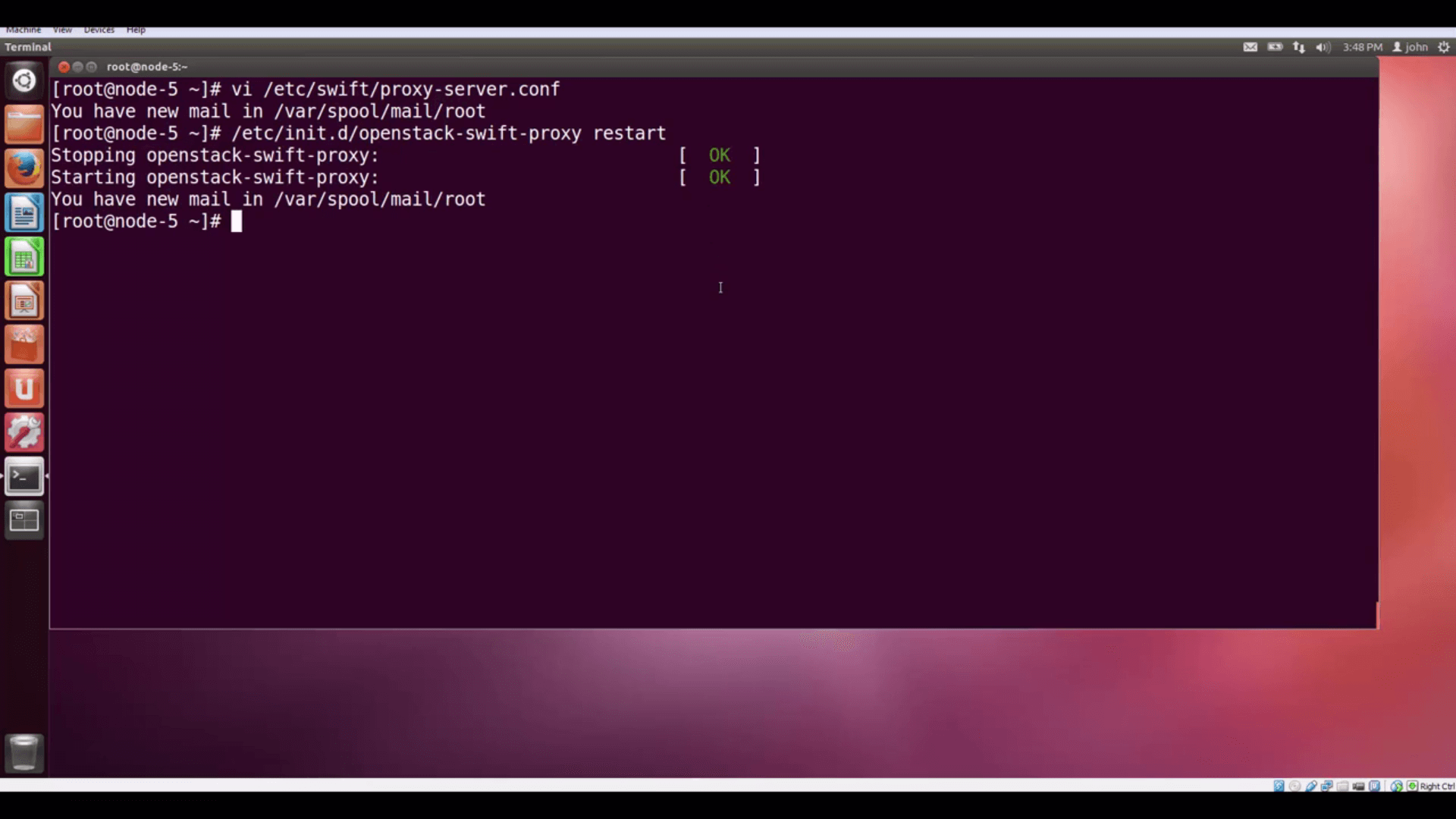 Then we restart the Swift proxy with /etc/init.d/openstack-swift-proxy restart. Now, our Public URL will work from any browser to display our image.

Let’s go to a browser and try accessing our object again, using the Public URL. It works!

Now, let’s go back to Horizon and make our container private by clicking the More button, and choosing Make Private.

Next, we make our container Private by clicking on Make Private in the More menu.

If we check View Details again, we see the Public URL has vanished. 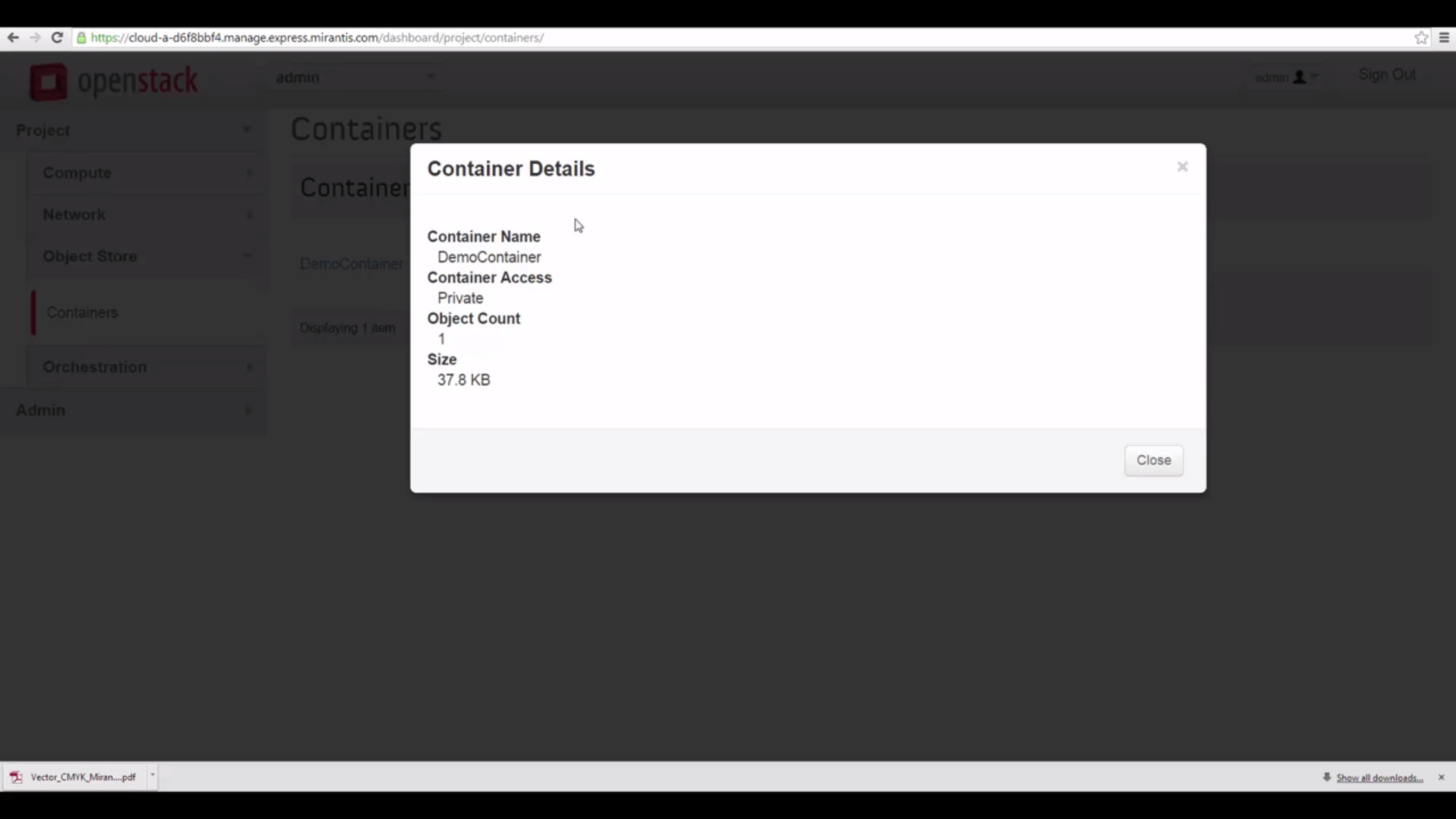 Now that the container is private, it no longer displays a Public URL.

But since we’re the admin — and the owner of this container — we can still access it, though. Let’s start by using the Swift client CLI and issuing the command:

We get info back about the container, the number of objects it contains, and the Account (ours, the admin account) that it belongs to. We know the container is private, because its Read ACL, or Access Control List, is blank.

We can also do:

… to see the admin tenant’s ID, and compare with the Account that owns the container. As you can see, the Account is just AUTH_ with the tenant ID appended.

Now that it’s private, we need an authentication token to access this object. As the admin, a quick way to get this is to issue the Swift client command:

… which gives us the StorageURL for our containers (with the Account ID appended), and also shows an Auth Token. In a standard OpenStack implementation, this kind of token expires in an hour. The swift stat -v command actually gives us a new token each time we call it.

The command swift stat -v returns information about your Object Store: topmost is the public Storage URL, followed by an (unscoped) Auth Token that can be used to access private objects.

Using this information, we can compose a REST expression that will authenticate us to Swift and let us access our stored object.

We use the cURL utility to issue the request. The -H option lets us include a request header, which is X-Auth-Token, plus our authentication token — that tells Swift who we are. The remainder is just the StorageURL, the account name, container name, and object name. We vector the returned data into a file so it doesn’t fill our terminal screen with scary graphics.

The Storage URL and Auth Token can be combined into a REST command to access an object stored in a private container. 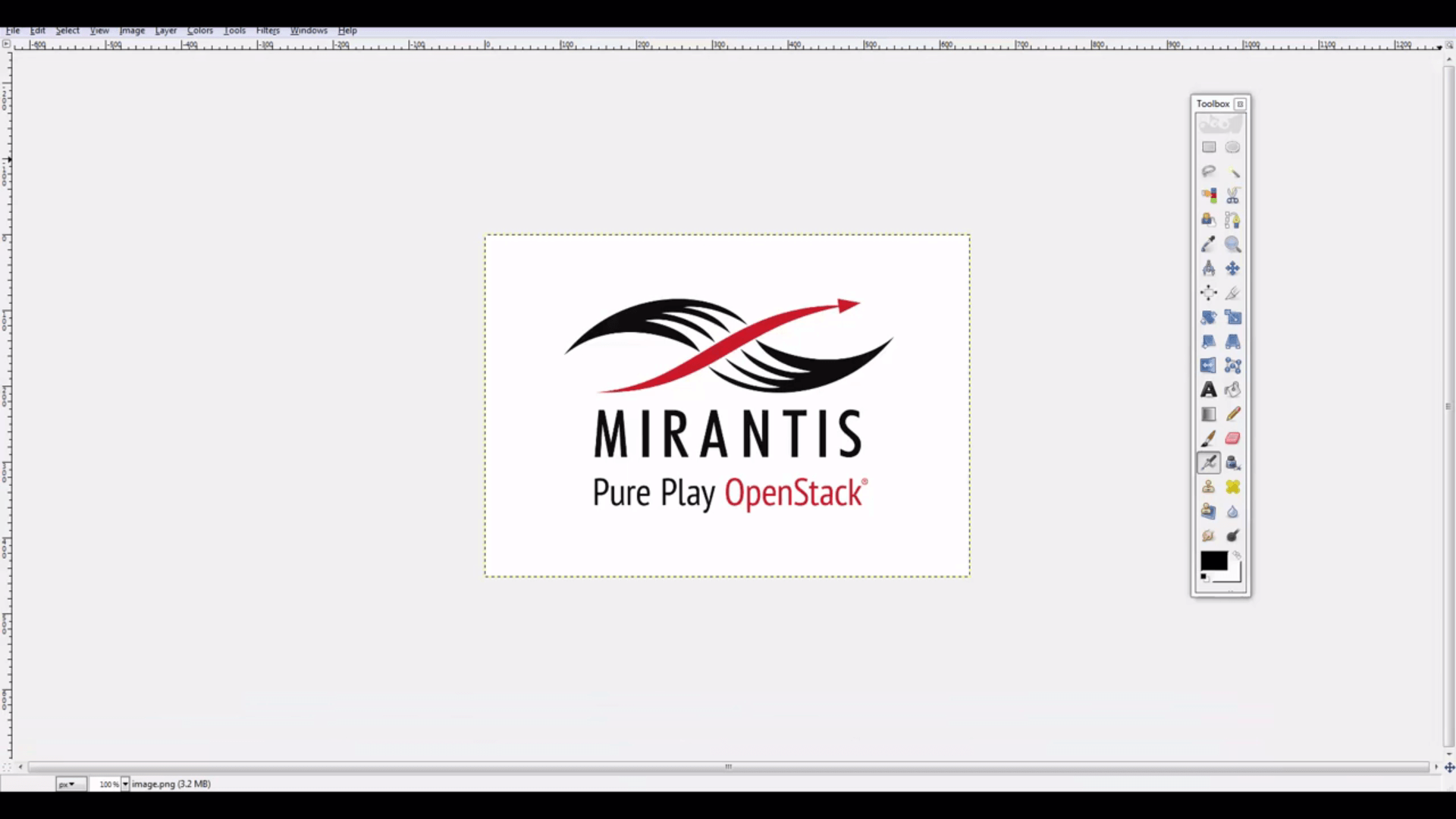 The object (in this case, an image) is downloaded as binary. A few SCP commands pull it off the Controller node and onto the desktop, where it can be opened.

In our next tutorial, we’ll show how applications can authenticate with Keystone RESTfully, obtain tokens, and access their Swift objects.

Check out Express for yourself at https://express.mirantis.com .