What can NFV do for a business? 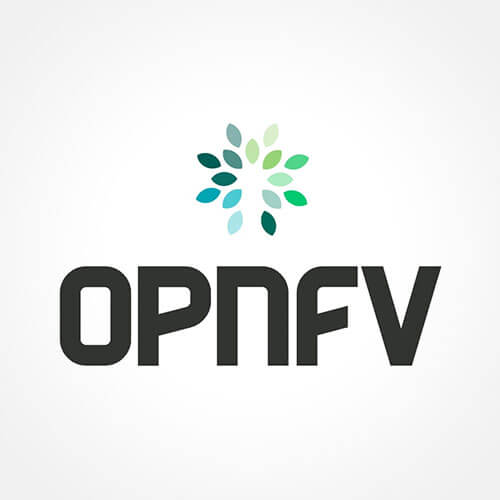 [NOTE:  This article is an excerpt from Understanding OPNFV, by Amar Kapadia. You can also download an ebook version of the book here.] Telcos, multiple-system operators (MSOs i.e. cable & satellite providers), and network providers are under pressure on several fronts, including:     Enterprises with extensive branch connectivity or IOT deployments also face similar challenges. If telecom operators or enterprises were to build their networks from scratch today, they would likely build them as software-defined resources, similar to Google or Facebook’s infrastructure. That is the premise of Network Functions Virtualization.

In the beginning, there was proprietary hardware. We've come a long way since the days of hundreds of wires connected to a single tower, but even when communications services were first computerized, it was usually with the help of purpose-built hardware such as switches, routers, firewalls, load balancers, mobile networking nodes and policy platforms. Advances in communications technology moved in tandem with hardware improvements, which was slow enough that there was time for new equipment to be developed and implemented, and for old equipment to be either removed or relegated to lesser roles. This situation applied to phone companies and internet service providers, of course, but it also applied to large enterprises that controlled their own IT infrastructure. Today, due largely to the advent of mobile networking and cloud computing, heightened user demands in both consumer and enterprise networks have led to unpredictable (“anytime, anywhere”) traffic patterns and a need for new services such as voice and video over portable devices. What's more, constant improvement in consumer devices and transmission technology continue to evolve these themes. This need for agility led to the development of Software Defined Networking (SDN). SDN enables administrators to easily configure, provision, and control networks, subnets, and other networking architectures on demand and in a repeatable way over commodity hardware, rather than having to manually configure proprietary hardware. SDN also made it possible to provide "infrastructure as code," where configuration information and DevOps scripts can be subject to the same oversight and version control as other applications. Of course, there was still the matter of those proprietary hardware boxes. Getting rid of them wasn't as simple as deploying an SDN; they were there for a reason, and that reason usually had to do with performance or specialized functionality. But with advances in semiconductor performance and the ability of conventional compute hardware to perform sophisticated packet processing functions came the ability to virtualize and consolidate these specialized networking functions. And so, Network Functions Virtualization (NFV) was born. NFV enables complex network functions to be performed on compute nodes in data centers. A network function performed on a compute node is called a Virtualized Network Function (VNF). So that VNFs can behave as a network, NFV also adds the mechanisms to determine how they can be chained together to provide control over traffic within a network. 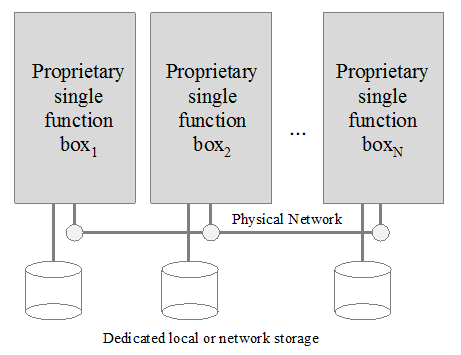 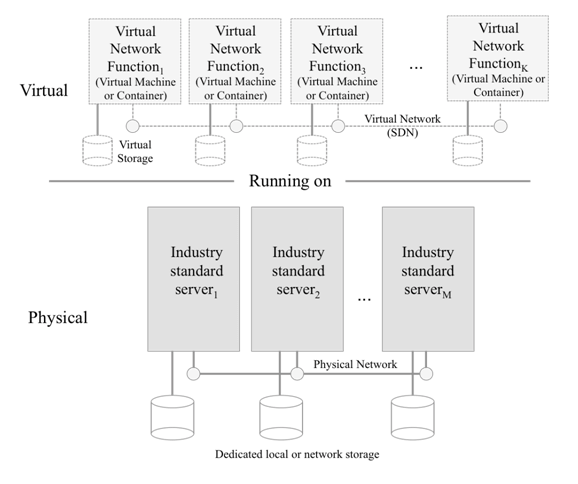 Although most people think of it in terms of telecommunications, NFV encompasses a broad set of use cases, from Role Based Access Control (RBAC) based on application or traffic type, to Content Delivery Networks (CDN) that manage content at the edges of the network (where it is often needed), to the more obvious telecom-related use cases such as Evolved Packet Core (EPC) and IP Multimedia System (IMS).

NFV is based on the “Google infrastructure for everyone else” trend where large companies attempt to copy the best practices from the web giants to increase revenue and customer satisfaction while also slashing operational and capital costs. This explains the strong interest in NFV from both telcos and enterprises with numerous benefits:

New services can be rolled out faster (since we are writing and trying out code vs. designing ASICs or new hardware systems), and existing services can be provisioned faster (again, software deployment vs. hardware purchases). For example, Telstra’s PEN product was able to reduce the provisioning time for WAN-on-demand from three weeks to seconds, eliminate purchase orders and man-hours of work and reduce customer commitment times for the WAN link from one year to one hour. 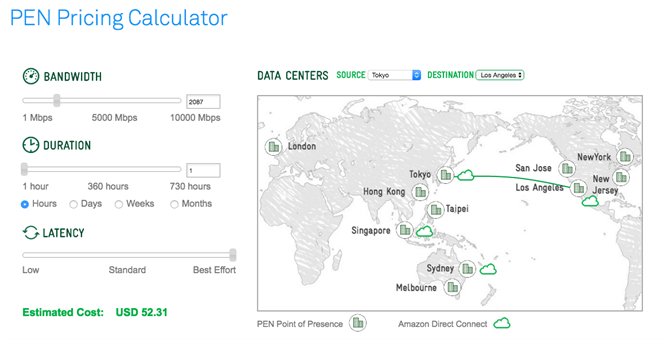 With an agile infrastructure, no one service runs out of resources as each service is dynamically provisioned with the exact amount of infrastructure required based on the utilization at that specific point in time. (Of course, there’s still a limit on the aggregate amount of infrastructure.) For example, no longer will mobile end users experience reduced speed or service degradation. Customer satisfaction also improves due to rapid self-service deployment of services, a richer catalog of services and the ability, if offered by the operator, to try-before-you-buy.

NFV obviates numerous manual tasks. Provisioning of underlying infrastructure, network functions and services can all be automated; even offered as self-service. This removes a whole range of truck rolls, program meetings, IT tickets, architecture discussions, and so on. At a non-telco user, cloud technologies have been able to reduce operations team sizes by up to 4x, freeing up individuals to focus on other higher-value tasks. The standardization of hardware also slashes operational costs. Instead of managing thousands of unique inventory items, your team can now standardize on a few dozen. A bonus to reduced opex is reduced time-to-break-even. This occurs because, in addition to just virtualizing individual functions, NFV also allows complex services consisting of a collection of functions to be deployed rapidly, in an automated fashion. By shrinking the time and expense from customer request to revenue by instantly deploying services, the time-to-break-even can go down significantly for operators.

NFV dramatically improves hardware utilization. No longer do you waste unused cycles on proprietary fixed function boxes provisioned for peak load. Instead you can deploy services with the click of a button, and have them automatically scale-out or scale-in depending on utilization. In another non-telco industry example, a gaming IT company, G-Core, was able to double their hardware utilization by switching to a private cloud. Using industry standard servers and open source software further reduces capex. Industry standard servers are manufactured in high volumes by multiple vendors resulting in attractive pricing. Open source software is also typically available from multiple vendors, and the competition drives down pricing. This is a win-win where reduced or elimination of vendor lock-in comes with reduced pricing. Additionally, operators can reduce capex by utilizing different procurement models. Before NFV, the traditional model was to issue an RFP to Network Equipment Manufacturers (NEMs) and purchase a complete solution from one of them. With NFV, operators can now pick and choose different best-in-class vendors for different components of the stack. In fact, in some areas an operator could also choose to skip vendors entirely via the use of 100% open source software. (The last two option is not for the faint-of-heart, and we will explore the pros and cons of different procurement models in the next chapter.) TIA Network’s “The Virtualization Revolution: NFV Unleashed – Network of the Future Documentary, Part 6” states that the total opex plus capex benefit of an NFV-based architecture could be a cost reduction of up to 70%.

Freed up Resources for New Initiatives

If every operator resource is busy with keeping current services up and running, there aren’t enough staff resources to work on new upcoming initiatives such as 5G and IoT. The side effect of reduced opex is that the organization will now have resources freed up to look at these important new initiatives, and so contribute to overall increased competitiveness. Or putting it another way, unless you fully automate the lower layers, there won’t be enough time and focus on the OSS/BSS layer, which is the layer that improves competitiveness and generates revenue.

Since the initial group of companies that popularized NFV was made up primarily of telecommunications carriers, it is perhaps no surprise that most of the original use cases are related to that field. As we’ve discussed, NFV use cases span a broader set of industries. Instead of covering all use cases comprehensively, we are going to touch upon the three most common:

vCPE virtualizes the set of boxes (such as firewall, router, VPN, NAT, DHCP, IPS/ IDS, PBX, transcoders, WAN optimization and so on) used to connect a business or consumer to the internet, or branch offices to the main office. By virtualizing these functions, operators and enterprises can deploy services rapidly to increase revenue and cut cost by eliminating truck rolls and lengthy manual processes. vCPE also provides an early glimpse into distributed computing where functionality in a centralized cloud can be supplemented with edge compute.

Both the sheer amount of traffic and the number of subscribers using data services has continued to grow as we have moved from 2G to 4G/LTE, with 5G around the corner. vEPC enables mobile network operators (MVNO) and enablers (MVNE) to use a virtual infrastructure to host voice and data services rather than using an infrastructure built with physical functions. A prerequisite to providing multiple services simultaneously requires “network slicing” or the network multi-tenancy, a capability also enabled by vEPC. In summary, vEPC can cut opex and capex while speeding up delivery and enabling on-demand scalability.

OTT competitors are driving traditional telco, cable and satellite providers towards offering voice, video, and messaging over IP as a response. A virtualized system can offer the agility and scalability required to make IMS an economically viable offering to effectively compete with startups. This list is by no means comprehensive, even in the short term. Numerous other use cases exist today and new ones are likely to emerge. The most obvious one is 5G. With 50x higher speeds, 10x lower latencies, machine-to-machine communication, connected cars, smart cities, e-health, IOT and the emergence of mobile edge computing and network slicing, it is hard to imagine telecom providers or enterprises being successful with physical network functions. [NOTE:  This article is an excerpt from Understanding OPNFV, by Amar Kapadia. You can also download an ebook version of the book here.]