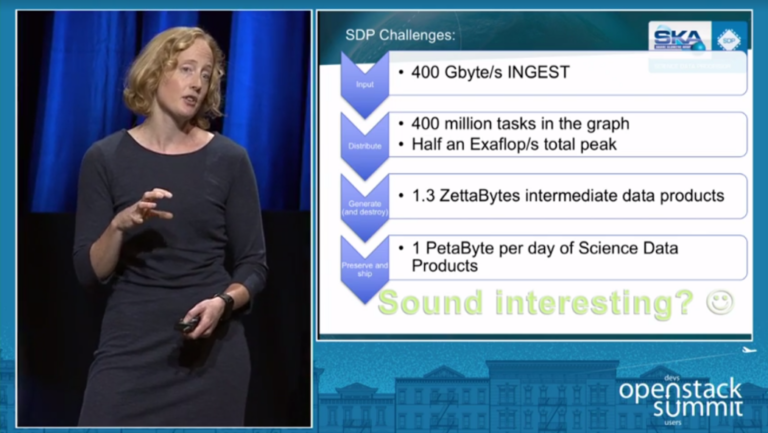 Every summit, we see new use cases showing how OpenStack-based clouds help scientists to move their research forward by providing big data processing and analysis, and the summit in Barcelona was no exception. The attendees were undoubtedly amazed by the scale and value of the results of the research projects in the presented areas of nuclear physics, astronomy, and medicine. We’ve gotten strangely familiar with data levels presented in petabytes (1,000,000 GB), but zettabytes (1,000,000,000,000 GB)?  That’s new.  Add to that the use of hundreds of thousands of CPU cores and you have some seriously Big Data.

First, Tim Bell, who seems to be a permanent OpenStack speaker, updated the audience on the state of cloud infrastructure at CERN. He noted that the scientists there receive 0.5 PB of data daily as a result of monitoring a billion collisions of particles in the Large Hadron Collider. This huge amount of data is processed using more than 190,000 OpenStack cores. 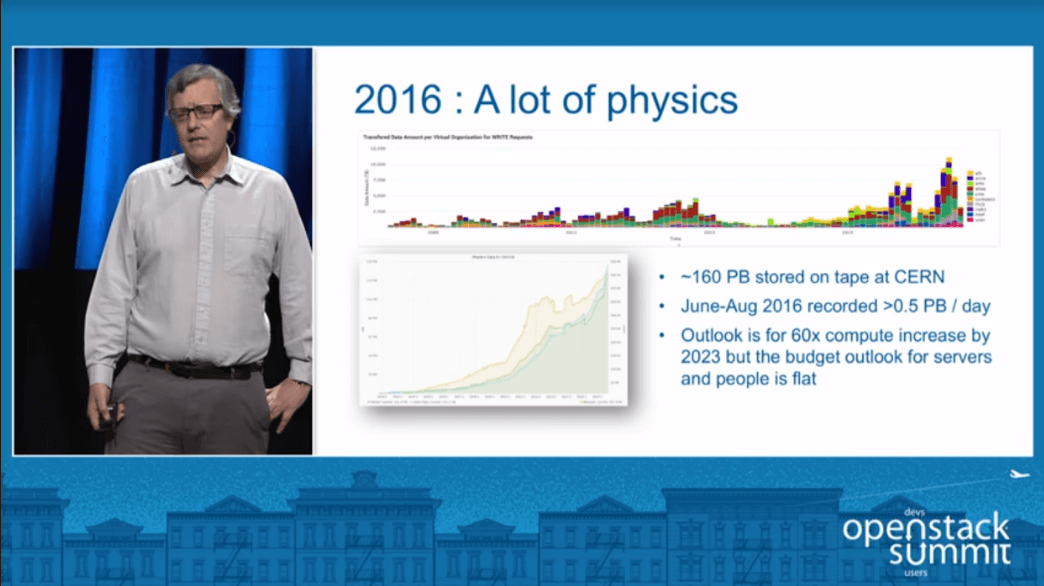 Next, Dr. Rosie Bolton, from Cambridge University, explained how researchers explore our Universe to find the origins of galaxy formation and dark matter using a giant software defined radio telescope called the Square Kilometer Array, which is geographically located in South Africa and Australia. This telescope produces 1.3 ZB and stores 1 PB of data every day to be processed and stored in the OpenStack cloud. 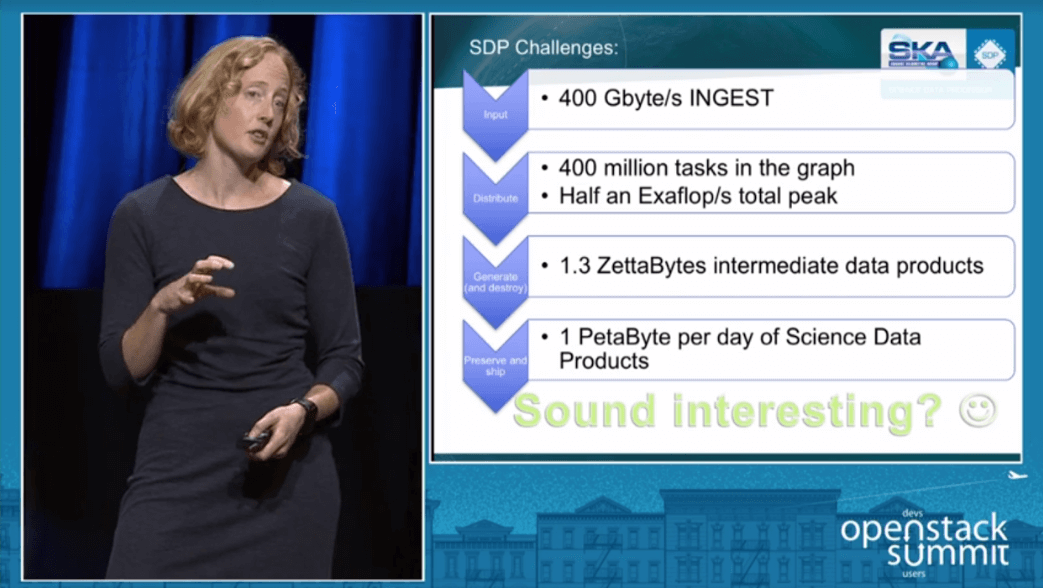 To continue, Dr. Paul Calleja, from Cambridge University, explained how researchers use the created Bio-medical cloud to collect patient data from hospitals, and store and analyse that data to come up with new medical treatments. For example, the project developed a statistical model that processes patients’ medical records in real time during surgical procedures and helps to cut surgical site infection rates by 58%.

He also presented another use case in which a cloud platform called OpenCB uses the Hadoop infrastructure for next-generation big data analytics that will be used by Genomics England to study the genomes of 100,000 people in the UK. OpenCB is already being used to analyse the genomes of 10,000 rare disease patients.

He also talked about using the Bio-medical cloud forcomputing and storing the data obtained from brain scanning facilities in a summit keynote. 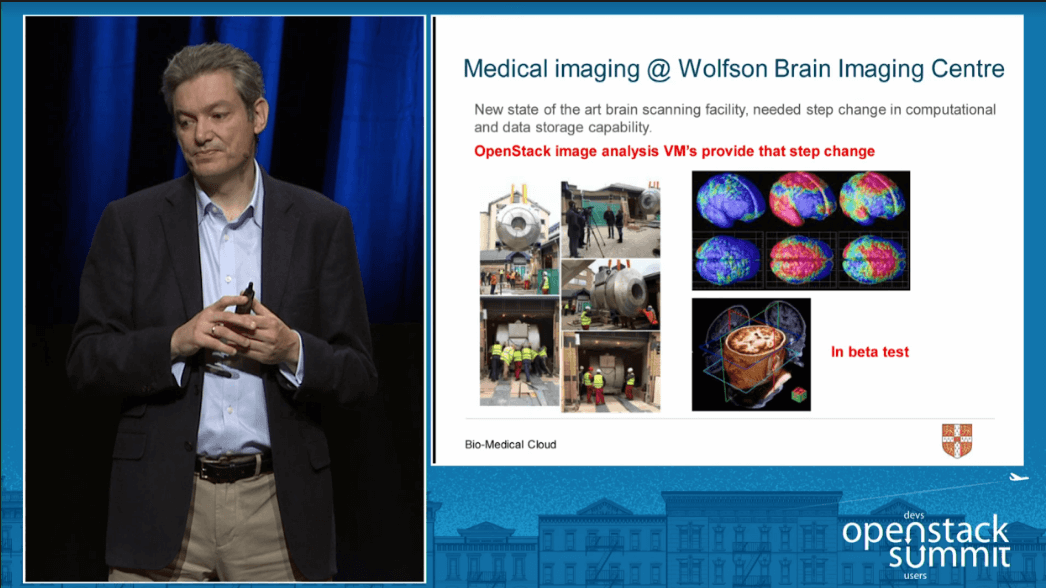 Research isn’t all that OpenStack is used for in academia. Students study, for example, networking and security, doing labs in OpenStack clouds. Universities build their supercomputers based on the OpenStack platform to help both students and teachers to do their Doctoral and Master research projects. Add to that the fact that it’s open source and it’s a no-lock-in choice for institutions that often have limited budgets.

There’s a lot of focus these days on OpenStack as an enterprise tool, but remember, it was originally designed, in part, by NASA, so it’s no wonder that OpenStack has so many followers in academic and scientific circles, and that goes on today.