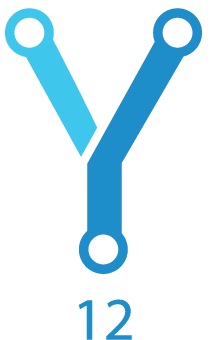 OpenStack Liberty, the 12th release of the cloud computing platform, was released on October 15. Focusing on improved manageability, scalability, and extensibility, it included contributions from close to 2000 people at more than 164 organizations, added several new projects, and included the debut of a new governance model called the Big Tent.

The work, which included 25,268 commits, can be sliced and diced in various ways, but the OpenStack Foundation reported that the “top code committers to the Liberty release were HP, Red Hat, Mirantis, IBM, Rackspace, Huawei, Intel, Cisco, VMware, and NEC.” You can get a full list of the changes and additions by reading the release notes, or check out our summary of the new features, reposted by Superuser.

“Liberty is a milestone release because it underscores the ability of a global, diverse community to agree on technical decisions, amend project governance in response to maturing software and the voice of the marketplace, then build and ship software that gives users and operators what they need,” said Jonathan Bryce, executive director of the OpenStack Foundation. “All of this happens in an open community where anyone can participate, giving rise to an extensible platform built to embrace technologies that work today and those on the horizon.” Bryce also talked about the unprecedented degree to which the community had incorporated user feedback, including from numerous operators meetups.

In general, the release is focusing on three major areas:

Simplified Scalability: OpenStack services in general, and the Horizon dashboard, Neutron networking, Cinder block storage, and Nova compute services in particular, have seen performance and stability improvements. Liberty also sees the initial debut of Nova Cells v2, which will eventually enable much larger multi-location compute deployments. (In previous releases, cells were a different way of structuring a cloud; starting with Liberty, a “normal” OpenStack deployment is essentially a single-cell cloud.)

Extensibility to Support New Technologies: This release fills the paradoxical position of getting both bigger and smaller; while OpenStack has reduced the “core” components that must be supported, it is also moving in the direction of enabling the support of multiple other technologies under the Big Tent structure.  In this iteration, that focus on becoming an integration platform for other technologies takes the form of increased support for containers and NFV, as well as numerous new projects.

In particular, on the container front, Liberty brings the first full release of the Magnum containers management project. Out of the gate, Magnum supports Kubernetes, Mesos and Docker Swarm. Magnum makes it easier to adopt container technology by tying into existing OpenStack services such as Nova, Ironic and Neutron. Further improvements are planned with a new project, Kuryr (pronounced “Courier”), which integrates directly with native container networking components such as libnetwork.

That’s not to say that newer projects got all the attention, of course. “For the first time ever,” said Mark Collier, chief operating officer of the OpenStack Foundation, “Neutron is the most active project in terms of commits, while Nova had always been the most active before.” Neutron, which accounted for 9% of all contributions, was focused mostly on IPv6, Quality of Service (QoS), and Virtual Private Networking (VPN), as well as load balancing, according to EnterpriseTimes, which points out that these are key features for enterprise customers.

The OpenStack Identity Service, Keystone, also got a good bit of attention in the area of federated identity, with new options for controlling identity backends and single sign on.

But perhaps the biggest part of this release is not about what’s in it, but what’s not in it. Previous releases have been getting larger and larger, with more and more projects included as “core”, and then as “integrated”.  The general consensus is that OpenStack had become “too big for many people to deploy, and too small to fit the features that many people wanted.” The Big Tent introduces a new structure where just six projects centered around Compute, Networking, and Storage are “required” for an OpenStack deployment — Compute (Nova), Networking (Neutron), Image Service (Glance), Block Storage (Cinder), Object Storage (Swift) and Identity (Keystone). The rest are optional capabilities that have been organized using a “tagging” system.

Users can use the tagging system to decide which projects to deploy.  For example, a user might want only “mature” projects, or those that are massively scalable.  Or perhaps scale doesn’t matter, but they want a project that has contributors from more than a small handful of companies. The tagging system helps users determine which projects fit a user’s needs.  It also makes the landscape more competitive, as multiple projects can cover the same functionality and users can choose which to deploy.

This structure has enabled the OpenStack ecosystem to more quickly and efficiently add new projects and capabilities. For example, OpenStack’s Containers as a Service project, Magnum, didn’t exist six months ago. Similarly, this cycle saw the addition of the SearchLight search tool, Astara network orchestration tool (formerly Akanda), the Kuryr container networking project, the CloudKitty billing project, and the Community App Catalog, which had been announced at the May summit in Vancouver and is now not only operating and populated, but includes a Horizon plugin so that users can deploy apps directly.

So, as InfoWorld asks, “Will the Big Tent approach make users feel less intimidated by the growing number of moving parts within OpenStack?”

The answer seems to be mixed.  Michael Warrilow, a research director on analyst firm Gartner’s infrastructure software team, complains, “Nobody knows what’s core and what’s optional,” but of course that depends on whether you’ve been following the ecosystem or not.

Other analysts aren’t so tentative.  “OpenStack has emerged as an increasingly capable and widely deployed open cloud technology,” Al Sadowski, research director at 451 Research said. “The companies using it successfully are those that have done their research, engaged with the project’s community and deployed in manageable stages. We expect OpenStack-based service providers will outgrow the overall IaaS service provider market through 2019.”

His analysis seems to be borne out by the accelerating rate at which companies and individuals are contributing to OpenStack. “The number of code commits alone show that the amount of contributions continues to rise well above a linear rate with each release,” wrote About: Virtualization. “This is helpful to validate what many in the open source community have said, that OpenStack is a viable platform for organizations of all sizes, and industry verticals.”

In fact, a May, 2015 report from Forrester Research was even more definitive.  Titled “OpenStack Is Ready — Are You?” the report says, “Notable Fortune 100 enterprises like BMW, Disney, and Wal-Mart have irrefutably proven that OpenStack is viable for production environments. These are regular companies, not firms that were born digital like Etsy, Facebook, and Netflix. OpenStack’s presence in the market is now accelerating, leveraging the success of these pioneers.”

Perhaps About: Virtualization’s Eric Wright put it best: “When I speak at events and work with folks who are making the leap to OpenStack, the classic line always pops up: ‘OpenStack seems like it’s still a science project.’ My response to this is simple: ‘Yes, but so is SpaceX.'”