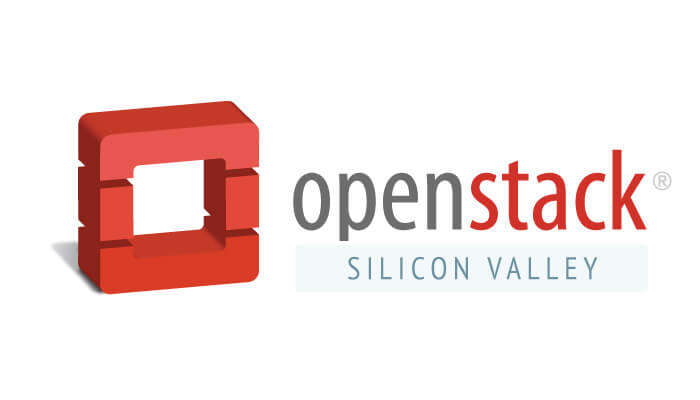 This past month saw the second annual OpenStack Silicon Valley event, focused this time on the intersection between OpenStack and containers. The sold out event included a number of announcements, as well as talks from Google, Intel, Microsoft, and more familiar OpenStack names such as Intel, IBM, and EMC.  Here’s a quick look at what you missed, including announcements from the OpenStack Foundation and IBM, as well as more information on announcements from Intel and Google.

In his keynote, Jonathan Bryce, Executive Director of the OpenStack Foundation announced that OpenStack had been granted 501c6 status from the Internal Revenue Service. The status is significant not only because it will enable the Foundation to spend more money on its mission, but also because it had previously received a denial, throwing into doubt many such open-source-type industry groups. “This is clear recognition of the positive impact that our Foundation is having on the cloud computing industry,” he said. He also laid out suggestions for succeeding with cloud, including starting with a specific focus, looking for experience within your staff in operating horizontal scale services, defining “Cloud-Preferred” policies that make developers more likely to choose cloud environments, and doing cloud for a specific purpose, rather than just because you can. “Companies who are successful with cloud have good reasons to do it.” He also discussed the Foundation’s new application developer-focused content.

IBM announced that Blue Box OpenStack was now running on Softlayer, just 90 days from the purchase of the startup for an undisclosed sum. The company said porting to Softlayer makes it possible for anyone to fire up an OpenStack cloud from anywhere Softlayer has a presence, in about an hour. Blue Box (an IBM Company)’s Jesse Proudman made the case that OpenStack distributions would be replaced by the continuous upgrade of managed services (like IBM Blue Box OpenStack).

Intel elaborated on its announcement earlier in the week that it had entered into a $100 million technology collaboration and investment as part of its “Cloud For All” initiative. Intel’s Diane M. Bryant, an executive with Intel’s data center group, talked about some of the things holding OpenStack back from enterprise adoption, such as the need for better security and version control, the current level of integration complexity, and difficulties in constructing hybrid cloud environments. The Cloud for All initiative, which also includes creating the OpenStack Innovation Center (OSIC) with Rackspace — including plans to build not one, but two 1000 node clusters for testing OpenStack technologies — is meant to find a way to overcome many of these issues.  Intel’s end goal, according to TalkingCloud, “is to bring hyperscale-level IT efficiencies to the masses by eliminating all the limiters to deploying a cloud environment. For Intel that’s critical because clouds are a deployment model that make the most use of multicore processors in servers. As those multicore processors continue to evolve, Intel will make use of different types of cores on the same processor to optimize the performance of specific types of workloads running in the clouds. For example, applications may run on top of a traditional Xeon processor core, while the algorithms attached to OpenStack or Kubernetes management frameworks are optimized within a field programmable gate array.”

Of course the topic of the conference was containers, and there were plenty of opinions to go around. Adrian Otto, principal architect at Rackspace and PTL of the OpenStack Magnum project, explained how it works, enabling OpenStack to provide Containers as a Service using Kubernetes, Docker Swarm, or Apache Mesos. In a panel with Derek Collison, CEO of Apcera, Inc.; Sheng Liang, CloudStack pioneer and Rancher Labs, Inc. founder; James Watters, VP & GM, Cloud Platforms of Pivotal Software, Inc., explained why containers will not replace VMs any time soon, because they solve different problems. Watters put it more succinctly: “I just use Google’s public Cloud as the bar. If you could go 100% container, they would’ve done it.”

CoreOS’s Alex Polvi debunked four myths of containers: Containers Replace Virtual Machines (VMs) (they don’t), Legacy Apps Don’t Work (they do), You Can’t Run Stateful Apps (you can) and Containers are Not Secure (done right, they are). “When a single container is hacked, the attacker will get a smaller view of the world than they would if they hacked a normal server,” Polvi explained.

On the customer side, Lithium’s Lachlan Evenson talked about his company’s transition to containers, explaining that the point of OpenStack is to use it as a platform for plugging in what you need, and DirectTV’s Amit Tank discussed the company’s use of OpenStack to manage traffic load and load spikes, as well as integrating existing infrastructure with OpenStack.

Battery Ventures’ Adrian Cockroft talked about microservices, but not just from a technological perspective; he explained that software tends to emerge looking very much like the organization that produced it.  So if you want discrete functions managed by specific components, then those teams need to manage those components, rather than getting pulled into other projects constantly.

And of course there was Google’s Craig McLuckie, who talked not just about Kubernetes and how Google came to the decision to open source it (spoiler: it was tough for him to make the case, but they’ve been very happy since), but also where he saw OpenStack in all of this. “OpenStack has democratised IaaS,” he said. Google is not yet an enterprise-centric company, but it wants to be; it sees OpenStack as an opportunity to get into the enterprise by solving enterprise problems. He also discussed the ways in which containers solved the “experimental cliff” of traditional Platform as a Service, where developers reach a point where their PaaS can’t do what they want it to, and they get frustrated because they’re now locked in and can’t add features. Container orchestration systems such as Kubernetes, he says, solve this problem by breaking out just the orchestration (Kubernetes) and the packaging (Docker) for maximum flexibility. He called on both communities to work together to bring “cloud native” to the forefront of development. “Kubernetes and OpenStack are the path to cloud native success,” he said. “We need to work together as a community.” He also discussed where Kubernetes was likely to go next. Also on Wednesday, Google announced general availability of the Google Container Engine (GKE, to avoid confusion with Google Compute Engine (GCE)).

Even Microsoft was there, with former Forrester Analyst and current Microsoft Chief Strategist of the Cloud and Enterprise division James Staten talking about how one of the major problems with OpenStack isn’t OpenStack itself, but rather the fact that many IT departments simply aren’t ready to make the transition to cloud. He stressed the need for them to understand how to get staff to use their services rather than shadow IT by saying “yes” instead of “no” all the time.

Randy Bias, now of EMC, talked about the need for simpler deployment in OpenStack, eschewing flexibility in the name of interoperability.  (Coincidentally, IBM’s Catherine Diep, of the Refstack project, had a bit to say on that subect, as well.)

Video from the general sessions will be available at http://www.openstacksv.com. You can also watch interviews from The Cube and OpenStack:Now, who both broadcast live from the event.