Here’s what many don’t understand about OpenStack: it’s not just open source cloud software, it’s a movement to commoditize infrastructure. When first launched, it disrupted the cloud software market, forcing established players like Eucalyptus, CloudStack and even VMware to reconsider their market direction. As the OpenStack community evolved, it started to commoditize poorly differentiated technologies around it – such as billing and metering systems, proprietary installers and third party platform tools. Every day more and more infrastructure companies have to answer the much-dreaded question of “how are you really different from OpenStack?”

Big deal, skeptics would say. MySQL followed Oracle; JBoss followed WebSphere. Rebuilding AWS under Apache 2.0 is no commoditization wave. Well, today the community is onto something that is much larger than just re-building AWS.  OpenStack is now moving to disrupt one of the key hooks of lock-in that has little to do with software code — the traditional hook of “vendor certifications.” And we at Mirantis are going to help the community do this.

One of the most powerful ways used by large companies to build competitive barriers is through platform certifications. “I’ll certify your OS to run on my hardware…I’ll certify your software to run on my OS, and so on…” Add one part compatibility testing, two parts public relations, mix together and you have your competitive barrier. We see signs of this happening in OpenStack right and left. Large software powerhouses have been notorious for exploiting the platform certifications advantage against the smaller, disruptive vendors for years. But the OpenStack community is about to change this. How?

The OpenStack community is now building a standard, open set of tools that vendors can use to self-certify compatibility of their solutions with the upstream OpenStack codebase. Vendors will set up their own internal testing labs, link these labs to the community-driven OpenStack continuous integration system, and dynamically expose the results of their certification tests in a publicly available dashboard. Jay Pipes, who recently joined the Mirantis team, is helping spearhead this effort and has published a series of posts to help infrastructure vendors join and participate in this program:

More than a dozen major infrastructure vendors, including VMware, NetApp and HP, as well as large OpenStack users such as Yahoo and Dreamhost, are supporting the initiative. We’ll be asking all partners integrating with Mirantis OpenStack to formally join this effort and are committed to helping vendors set up their internal testing environments. To that effect, we’ll also be offering free support to all vendors setting up their internal testing labs. Third party vendor drivers that haven’t been tested following this process will likely be deprecated from the OpenStack trunk by the end of 2014. If you aren’t already a part of this effort, please contact us.

When this is done, everybody looking to adopt OpenStack will have access to accurate and objective information on how well a vendor’s solution works with OpenStack with no involvement on behalf of a downstream distribution vendor. Moreover, everybody will know what tests were conducted and what process was followed to justify any certification. 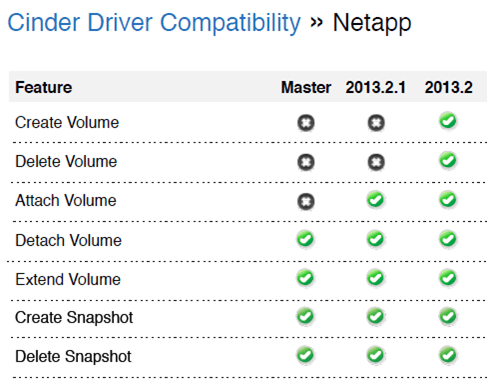 The reason I am particularly excited about this is because this initiative advances a bigger mission of the OpenStack community. In my opinion, that mission is not just about software and has little to do with how easy OpenStack is to implement, how well it scales or how many bugs it might have. That bigger mission is about breaking down competitive barriers that large vendors leverage to extract unfair margins from customers and slow the pace of infrastructure innovation.

When Amazon launched EC2 and the concept of infrastructure cloud was born, it took the world a while to understand that “cloud” is a paradigm shift in infrastructure computing, not a VMs-on-demand offering. Today, many who criticize OpenStack are stuck in the mentality that OpenStack is just open source cloud software, where in reality it is an infrastructure commoditization movement. Ultimately, OpenStack is not about the software. It is about establishing an even playing field where innovative technologies stand a chance against the big dogs.

With this initiative OpenStack is once again redefining the boundaries of open communities, while pushing the vision of vendor-agnostic cloud closer to reality.