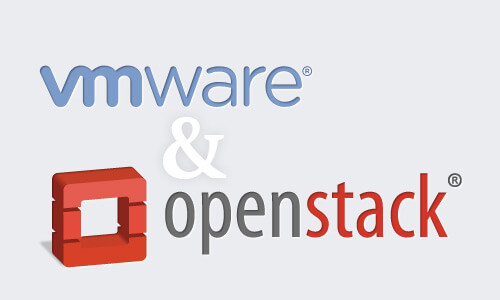 If you’re reading this blog, you probably know a good bit about OpenStack, and how it handles Infrastructure-as-a-Service (for cattle, basically). You might not, however, be as well-versed in VMware, which has been handling virtualization services (for pets, really) for quite some time now, and over the past couple of development cycles has become part of the OpenStack ecosystem.

As it turns out, declaring your sympathies in the competition between pets and cattle doesn’t tell you everything you need to know about either or both. What’s more, there are ways in which each is suited to particular problems. And if you’ve spent more time in the pre-OpenStack world of server virtualization, understanding how the two can are put together helps make those choices more of a palette of options and less of an all-or-nothing proposition.

So in preparing for next week’s webinar on OpenStack and vCenter, I thought I’d put together a short primer on what the different relevant pieces are, and how to make them work together. During the webinar I’ll be doing a demonstration on compute and networking resources that are created from within OpenStack and managed with vSphere, so I’ll focus on that.

OpenStack consists of a series of APIs, which are accessed using specific drivers.  When you create a new Compute host, you decide what kind of hypervisor you’re going to use.  As part of Mirantis OpenStack, Fuel typically gives you the choice of KVM (for hardware deployments) or QEMU (in a virtualized environment).  In this demonstration, however, you’ll also have the option to choose vCenter. 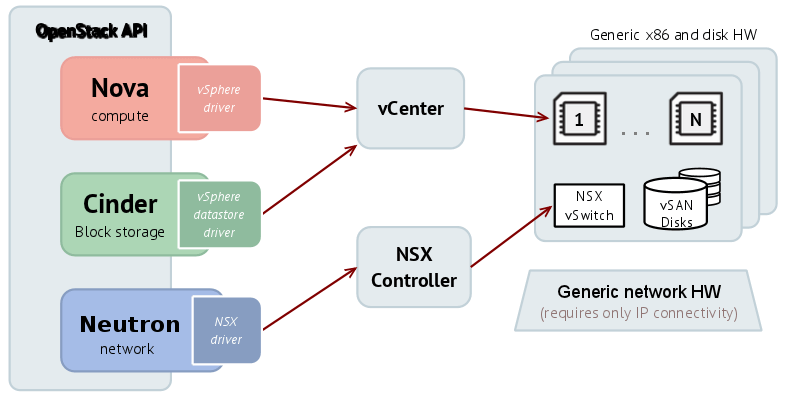 If you choose vCenter, the hypervisor will basically be VMware’s ESX technology which itself can communicate through the vSphere driver with vSphere, which is part of the vCenter suite of tools.  (ESX also has its own console, but we won’t worry about that for now.)  This way, OpenStack can control the VMs managed by the hypervisor as normal, but so can vSphere. So if you already use ESX as your hypervisor of choice on some machines, you can also have OpenStack manage VMs that run on ESX, and get a unified view of your entire infrastructure.

The same thing happens when you have the opportunity to choose Neutron with the NSX plugin (as we’ll be doing in the demo).  This plugin enables you to use NSX controller to manage your networking, so you can create a network in the OpenStack Dashboard, then see and manage it from within the Nicira dashboard.

Next week we’ll talk more about some of the more fundamental architectural issues surrounding different types of workloads and which environments might be best for them, but for now, the main thing is knowing that you don’t have to choose one over the other.

Still haven’t registered for the webinar?  Click here so you can see the demo first-hand.

5 responses to “When Pets Meet Cattle: OpenStack and VMware, Part 1”