Volkswagen: Self-driving cars and the reinvention of IT infrastructure 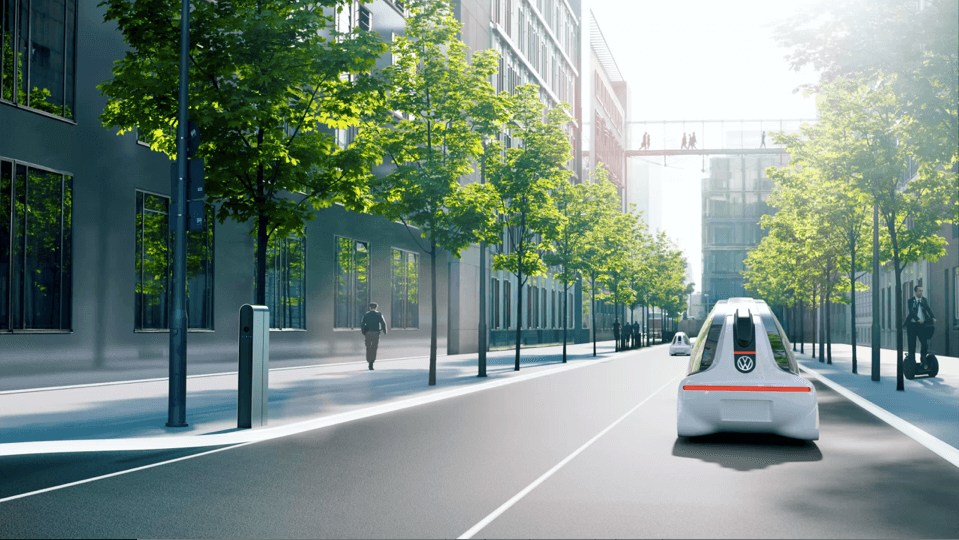 Two weeks ago Volkswagen announced that it would be standardizing its IT infrastructure around OpenStack. Today at the OpenStack Summit in Austin Mario Müller, corporate director of IT operational services and infrastructure technologies at Volkswagen Group, gave more details of both the "what" and the "why" of this initiative. According to Müller, it's about cost savings, agility, and self-driving cars. According to Gigaom, any time you're spending more than $50,000/month on public cloud, you should think about your own private cloud -- even if it is evident that “private cloud would require more work,” as Müller told TechCrunch earlier this month when the deal was publicly announced. VW's ongoing plan is an ambitious one. First, the company plans to build hybrid cloud using the Mirantis OpenStack distribution as a next step of its IT reinvention, as shown in the figure below. 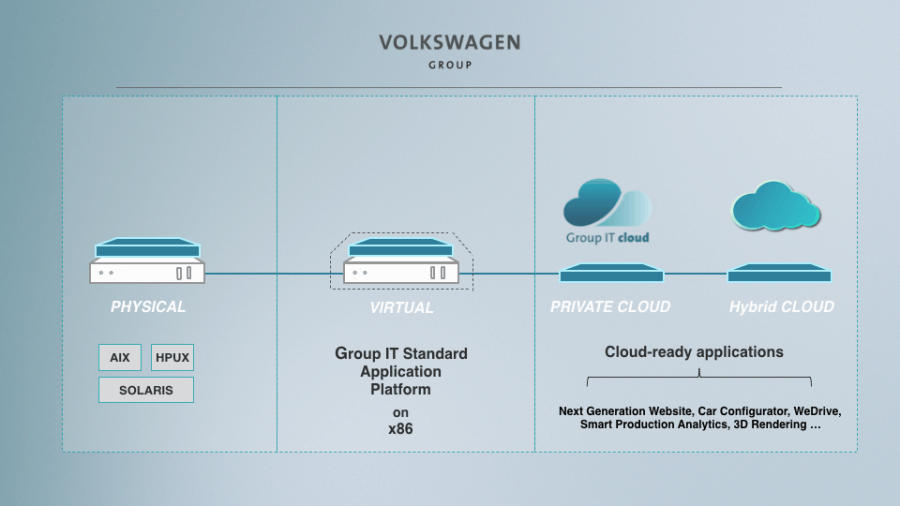 VW has separated the process into three steps: Step 1: Virtualization is already done. The idea was to build a Standard Application Platform (using x86 servers). Step 2: OpenStack as an IaaS platform has also been implemented. Step 3: PaaS implementation on OpenStack is in progress now, to be completed in June, 2016. The Volkswagen Group includes such world-famous auto brands as Audi, Bentley, Bugatti, Ducati, Lamborghini, Man, Porsche, Scania, Seat, Škoda and Volkswagen itself. As an enterprise they made 202,5 billion Euros sales revenue in 2014, with 11.5 billion Euros spent on Research and Development. At least 600,000 employees are working in more than 167 locations. In 2014, the Group increased the number of vehicles delivered to customers to 10.137 million (from 9.731 million in 2013). That kind of volume and complexity requires a great deal of agility, Müller explained.  Agility, he said, is about improvement of work streams, but it's also about moving the infrastructure to the next level of automation. At the extreme it means users’ self-service for the IT infrastructure. So if workloads have been managed automatically and resources are delegated of their own accord (per user’s request basis) this leads to substantial IT budget savings and marked increase in efficiency.    He also emphasized the importance of standardization of IT infrastructure. As VW has dozen of brands and more than one hundred and sixty locations, it needs some unified policies to manage infrastructure and to create and manage internal and consumer-facing applications for all of its companies. As one of the main benefits of OpenStack is to accelerate the delivery of new applications and to improve IT responsiveness to the business, VW expects that renovated IT infrastructure will help them to speed up the delivery of IT to the business, and finally will push down expenses because of the reducing proprietary costs. But VW is looking past reducing costs, and even looking past today's vehicles.  “As the automotive industry shifts to the service economy," said Müller in the official press release, "Volkswagen is poised for agile software innovation.” But what does it mean in particular? Well, consider the fact that the average person spends 37,668 hours in a vehicle in their lifetime.  (That's more than 4 years, if you're keeping track.)  Would it be nice, Müller said, to simply go to sleep and wake up at your vacation home? That’s why Volkswagen is inspired by the idea of the autonomous driving. Until now, the engine was the heart of the vehicle and the human being was its soul (and mind). Now, he said, the time has come to change that, via cloud connected cars.  The company already has two completely electric, Internet-connected cars (one of which is a Porsche with some truly impressive acceleration numbers). The company's future plans are for cars that are completely automated, doing the driving for you. “The best way to predict the future," Müller quoted Alan Kay, "is to invent it.” And Volkswagen seems bound and determined to do just that.