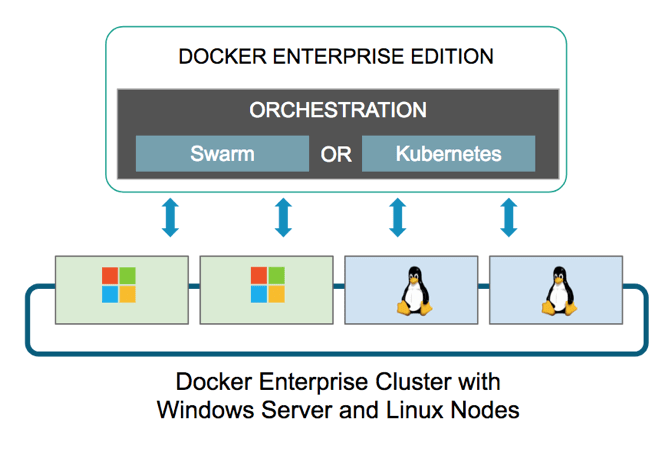 Docker and Microsoft have been working together since 2014 to bring containers to Windows and .NET applications. Today at DockerCon, we share the next step in this partnership with the preview and demonstration of Kubernetes on Windows Server with Docker Enterprise Edition.