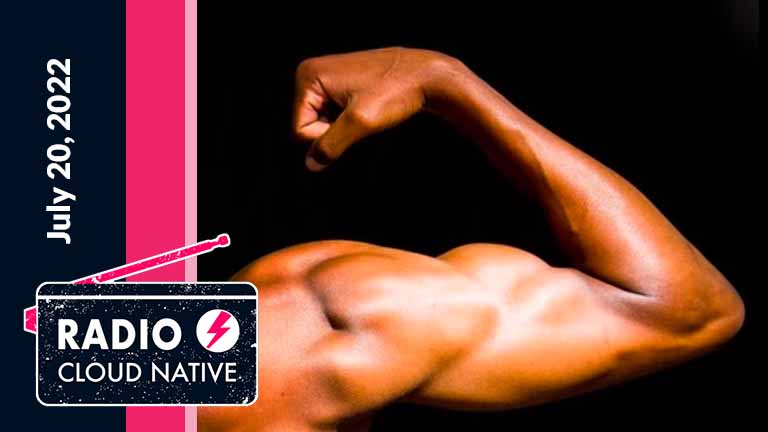 Eric: Google Cloud announced a new Arm-based Compute Engine VM option called Tau T2A, marking the first Arm offering from Google Cloud. They were the last of the Big Three public cloud providers without an Arm product, so Arm has now achieved a trifecta and presumably world domination will follow.

Google describes the Tau T2A offering as a cost-effective and performant option for “scale-out workloads including web servers, containerized microservices, data-logging processing, media transcoding, and Java applications.” The VMs offer up to 48 vCPUs per machine, with 4GB of memory per vCPU and 32 gigabytes per second of networking bandwidth.

Beyond the specifics of Google’s offering, it’s really the industry-wide move toward Arm that is notable here. We’ve seen AWS using Arm in an increasing number of offerings like Lambda – they’ve even got EC2 instances using Apple’s Arm-based M1 chip hitting general availability this month. And we can expect Microsoft and Google to follow that trend. Ultimately, this is good news for portability, making it easier for software written for an Arm architecture to travel from the cloud to cloud as needed.

Nick: So Qualcomm, Ericsson, and Thales are talking about making 5G available everywhere, which sounds like the same old same old sales pitch, but in this case it's actually above and beyond. Literally.

The 3GPP Global Telecommunications Standards’ Body version 17 adds support for non-terrestrial nodes, so these companies are looking to combine satellites and terrestrial resources to provide 5G service literally everywhere, including over oceans and in the middle of forests, so maybe I can finally get service out by my barns.

And of course Edge Computing also continues its inexorable march into all of the world.  Fierce Technologies reports that "Lumen Technologies is expanding its edge computing solutions into Europe, starting with the U.K., France, Germany, Belgium and the Netherlands with additional locations planned by the end of the year. The company said that Lumen Edge Computing solutions can meet approximately 70% of enterprise demand in these European countries within 5 milliseconds of latency.

As part of the European deployment, Lumen enabled an additional 100G MPLS and IP network connectivity, as well as increased power and cooling at key edge data center locations."

However, there is one use case that is causing just a little bit of trouble, and that is, believe it or not, smart thermostats.  So you know how your thermostat lowers the temperature at night, then at about 6am starts warming up your house?  Well, remember, thousands of other thermostats are doing the same, and it turns out that this is stressing the electrical grid.

Eric: A few weeks ago, we reported that Rust is coming to the Linux kernel as soon as the 5.20 release. As with any change to literally anything in the world, there’s been some community sturm und drang over this, particularly over compatibility issues between Rust and the gcc compiler which could lead to fragmentation in the ways the kernel gets compiled.

That particular concern is one step closer to resolution with this week’s news that the GCC steering committee has voted to approve the contribution of GCC Rust to the overall GCC project. In a mailing list announcement, GCC Steering Committee founding member David Edelsohn said “we look forward to including a preliminary, beta version of GCC Rust in GCC 13,” which past release cadences would suggest will appear around May of 2023.

So this is a step toward a single, comprehensive compiler regime via GCC, assuming that Rust lasts longer in the kernel than the last attempt at a second language, C++, which was abandoned after a two week trial run in the nineties. Rust-y kernel detractors argue that the Rust toolset is immature and…I don’t know, that it’s a hipster language?

Nick: It kind of is a hipster language.

Eric: Linus Torvalds has cautioned that the inclusion of this second language in the kernel is no more or less than an experiment, but having a memory-safe language is definitely a useful resource from a security perspective, and a big stage like the Linux kernel would presumably encourage some maturation of the toolset. So we’ll be watching this story with interest – the 5.20 kernel release is expected this fall.

Upwork and Tent partner in Ukraine

Nick: As the war in Ukraine grinds on, an estimated 13 million people have left their homes, and while many have gone back determined to return to some sort of normalcy, something like 5 million have lost their jobs. Upwork, which is a remote work marketplace, and the Tent Partnership for Refugees (Tent), a global network of over 250 major businesses committed to supporting refugees, have launched “Opportunity Unlimited: Connecting displaced professionals to remote work” – a new initiative to connect tens of thousands of professionals displaced from Ukraine to skilled remote work opportunities.

“As permanent employment may not yet be available for most refugees from Ukraine," said Gideon Maltz, executive director at the Tent Partnership for Refugees, "freelance work is a lifeline for connecting them to income and leveraging their skills, especially in the IT and digital sectors.”

Hayden Brown, president and CEO of Upwork added, “We’ve been in awe of the Ukrainian people’s resilience over the course of this crisis, having figured out how to take their work with them and continue earning a livelihood under the most impossible circumstances.”

Tent and Upwork are partnering with organizations like Payoneer and the United Nations International organization for Migration, and NGOs such as Techfugees and Humans in the Loop.

In addition, Upwork will be providing support services such as access to talent coaches who will help displaced professionals register on Upwork, identify skills that are in high demand, and advise them on how to market themselves to companies seeking independent talent, as well as skills certification and badging.

Companies interested in joining the initiative can find out more by visiting: https://www.upwork.com/opportunity-unlimited