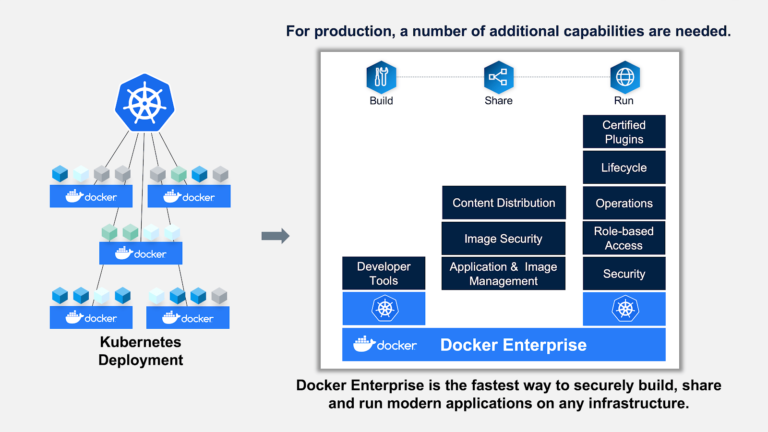 Docker And Kubernetes? I thought you were competitors?

We hear questions along this line all the time. Here are some quick answers:

Can I use Kubernetes with Docker?

You can learn more about this choice from the on-demand webinar, Swarm vs. Kubernetes, Presented by BoxBoat.

A Secure Software Supply Chain is another big part of what makes up a container platform. After all, Docker Engine and Kubernetes wouldn’t have anything to do without container images! This was clearly another area with lots of interest.

We demonstrated vulnerability scanning and some questions came up about where scanning fits in the development lifecycle.

Do you scan containers in development? Test? QA? Production?

Vulnerability scanning is a feature of Docker Trusted Registry (DTR), which is part of Docker Enterprise. Scanning can happen any time a new image is pushed to the registry, when the vulnerability database is updated, or on demand.

A lot of people had questions about how to get started with Kubernetes. Fortunately, they’re much easier questions to answer and many of the resources are free!