Mirantis has helped more than 200+ companies deploy Mirantis OpenStack at scale since it launched its first OpenStack distribution in 2013. These customers are not shy about telling us what they need — and that’s a good thing! The best products are born out of customer feedback. And over and over, we kept hearing from customers that they want us to simplify what we’re calling “Day-2” operations: 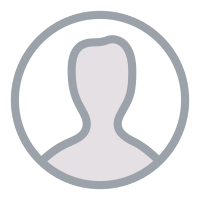 “I want OpenStack to be even more resilient at scale.” 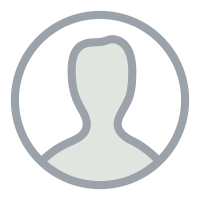 “Automated deployment with Fuel is a great first step, but now we need the same for the entire OpenStack lifecycle.” 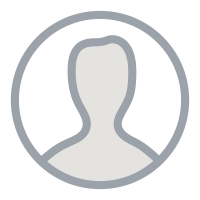 “Can you enhance Murano to further streamline workload deployment on OpenStack?” 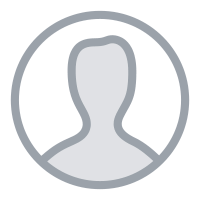 All of these pieces of feedback have one thing in common: They come into play after Mirantis OpenStack has been deployed, or “day two.” For this reason, our team made “Day-2” the  focus as they developed Mirantis OpenStack 7.0. Our latest release offers a major step forward in change management, updates, upgrades, monitoring, diagnosis, and workload deployment. In fact, it is the most stable Mirantis OpenStack release so far. Let’s dig into the improvements we’ve made to some of these areas:

Our engineering team has a maniacal focus on OpenStack testing and quality. In Kilo, we were the #1 bug fixer, with 900+ fixes. We also fixed an additional 300+ bugs in Mirantis OpenStack 7.0. This testing is what creates a stable hardened release. In this release, we expanded our longevity test-suite so we can find intermittent and difficult-to-find bugs. For example, one critical bug we fixed was Horizon becoming non-responsive after a long-duration of testing. The culprits were MySQL and RabbitMQ; they were filling up all available RAM and Swap memory. Additionally, we have improved all our automated test suites, including scale testing, which now includes Murano, Sahara and Ceph. Finally, the release is further hardened by back-porting select fixes from the Liberty release.

The release has a number of Fuel GUI improvements to filter and sort nodes, allowing customers with large deployments to see their entire cloud on one dashboard.  For example, users can filter by the number of cores in a node. Upgrades can now be rolled back. And other IT systems can securely integrate with Mirantis OpenStack using SSL endpoint protection. This release also allows additional deployment flexibility where certain services can be moved to dedicated nodes. For example, if for some reason you wanted to move RabbitMQ to a dedicated node(s), you can do so. Or the entire control plane could be deployed on VMs for a small-footprint. Users can also specify complex underlay network topologies in a simple flexible manner using network templates. For example, users who need a dedicated replication network for storage can now define one with this feature.

To deploy workloads on OpenStack using a self-service push-button approach, we continue to enhance Murano, the OpenStack app catalog. Murano has several improvements, such as pluggable infrastructure orchestrators, improved role-based access control and support for VMware and Windows apps. There’s also a new developer guide if you are developing Murano applications. And talking about Murano apps, the Kubernetes app now auto-scales the underlying infrastructure based on the utilization of Kublets without any manual step or intervention.

Mirantis is the pure-play OpenStack company, so with every release, we add new partners. Over the next few weeks we will have Fuel deployment plugins for Calico SDN and SolidFire storage. We also make the Fuel deployment plugin framework easier to use, because extensibility is a key part of Mirantis OpenStack. In this release, plugins can define new node roles and reserve virtual IP addresses.

Our VMware story also continues to progress. We now support NSX-v and vSphere distributed switch that interoperates with other Neutron SDNs. A large number of users want to build rich heterogeneous KVM + vSphere clouds, and now they can. Finally, big data customers can use the HDP plugin for additional HDP services, event logs, and creating Hadoop clusters with local volumes.

Mirantis OpenStack 7.0 is based on the Kilo release. We were a huge part of Kilo — a top 3 contributor, #1 when it comes to thought-leadership projects (e.g. Heat, Murano, Sahara, Rally and others), and #1 in bug fixes (as mentioned before). With Kilo, you can get new features and improved quality.

We are excited to see our users download Mirantis OpenStack 7.0. We hope you will be delighted by the improvements we made for Day-2 operations, and of course, that you will continue to let us know what you think!

For more details on what’s new and different, you can read the release notes or check out the what’s new page.