This is the second in a series of blog posts discussing OpenStack Trove. Trove is OpenStack’s Database as a Service (DBaaS) project, whose intent is to provide all of the capabilities of a relational database without the hassle of having to handle complex administrative tasks. Here we explain the current Trove design issues and our decision to create a conductor service for Trove.

The current Trove architecture design has one issue–the guest service inside a provisioned VM requires Trove back-end connectivity to update its status from BUILD to ACTIVE. Since Trove and OpenStack could differ, it’s possible that the guest service would not be able to communicate with the back-end. We present a solution that’s already well-known to OpenStack services–MQ. That’s why we designed and created a conductor service for Trove called Trove-conductor.

The Trove Conductor is a service that runs on the host and is responsible for receiving messages from guest instances to update the information on the host, for example, an instance status or current backup status. When you have a Trove Conductor, guest instances do not require a direct connection to the host’s database. The conductor listens for RPC messages through the message bus and performs the corresponding operation. 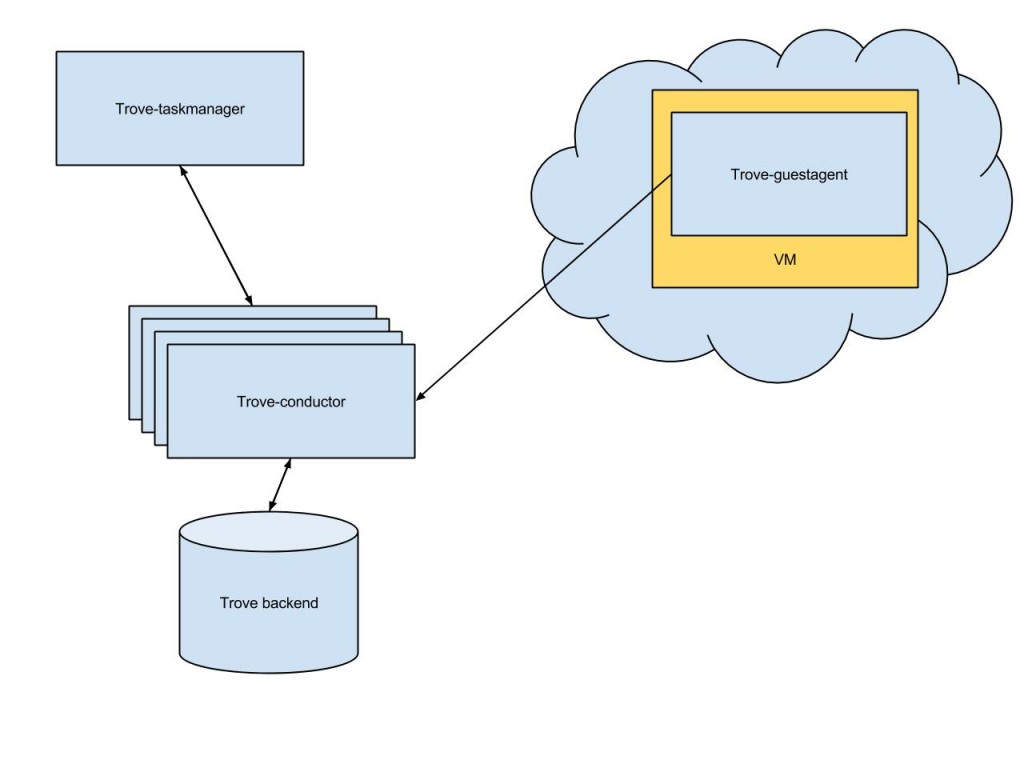 Phase 2 assumes that the deployer can launch more than one instance of the conductor service.

With the db-connection in a single place, the persistance models are now managed by two services–the trove-api and the conductor itself.

In phase 3, the conductor becomes the single entry point for any tasks that require db-connection, including the API service.

The remaining part of integration are db interactions for the trove-api service. Figure 3 shows those interactions. 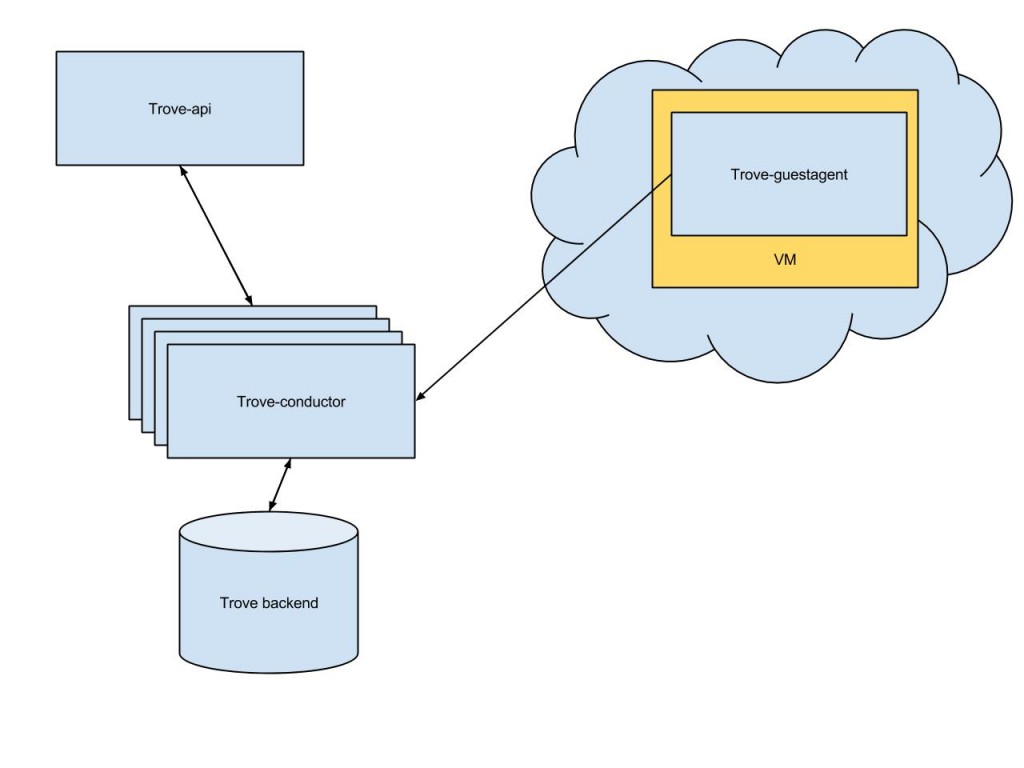 After such changes, the conductor can deal with everything related to back-end–the models’ CRUD operations. Let’s take a look at the final scheme. 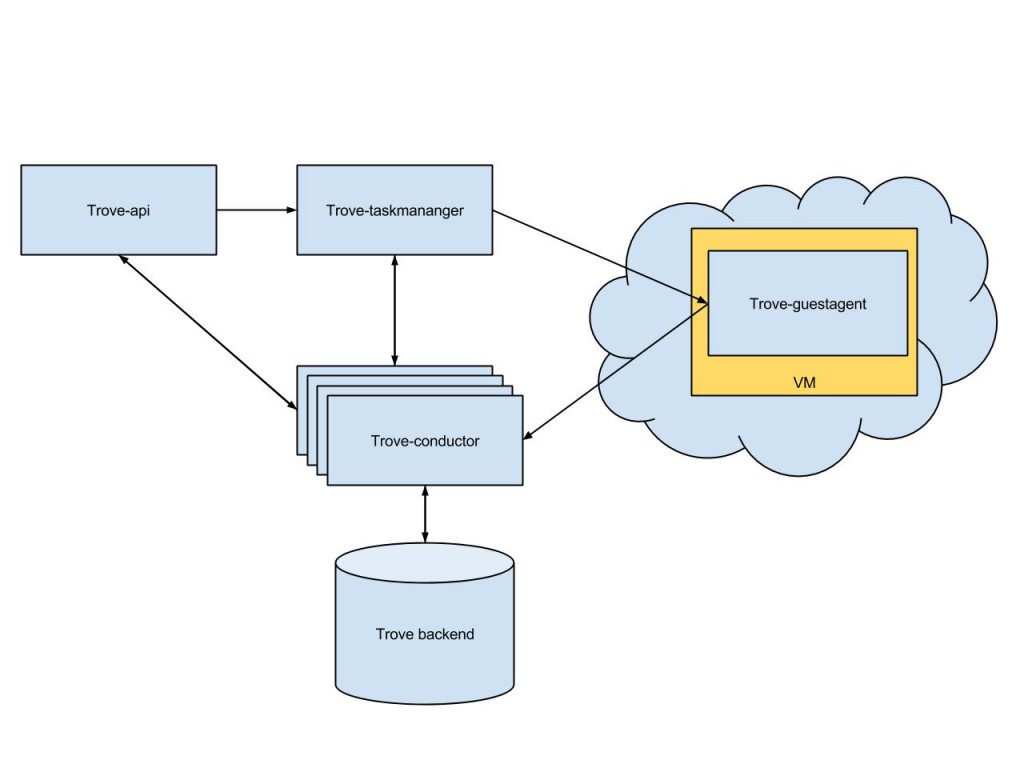 As you can see from last schema, the conductor becomes a single entry point for the models’ CRUD operations. Such an architectural design allows all Trove services to communicate with the conductor service over the MQ service (any kind of AMPQ protocol implementation). This makes for a sound decision when it comes to planning for the future.

The Trove Conductor is a service that runs on the host and is responsible for receiving messages from guest instances to update the information on the host. It breaks the connectivity with the Trove back-end, obliterating the problem of unreachable back-end host. The conductor service becomes a single entry point for any back-end required tasks.

Today I learned: How to make very small containers for golang binaries

One response to “Improving Trove Architecture Design with Conductor Service”