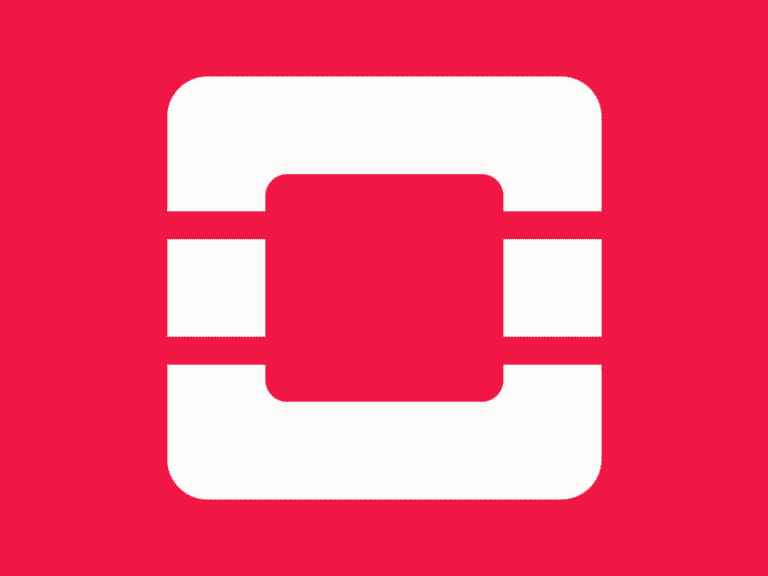 Earlier this year, we here at Mirantis found ourselves in a situation where we needed to upgrade across two OpenStack releases. It’s not an uncommon problem in enterprises; IT departments often bristle at the idea of doing major upgrades every six months — which is how fast new OpenStack releases arrive.

To have this problem as an OpenStack distribution vendor, however, that’s less common. But that’s what happened.

That’s not to say it took us by surprise. When we released Mirantis Cloud Platform 1.0 in March of this year, we wanted to provide the easiest transition possible — as well as feature parity — from Mirantis OpenStack 9.2. MOS 9.2 is based on OpenStack Mitaka, which has the extra added bonus of enabling us to provide customers the ability to move between Ubuntu Trusty and Ubuntu Xenial.

That’s the upside.  The downside is that it meant we were dealing with an OpenStack that was almost a year old, and that’s certainly not what we want.  Especially with a third release just three months away, we had to figure out how to get back on track, bypassing Newton and going straight to Ocata so our customers would be ready when Pike arrived.

This blog describes OpenStack upgrades in general, and how we performed a double upgrade. We’ll also share a DEMO video of real upgrade on a hardware cluster, upgrading Mitaka-based OpenStack running with a Ubuntu Trusty control plane to upgrade to Ocata running on Xenial.

What is an OpenStack Upgrade?

There’s a good reason that upgrades has been one of the hottest topics in OpenStack for the last few years. Like any system upgrade, an OpenStack upgrade is something scary to operations people, and it has been very painful in the community since the beginning.

I’ve been around long enough to remember that upgrades from releases such as Grizzly with Neutron were almost impossible. Historically, the OpenStack community has supported only upgrades of the actual components, and even then, only from one version to the next. However, considering the OpenStack project’s complexity and adding in the inevitable vendor plugins necessary for a truly enterprise-grade deployment, the reality is that guaranteeing that your setup was even upgradable was impossible, at least without further analysis.

Ultimately, in most cases “upgrade” really meant redeployment of the whole cloud and then migrating workloads to the new infrastructure. Projects such as CloudFerry were developed to ease the burden of resource migration between these clouds, but clearly that wasn’t the answer.

Looking at those 3 steps, it might sound like an easy task. In fact, there is a significant portion of the community that got to thinking that if we could just containerize OpenStack and run it on Kubernetes, an upgrade would become a 5 minute exercise. The truth is that while containers provide a simple and faster of performing the binary upgrade portion of the process, the rest of the process remains the same. Containerization of OpenStack can’t solve problems such as:

Sounds simple doesn’t it?  So now that we’ve established by people are afraid to upgrade OpenStack, we’ll take you through the upgrade procedure in MCP and describe our experiences with various production setups.

Before we look at how this was done, let’s start with defining what it was we actually did.

MCP has a specific reference architecture, which has the advantage of limiting the number of different component versions we need to worry about.  So let’s start by defining the requirement component matrix, and what is and is not part of the upgrade. The core requirement was to do it as automatically as possible with minimum of manual steps. Here’s where we started, and where we ended up:

* Upgrading to 2.6/1.3.3 will provide you the ability to use Ocata’s new live-migration functionality in Nova, and utilizes the same procedure.

Some things to keep in mind:

As I already mentioned, Neutron and the network in general are the most difficult parts to get right, and perhaps the most delicate. MCP supports 2 network backends:

There are also some additional differences in architecture between the Mitaka and Ocata releases, so we had to add a few things:

Doing an upgrade across two releases requires calling nova database synchronization in a specific order. Fortunately, DriveTrain is managed via Infrastructure as Code.  That means that by editing Salt formulas, we can reliably control the way in which the cloud is built, or any changes are made.

To make sure the changes are done properly, we first extended salt-formula-nova by modules for database syncs on based on version. Using this procedure, we are able to skip the Newton release and jump directly to Ocata.  These formulas make sure that we:

Fortunately, this kind of intricate planning and repetition is just the kind of thing that Infrastructure as Code is great for; once we’ve adjusted our Salt formulas, we are ready to plug them into our pipelines.

In general, we’ll split the upgrade into 2 parts: the control plane and the data plane.

The second issue was that the DVR FIP namespace was missing the default route after the upgrade to Ocata. This caused the disconnection of all instances using the SNAT router. To solve this problem, our Neutron team sent the following patch to upstream OpenStack: https://review.openstack.org/#/c/475108/ .

OK, now that we’ve got that out of the way, we can go ahead and start the actual upgrade process.

The entire process is automated via the Jenkins pipeline, which has the following stages, but that doesn’t mean that the process isn’t human-controlled. Between each stage there is human judgment; approval is required to continue on to the next stage.

Let’s look at what happens during each step.

The first step is to make sure that the cluster reclass model is changed to include the right configuration for Ocata. Customers will ultimately have access to detailed information about those steps in the MCP documentation, but basically it requires the following steps:

All of those classes are publicly available shared models, based on Newton and Ocata pull requests, so anybody can update this model and include their own classes.

This the first stage of the actual pipeline, the goal of which is to verify cloud database consistency during the upgrade of the database schema. It automatically spins up a new single VM with an OpenStack controller and verifies API functionality against the dumped databases. DriveTrain will:

After this verification phase, we can be sure that the upgrade will not fail due some specific database content or API configuration. It also verifies that the metadata model fits the Ocata deployment with the existing configuration.

Once a human has verified that the test upgrade succeeded, he or she can approve moving on to the next stage, which does the actual upgrade of the OpenStack control plane. During this stage, nobody can provision a new workload, and the cloud dashboard is unavailable, but there will be zero downtime for existing workloads. During this phase, DriveTrain will:

This stage takes approximately 30 minutes, depending on package download speed. If local mirrors are available, it can take as little as 15 minutes. A future containerized control plane could potentially cut this time in half.

The last stage is an optional rollback in the case of any issues or failures. Automated pipelines will stop, waiting on rollback confirmation. During this time you should verify that your cloud is functioning properly. Should you need to roll the changes back, the procedure is:

Rolling back does not take more than 5-10 minutes. Now let’s see it in action.

All of that sounds like a lot of work, but in actuality there’s really not much for you to do to achieve this upgrade.  To see it in action, check out this video:

As you can see, we performed a real control plane upgrade from OpenStack Mitaka to OpenStack Ocata on a 6 node bare metal hardware cluster with Open vSwitch. We also had the new Ocata controllers boot instances on the existing Mitaka computes. 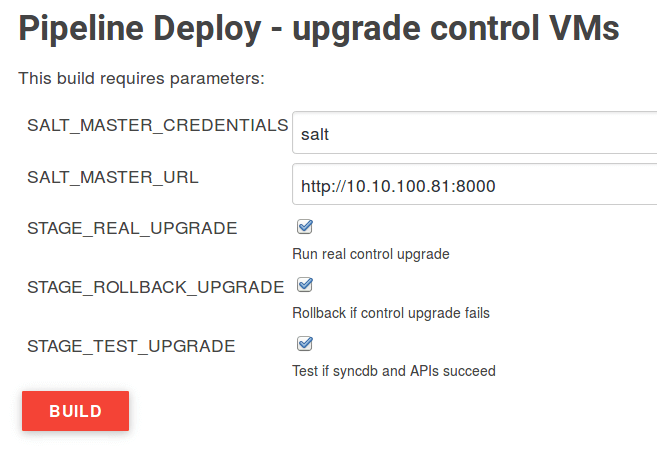 We then built the pipeline and kicked it off.

Now let’s get to the data plane upgrade.

As you saw in the previous section, the compute node upgrade is almost completely independent of the control plane upgrade, which actually gives us a great deal of flexibility in scheduling upgrades across zones.

As for upgrading the computes, the process will differ depending on the networking in use by the OpenStack cluster:

So to do the actual upgrade, we have created an automated Jenkins pipeline, which actually does the appropriate steps in the right order.

What’s more, the pipeline enables the operator to see the outputs on test, sample, and so on. Let’s go through the steps: 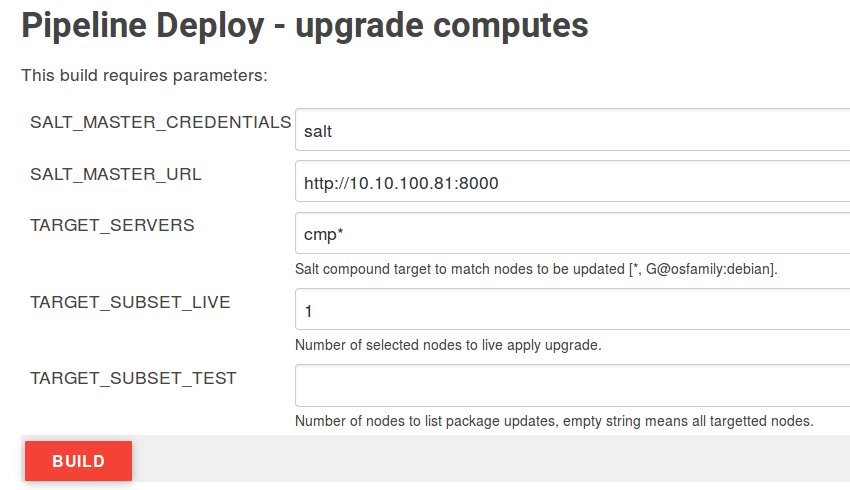 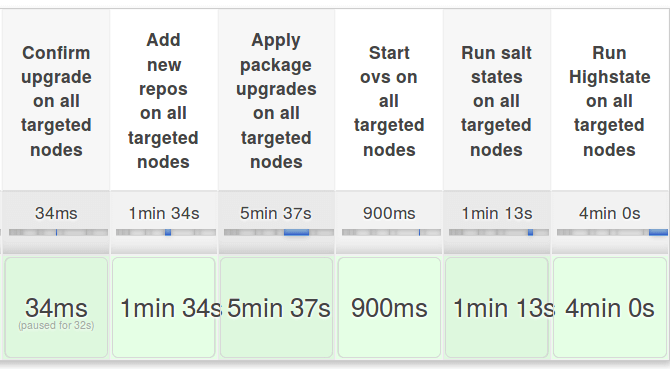 As you can see this automated procedure gives you a very powerful way to manage the upgrade of all your hypervisors without accessing them manually, and with complete audit capabilities.

In the future, MCP will likely utilize a containerized control plane, which can speed up package installation by downloading docker images. This process can save as much as 30 minutes, cutting the control plane upgrade time to a total of only 15 minutes. However, even with these changes, we still need to perform all of the other steps, such as database backup, architecture changes, configuration changes, and so on. On the other hand, a containerized control plane will add an extra layer such as Docker and Kubernetes, which can potentially increase operational complexity. We will have to monitor it and come with other tooling around to provide seamless upgrade of that layer as well.

In this blog, we demonstrated how easily we can take our customers from OpenStack Mitaka to Ocata clouds with backward compatibility and without significant outages. With the right tooling, upgrading OpenStack is no problem.

2 responses to “OpenStack Upgrade from Mitaka to Ocata (across 2 releases!) with Mirantis Cloud Platform”