Join us June 2nd at the Cloud Native eParty 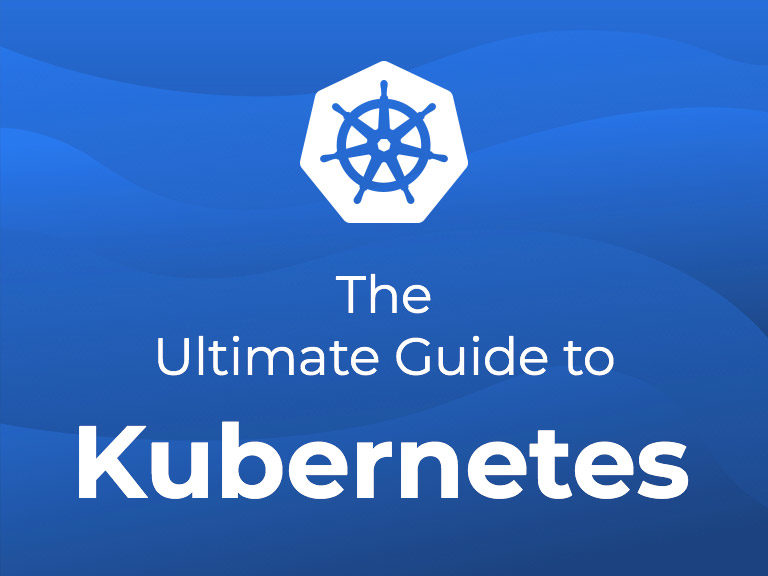 One thing we know about Kubernetes is that it’s got a reputation for being difficult to use.  Fortunately, it doesn’t have to be that way. Here at Mirantis we’re committed to making things easy for you to get your work done, so we’ve decided to put together this guide to Kubernetes.

You’ll notice that some sections don’t have content yet; we plan on filling them out as time goes on, so if you have suggestions for topics you’d like us to cover, or links to resources you find particularly valuable, please let us know.

Don’t Be Scared of Kubernetes

Kubernetes has the broadest capabilities of any container orchestrator available today, which adds up to a lot of power and complexity. That can be overwhelming for a lot of people jumping in for the first time – enough to scare people off from getting started. Here are five things you might be afraid of, and 5 ways to get started.

Kubernetes provides a way for operators to provide self service access for developers who need to instantiate and orchestrate containers. Here’s an introduction to get you started.

How to install Kubernetes with Kubeadm: A quick and dirty guide

Sometimes you just need a Kubernetes cluster, and you don’t want to mess around. This article is a quick and dirty guide to creating a single-node Kubernetes cluster using Kubeadm, a tool the K8s community created to simplify the deployment process.

Multi-node Kubernetes with KDC: A quick and dirty guide

Kubeadm-dind-cluster, or KDC, is a configurable script that enables you to easily create a multi-node cluster on a single machine by deploying Kubernetes nodes as Docker containers (hence the Docker-in-Docker (dind) part of the name) rather than VMs or separate bare metal machines.

How to deploy Airship in a Bottle: A quick and dirty guide

Airship is designed to deploy OpenStack, but it deploys it on Kubernetes, so the first thing it does is deploy a Kubernetes cluster, so it’s another option for getting a cluster up and running.

Virtlet enables you to run VMs as first class citizens within Kubernetes; this article explains how and why to make that work.

Everything you ever wanted to know about using etcd with Kubernetes v1.6 (but were afraid to ask)

The etcd key-value store is the only stateful component of the Kubernetes control plane. This makes matters for an administrator simpler, but when etcd went from v2 to v3, it was a headache for operators.

When you’re first looking at Kubernetes applications, it’s common to see a simple scenario that may include several pieces — but not explicit dependencies. But what happens when you have an application that does include dependencies. For example, what happens if the database must always be configured before the web servers, and so on? It’s common for situations to arise in which resources need to be created in a specific order, which isn’t easily accommodated with today’s templates.

How do you build 12-factor apps using Kubernetes?

It’s said that there are 12 factors that define a cloud-native application.  It’s also said that Kubernetes is designed for cloud native computing. So how do you create a 12-factor application using Kubernetes?  Let’s take a look at exactly what twelve factor apps are and how they relate to Kubernetes.

Introduction to Kustomize, Part 1: Creating a Kubernetes app out of multiple pieces

Kustomize is a tool that lets you create an entire Kubernetes application out of individual pieces — without touching the YAML for the individual components.  For example, you can combine pieces from different sources, keep your customizations — or kustomizations, as the case may be — in source control, and create overlays for specific situations.

In part 1 of this tutorial, we looked at how to use Kustomize to combine multiple pieces into a single YAML file that can be deployed to Kubernetes. In doing that, we used the example of combining specs for WordPress and MySQL, automatically adding a common app label. Now we’re going to move on and look at what happens when we need to override some of the existing values that aren’t labels.

In previous articles, we’ve been talking about how to use Kubernetes to spin up resources. So far, we’ve been working exclusively on the command line, but there’s an easier and more useful way to do it: creating configuration files using YAML. In this article, we’ll look at how YAML works and use it to define first a Kubernetes Pod, and then a Kubernetes Deployment.

In part 1 of this series, we looked at the basics behind YAML and showed you how to create basic Kubernetes objects such as Pods and Deployments using the two basic structures of YAML, Maps and Lists. Now we’re going to look at enhancing your YAML documents with repeated nodes in the context of Kubernetes Services, Endpoints, and Ingress.

How do I build a containerized app on Mirantis OpenStack with native Docker tools?

In this article, we take a look at what’s really going on behind the scenes of a containerized application by building one on OpenStack using native Docker tools.

Best of 2019 Blogs: Designing Your First App in Kubernetes

Creating and accessing a Kubernetes cluster on OpenStack, part 3: Run the application

In part 2, you created the actual cluster, so finally, you’re ready to actually interact with the Kubernetes API that you installed. To do that, you’ll need to define the security credentials for accessing your applications, deploy a containerized app to the cluster, and expose the app to the outside world so you can access it.

As Docker continues to evolve, it is important to stay up to date with best practices. We joined JFrog to go over the challenges of Dockerization, Dockerfile tips, and configuration tweaks for production.

Containers are often intended to solve a single, narrowly defined problem, such as a microservice, but in the real world, problems require multiple containers for a complete solution. In this article, we’re going to talk about combining multiple containers into a single Kubernetes Pod, and what it means for inter-container communication.

Deploy an application with Helm

Deploying an application using containers can be much easier than trying to manage deployments of a traditional application over different environments, but trying to manage and scale multiple containers manually is much more difficult than orchestrating them using Kubernetes. But even managing Kubernetes applications looks difficult compared to, say, “apt-get install mysql”. Fortunately, the container ecosystem has now evolved to that level of simplicity. Enter Helm.

There are many tutorials and guides available for getting started with Kubernetes. Typically, these detail the key concepts and  outline the steps for deploying your first Kubernetes cluster. However, when organizations want to roll out Kubernetes at scale or in production, the deployment is much more complex and there are new requirements around both the initial setup and configuration and the ongoing management – often referred to as “Day 1 and Day 2 operations.”

We installed an OpenStack cluster with close to 1000 nodes on Kubernetes. Here’s what we found out.

We did a number of tests that looked at deploying close to 1000 OpenStack nodes on a pre-installed Kubernetes cluster as a way of finding out what problems you might run into, and fixing them, if at all possible. In all we found several, and though in general, we were able to fix them, we thought it would still be good to go over the types of things you need to look for.

Scale and Performance Testing of Kubernetes

Managing thousands containers can be challenging, but if you want to know how Kubernetes will behave at scale we might be able to provide an answer. At KubeCon in Seattle, we shared the data we collected in our scale lab, which consists of 500 physical nodes. Using virtual machines, we can simulate up to 5000 Kubernetes minions running actual workloads, and our tests are designed to reveal how Kubernetes behaves while managing a complex application (in this case, OpenStack services) at large scale.

Kubernetes as an Edge substrate

If you look at the internet, there’s a lot of talk about edge clouds and what they are — from a conceptual level.  But not too many people are telling you how to actually build one. Today we’re going to start to change that.

Open Source IoT Platform based on OpenStack and Kubernetes

There are a lot of possible approaches to setting up clustered RabbitMQ on Kubernetes. Today I’m going to talk about the most common pitfalls or all approaches to RabbitMQ clustering, so if you want to come up with your own solution, you should find a good bit of the material meaningful to you.

As a container management tool, Kubernetes was designed to orchestrate multiple containers and replication, and in fact there are currently several ways to do it. In this article, we’ll look at three options: Replication Controllers, ReplicaSets, and Deployments.

We’re used to thinking about scaling from the point of view of a Deployment; we want it to scale up under different conditions, so it looks for appropriate nodes, and puts pods on them. DaemonSets, on the other hand, take a different tack: any time you have a node that belongs to the set, it runs the pods you specify.  For example, you might create a DaemonSet to tell Kubernetes that any time you create a node with the label app=webserver you want it to run Nginx. Let’s take a look at how that works.

Got suggestions for our upcoming sections? Let us know in the comments!