What are Kubernetes Secrets? 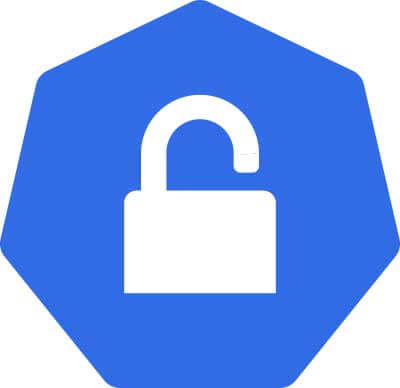 The concept of Secrets refers to any type of confidential credential that requires privileged access with which to interact. These objects often act as keys or methods of authentication with protected computing resources in secure applications, tools, or computing environments. In this article, we are going to discuss how Kubernetes handles secrets and what makes a Kubernetes secret unique.

Why are Secrets Important?

In a distributed computing environment it is important that containerized applications remain ephemeral and do not share their resources with other pods. This is especially true in relation to PKI and other confidential resources that pods need to access external resources. For this reason, applications need a way to query their authentication methods externally without being held in the application itself.

Kubernetes offers a solution to this that follows the path of least privilege. Kubernetes Secrets act as separate objects which can be queried by the application Pod to provide credentials to the application for access to external resources. Secrets can only be accessed by Pods if they are explicitly part of a mounted volume or at the time when the Kubelet is pulling the image to be used for the Pod.

How Does Kubernetes Leverage Secrets?

The Kubernetes API provides various built-in secret types for a variety of use cases found in the wild. When you create a secret, you can declare its type by leveraging the `type` field of the Secret resource, or an equivalent `kubectl` command line flag. The Secret type is used for programmatic interaction with the Secret data.

There are multiple ways to create a Kubernetes Secret.

Creating a Secret via kubectl

To create a secret via kubectl, you’re going to want to first create text file to store the contents of your secret, in this case a username.txt and password.txt:

Then you’ll want to leverage the kubectl create secret to package these files into a Secret, with the final command looking like this:

Creating a Secret from config file

You can also store your secure data in a JSON or YAML file and create a Secret object from that. The Secret resource contains two distinct maps:

The keys of data and stringData must consist of alphanumeric characters, -, _ or ..

For example, to store two strings in a Secret using the data field, you can convert the strings to base64 as follows:

And for the next one:

You can then write a secret config that looks like this:

You can also generate a Secret object by defining a secretGenerator in a kustomization.yaml file that references other existing files. For example, the following kustomization file references the ./username.txt and the ./password.txt files, for example:

Then apply the directory containing the kustomization.yaml to create the Secret:

The output should look similar to this:

You can edit an existing Secret with the following command:

This command opens the default configured editor and allows for updating the base64 encoded Secret values in the data field:

How to Use Secrets

To use a secret in an environment variable in a Pod, you’ll want to:

This is an example of a Pod that uses secrets from environment variables:

Kubernetes provides an option to set individual Secrets as immutable. For clusters that extensively use Secrets (at least tens of thousands of unique Secret to Pod mounts), preventing changes to their data has the following advantages:

This feature is controlled by the ImmutableEphemeralVolumes feature gate, which is enabled by default since v1.19. You can create an immutable Secret by setting the immutable field to true. For example:

So now that you’ve had a brief introduction to what a secret is, you’re ready to learn how to use them in practice. Stay tuned to our blog where we’re going to be learning how to apply the concepts we learned here in a practical environment.