As more gas is continually thrown on the already exciting fire of adoption for all-things-containers, it seems to be the Wild Wild West out there in the race to provide services around the container ecosystem, specifically in the emerging market of Containers-as-a-Service (CaaS). There is no shortage of alternatives: new companies, old companies, big companies, small companies, public cloud companies, private cloud companies as well as managed services companies. Everyone is racing west to stake their claim in how developers can more easily adopt, deploy and best harness the flexibility of containers. So what is an enterprising container-user supposed to do? Seems best to join around the campfire with one of the prevalent camps of thought most suitable to you. 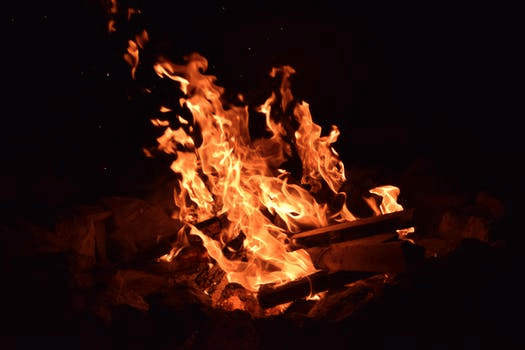 Containers have been around for decades. My initial interaction with them was last century, no kidding. I was the product line manager for Solaris Resource Manager, a precursor to the kernel-based Solaris Containers in Solaris 10 (R.I.P. Solaris, how sad). Containers were terrific for running multiple applications within the same OS image while providing isolation and control of the various system resources. And then came VMware with virtualization, originally enabling server consolidation, flexibility in guest OS images, and over time the addition of advanced features along with other benefits that hit the IT industry by storm and never looked back. Funny, what’s old is new, containers are in vogue again.

But what about CaaS and the camps?

Containers-as-a-Service enables developers to create and control their own container-based clusters without having to get into the complications of containers and container management system details. In essence, CaaS allows developers to focus on the development and packaging of their applications while also allowing IT operations to easily provide containers to developers. To this end, in the Wild Wild West there are many approaches to CaaS, each with multiple companies circling their wagons around different camps of thought. Here are a few:

The “single public cloud” camp comprises all the main public cloud providers. This camp professes that your needs can be met with one brand of public cloud by using their CaaS offering together with other cloud services in their portfolio. If you intend to commit to your favorite public cloud of choice, you will be well served by this camp.

The “for emerging companies” camp focuses on the needs of smaller companies with a commensurate development team, perhaps half a dozen to a dozen. Between the technology and/or the business models, these tend to focus on an easy off-premises onramp for a limited number of cloud resources. Some are managed offerings while others are not. If you fit this scale profile, you’ll be happy in this camp.

The “private and proprietary” camp offers containers as an extension to a legacy environment based on proprietary software. CaaS in this camp may be focused on-premises with some off-premises public cloud capabilities, and is trying to bridge an older deployment model with that of the cloud-native container model. If you are committed to the legacy model and also want some CaaS, this camp may be a fit for you.

You are always welcome at our camp 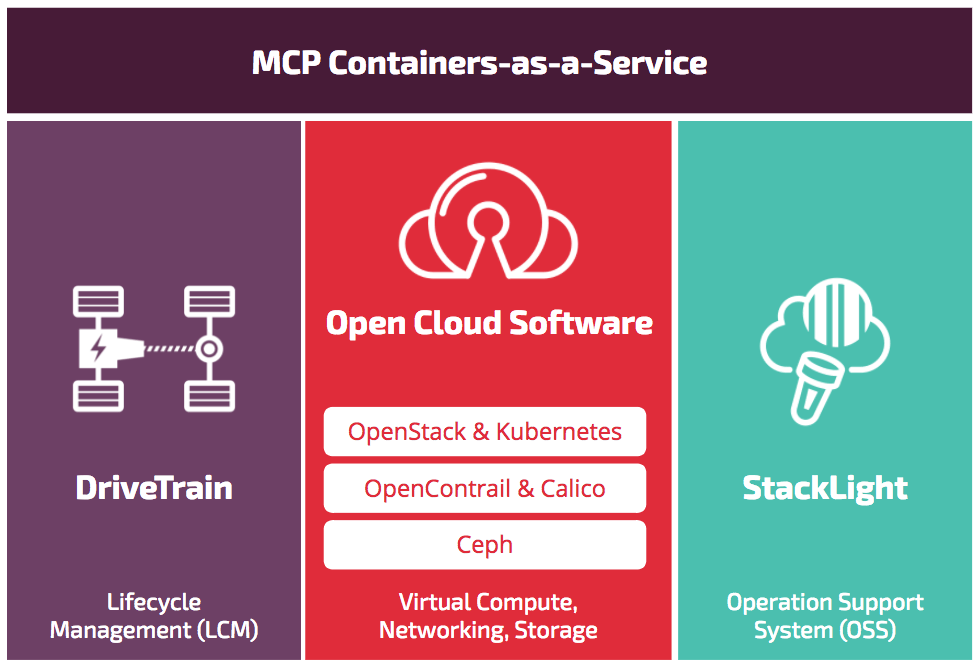 If you like choice in container deployment, you will like our camp. Not only can you run on-premises bare metal containers, but now you can also run on-premises CaaS within MCP OpenStack VM instances. In addition, CaaS enables the use of K8s on AWS instances to round out a true multi-cloud environment managed by the same toolchain. That’s right, Mirantis, the company known for private cloud, is embracing the public cloud. And not just AWS either, more choice in public cloud is coming soon.

If you like modern cloud-native principles, you will like our camp. Kubernetes was designed for cloud-native deployments and DevOps deployment practices. So was MCP. Through DriveTrain, MCP was designed from the ground up for continuous delivery of incremental change. MCP CaaS utilizes the DriveTrain toolchain to allow developers to create, resize and destroy K8s clusters through a simplified Web user interface. Don’t run your containers on an antiquated environment that wasn’t designed for the cloud-native world. 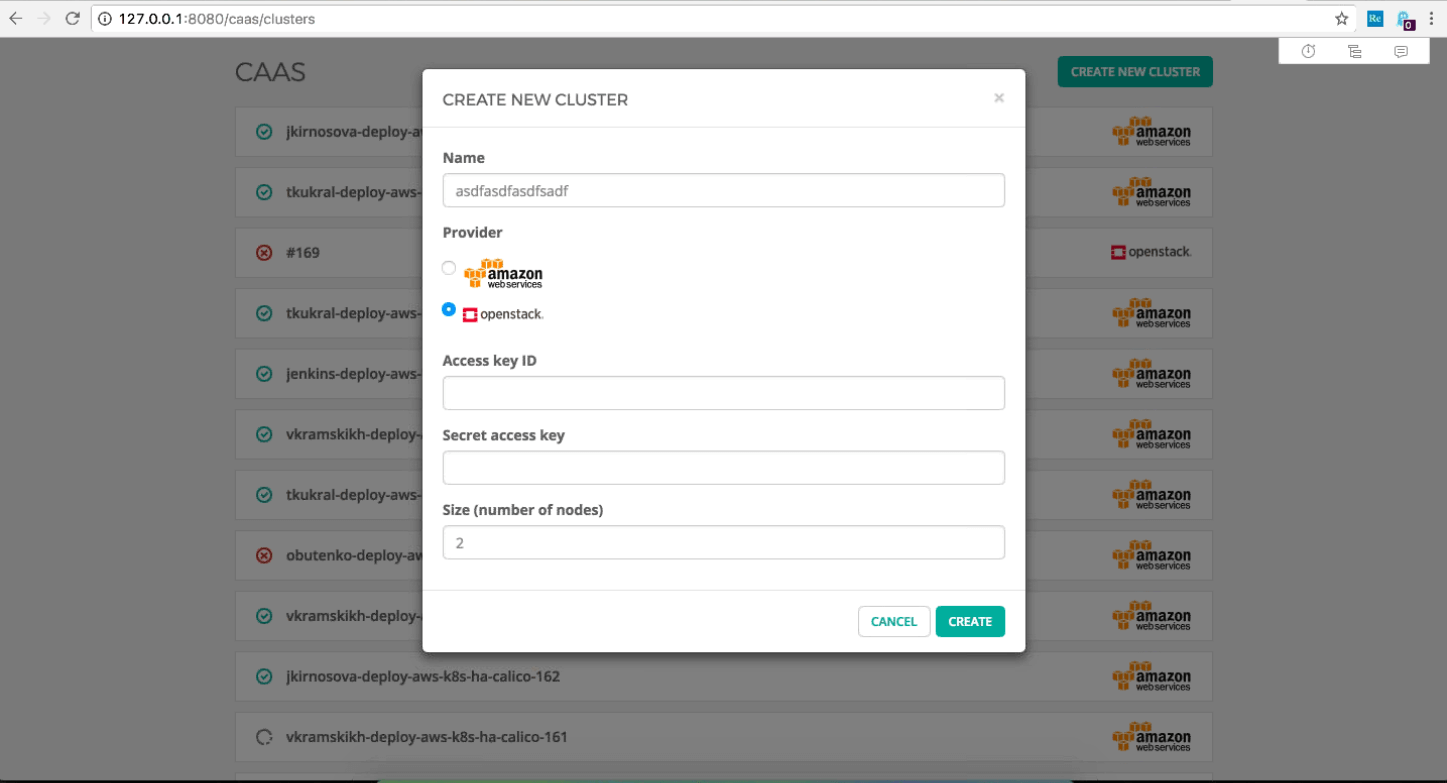 If you like flexibility in delivery models, you will like our camp. We can manage MCP and your CaaS environments for you with OpsCare, or you can manage them yourself with enterprise support from Mirantis ProdCare or LabCare. Ensuring you start off with the highest success possible, OpsCare allows you to focus on application development and deployment while Mirantis focuses on your multi-cloud environment with up to 99.99% SLAs. Through a Build, Operate, Transfer model we also afford you the flexible decision as to if and when you would prefer to take over operations.

The choices are yours. The software is 100% open source. Meanwhile, there’s no need to rough it, I’m going to put another log on the fire and hope you join our camp.

To learn more about CaaS and the new offering from Mirantis, join us on Tuesday, October 17 for a webinar, “Containers-as-a-Service: It’s not just a buzzword anymore.”

p.s. This seemed fitting…here I am in my “Dude Wagon” when I was about 4 or 5 years old. So long, partners! 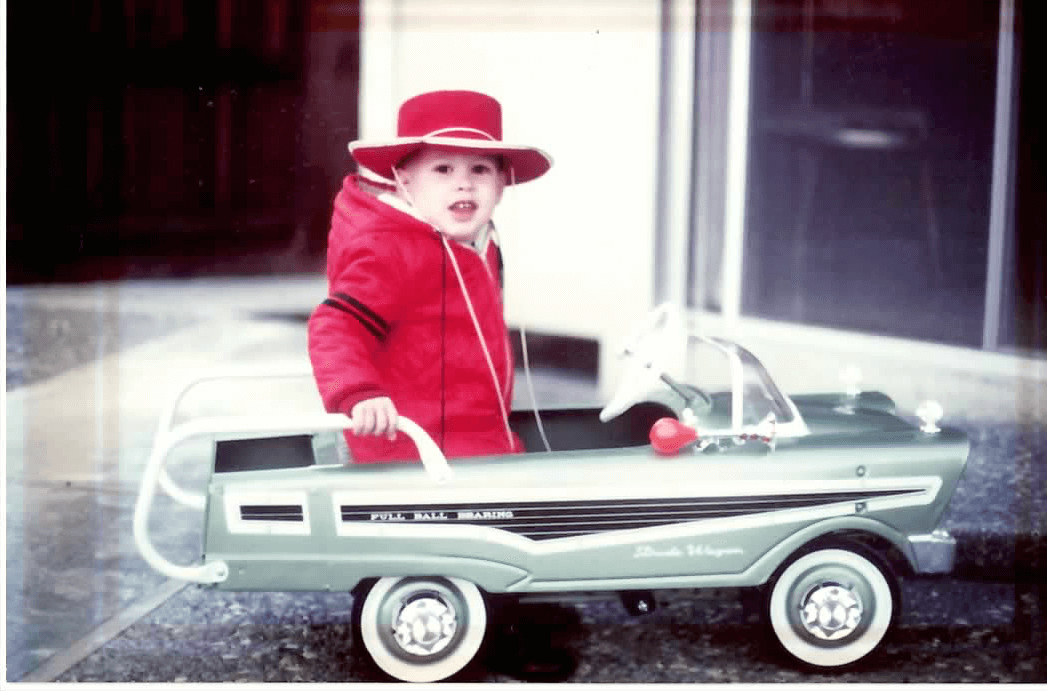