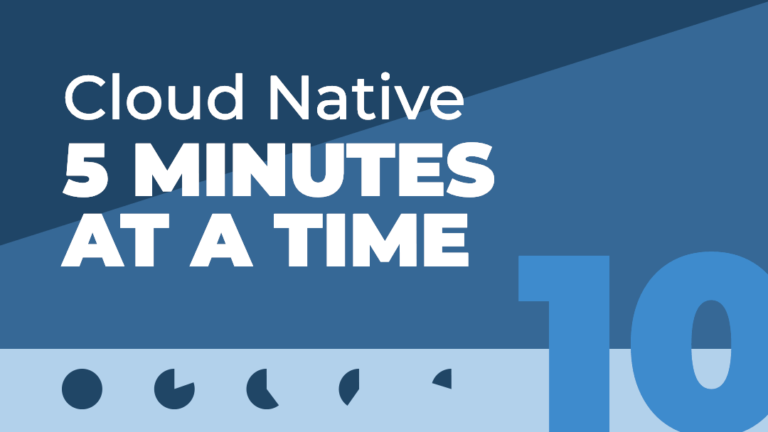 Now that we have a grasp of container fundamentals, it’s time to explore how we can deploy containerized applications using Kubernetes. If you’re hopping onboard with this lesson and feel comfortable with the basics of using containers, this is a great place to start. If you need a primer or refresher on containers, you may wish to start with our first unit.

Why Deploy Applications via Containers?

Before the advent of containerization, organizations deployed applications from either physical or virtualized servers, typically located either in the application owner’s data center or the facilities of a hosting provider.

Traditional deployment from aphysical serverwas often wasteful and slow to provision. If the application needed to scale up for increases in traffic, new machines and load balancing mechanisms would have to be set up manually—and often wouldn’t use those compute resources efficiently, leaving processing power and storage paid for but unused.

Virtualizationgoes some way toward solving these efficiency and provisioning problems by simulating the full stack of application dependencies—from software libraries all the way down to the operating system kernel. Virtual machines (VMs) can be quickly replicated like any other piece of software, and multiple VMs can cohabitate on the same physical computer.

For some deployments, virtualization is an excellent solution. But for applications operating at scale, VMs can be sub-optimal in terms of both resource utilization and scalability. The problem lies in the anatomy of a virtual machine: every single instance of the VM is simulating the entire software stack, including the operating system. As you add more and more instances, that turns into a lot of duplicated effort—and spinning up an entire operating system every time you provision a new instance inevitably slows down the process.

Byduplicating only the unique dependencies of a given application, containers provide a more svelte solution. Deploying containerized apps at scale can provide significant benefits:

Good news all around! But deploying complicated, large-scale containerized apps to production across many hosts poses serious challenges. How do we coordinate tasks across all of those containers? How can containers across many different hosts communicate with one another? These challenges have given rise to a new class of software systems:container orchestrators.

Container orchestrators provide a unified, automated solution for networking, scaling, provisioning, maintenance, and many other tasks involved in deployment of containers.

There are several notable container orchestrators with varying use-cases:

Pronounced (roughly)“koo-brr-net-ees”and sometimes shortened tok8s(“kay-eights”, or “kates”), the project’s name derives from the Ancient Greek κυβερνήτης, which means “captain” or “navigator.” If we understand software containers through the metaphor of a shipping container, then we can think of Kubernetes as the captain that guides those containers where they need to go.

That metaphor is illustrative, but incomplete. Kubernetes is more than a top-down giver of orders—it’s also the substrate (or “underlying layer”) that containerized applications run on. In this sense, Kubernetes isn’t merely the ship’s captain but the ship itself, a self-contained and potentially massive ship like an aircraft carrier or the starshipEnterprise—a floating world that might host all kinds of activity.

An organization might run dozens or hundreds of applications or services on a Kubernetescluster—meaning a set of one or more physical or virtual machines gathered into an organized software substrate by Kubernetes. In this sense, Kubernetes is sometimes understood as a sort of operating system for the cloud.

Kubernetes is designed to run enterprise applications at scale, and it has achieved widespread adoption for this purpose. The Cloud Native Computing Foundation’s2021 Cloud Native Surveyfound that 96% of organizations among its respondents were either using or evaluating Kubernetes.

Within those organizations, there are generally two personas who interact with Kubernetes:developersandoperators. These two roles have different priorities, needs, and usage patterns when it comes to Kubernetes:

There is some overlap between the skills and knowledge that each of these personas will require (and indeed, under some circumstances the same person might fulfill both roles)—developers and operators alike need a basic understanding of the anatomy of a Kubernetes cluster, for example.

Broadly speaking, however, this series will be focused on whatdevelopersshould know to use Kubernetes successfully. In the lessons that follow, we will learn how Kubernetes works, how to build apps for deployment on Kubernetes, and how to streamline the developer experience. By the end of the unit, we will have deployed multiple complex apps to our own cluster.

Our five minutes are up for today—next time, we’ll get a Kubernetes cluster up and running.