The Architecture of a Kubernetes Cluster 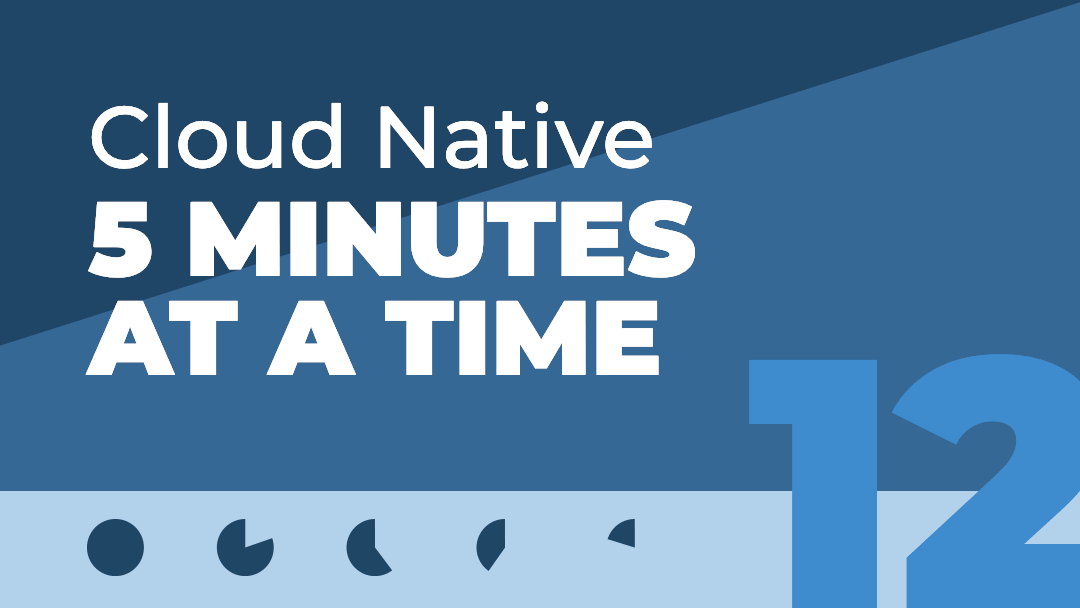 Last time, we set up a local Kubernetes environment and learned three different ways to interact with a cluster: the kubectl command line tool, the Kubernetes Web Dashboard, and the Lens IDE. In this lesson, we’ll explore the architecture of a Kubernetes cluster: its core components, how they interact with one another, and how we interact with them.

A Kubernetes cluster is made up of nodes. A node is simply a compute resource: it can be either a virtual or physical computer.  Last time, we noted that our Minikube cluster is a single-node cluster, meaning that it consists of only one machine–typically a containerized or virtual machine running on our laptop or desktop.

Any node might need to step up and run workloads at any time, so the components required to make that happen are found on every node. Those components include:

We can visualize the fundamental components of a node like this: 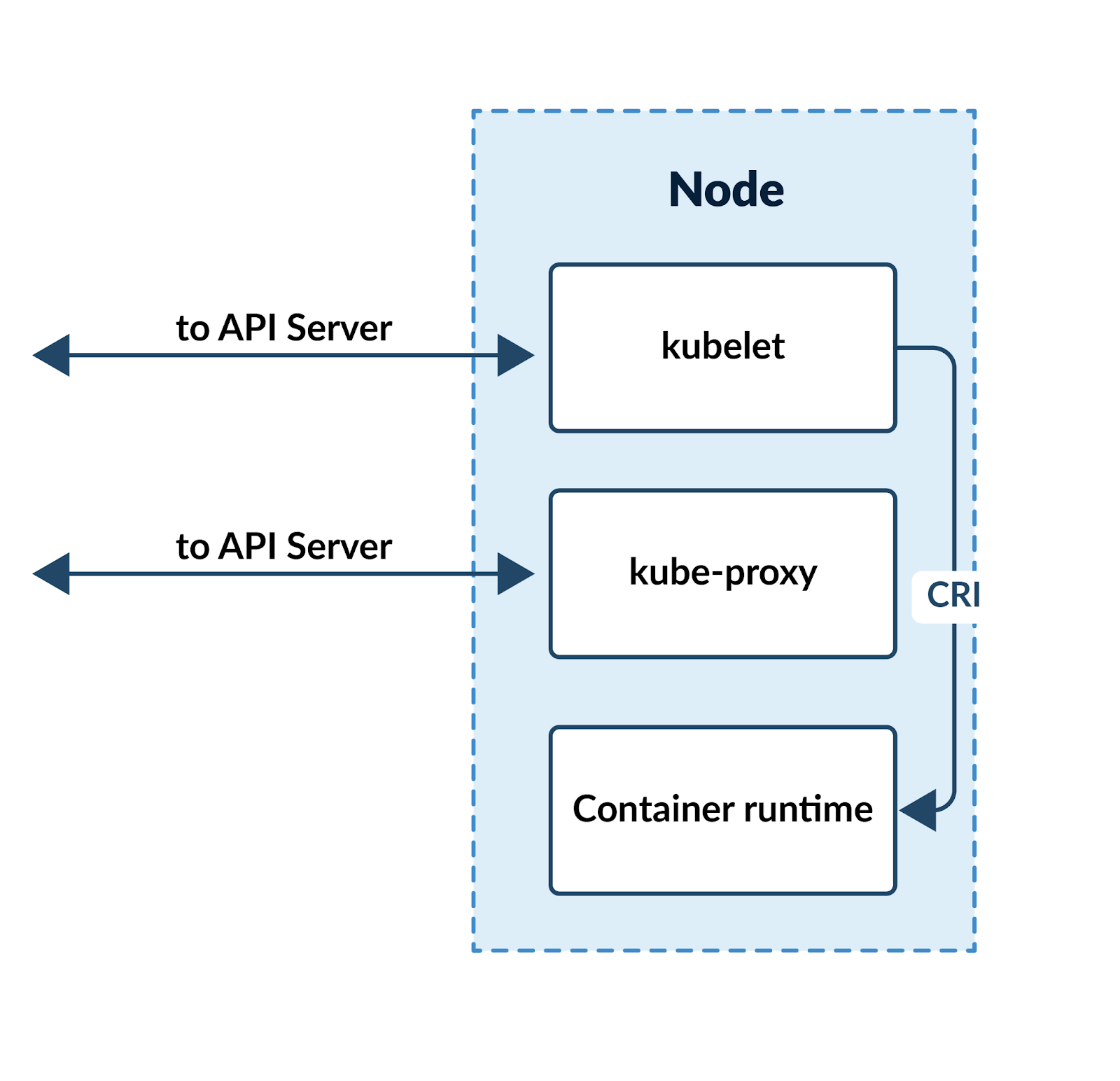 Nodes in Kubernetes clusters are assigned roles. Start your Minikube cluster and then run the following command:

You should see one node, named minikube, because this is a single-node cluster.

Note the roles listed here. The minikube node is fulfilling the roles of control-plane and master.  What does this mean?

The control plane coordinates the assignment of workloads—meaning containerized applications and services—to other nodes. If there are no other nodes in the cluster, as in our case, then the control plane node has to roll up its sleeves and get its hands dirty.

In a real-world, production-grade Kubernetes deployment, you will almost certainly have many nodes dedicated to running workloads—these are sometimes called worker nodes. Additionally, you will likely have multiple nodes in the control plane. (We’ll discuss this and other architectural patterns shortly.)

A note on terminology.

So what about the master role? At the time of writing (as of release 1.24), it is interchangeable with control-plane. “Master” was the original term and is currently retained to maintain integrations between components that use the label, but the Kubernetes project plans to phase out the use of the word in this context. Eventually, the get nodes command above will only return control-plane for the node role.

This change reflects an ongoing conversation about the suitability of the term “master” in the tech industry and broader culture; many technologies are moving away from the use of “master” terminology just as they moved away from the use of “slave” metaphors several years ago. GitHub, for example, now encourages defining a “main” branch rather than a “master” branch.

The important thing to know when learning Kubernetes is that many third-party resources will discuss master nodes, though the term is no longer used in the Kubernetes documentation. These older resources are referring to nodes with the control-plane role, which we can think of as members of a cluster’s leadership committee. From here on out, we’ll use “control plane” to refer to this role.

Ultimately, the control plane is a group of components that work together to make the actual state of the cluster match its spec. It responds to unexpected events out there in the real world (like a service going down), and it takes onboard any changes to the spec and assigns resources accordingly.

So what are these control plane components?

We can visualize a control plane node like this: 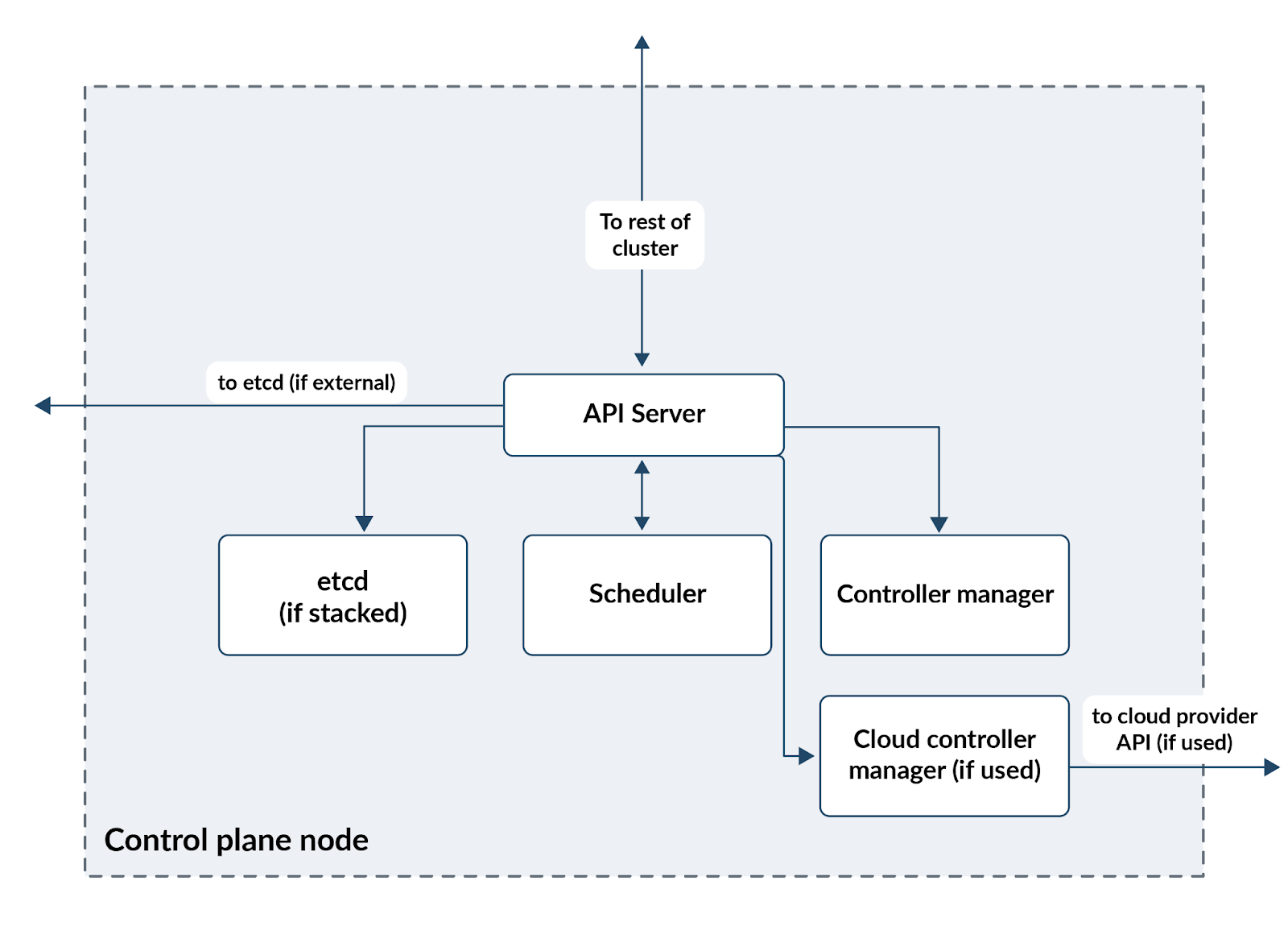 Kubernetes is a distributed system designed in large part for resiliency. But as you can imagine, the control plane could become a single point of failure, especially if it is consolidated on one machine. For this reason, the system offers a “High Availability” configuration, which is the recommended approach for production environments. A High Availability (or HA) cluster will include multiple replicas of the control plane node.

While one of the control plane nodes is the primary cluster manager, the replicas work constantly to remain in sync—and a load balancer can apportion traffic between the various replicas of the API server as needed. Similarly, if duplicates of etcd are sitting on multiple control plane nodes (or an external host), they form a collective that runs its own consensus mechanism to ensure uniformity between the members. These measures ensure that if a control plane node goes down, there are replicas available to pick up the slack.

Before we move on, let’s pause and take stock:

Now, with all of these takeaways in place, let’s look at the big picture. What are the major architectural patterns for a Kubernetes cluster?

For each of the models above, there are two major sub-variants: you might include the etcd data store on the control plane node(s)—a model called “stacked etcd”—or you might host etcd externally. High Availability configurations are possible with both of these approaches to the data store. 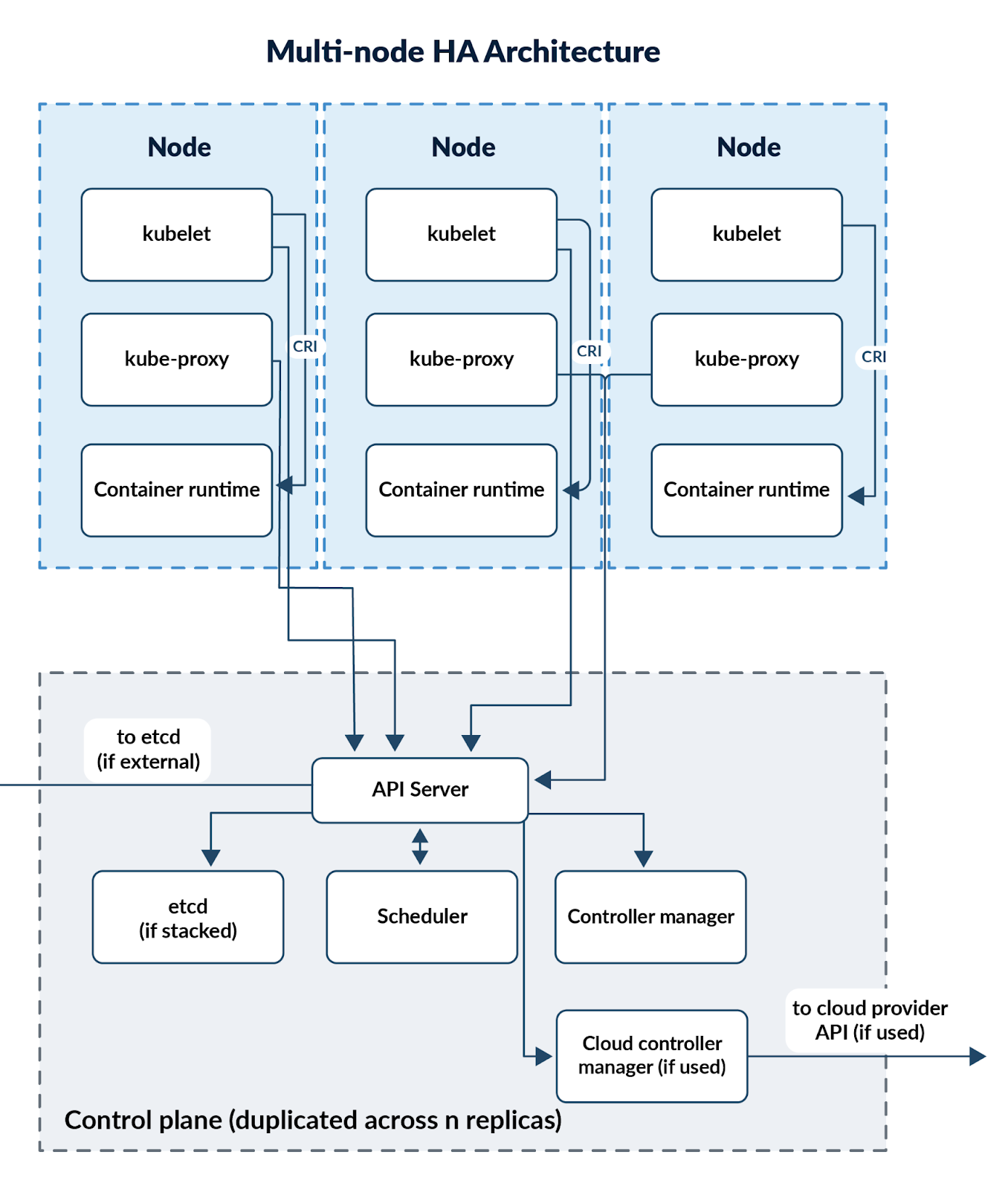 As we’ve established, we’re currently working with a single-node cluster. Let’s get a little more information about that node and see how it correlates with what we’ve learned about Kubernetes architecture:

This command will give us a good deal of information on our node. Read through the output and look for references to the components we’ve discussed. A few sections to note:

My Minikube cluster is running on a container, so the information on my system refers to those details. Here we also find version numbers for our universal node components like the container runtime, kubelet, and kube-proxy.

Further down, we can find information on node resource usage. Note some of the entries in the “Non-terminated Pods” list:

Here we find a number of familiar faces: our instances of the API server, etcd, the scheduler, and the controller manager—the whole control plane team—as well as kube-proxy.

But wait—what’s a pod? That’s a question for our next lesson. Now that we understand the architecture of a Kubernetes cluster, next time we’ll take a look at the core abstractions that govern activity on the cluster: Kubernetes Objects.